A rapper performing Wednesday night at the North Park Observatory was jumped while performing. 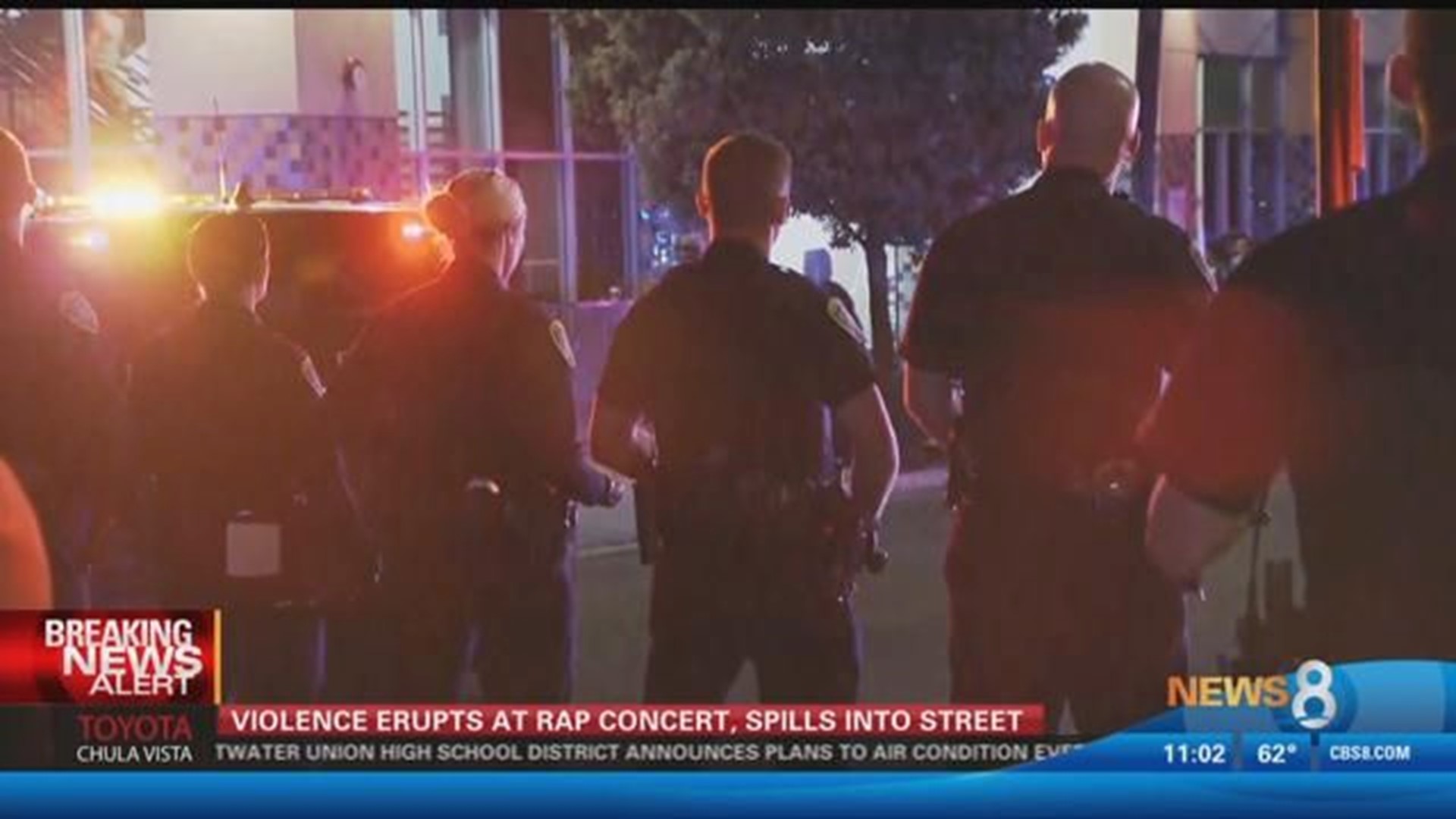 SAN DIEGO (NEWS 8) - Rapper XXXTentacion was knocked unconscious and a 19-year-old concertgoer was stabbed during a brawl that broke out during a performance at the Observatory North Park, police said Thursday.

Someone rushed up on stage at the venue on University Avenue near 29th Street and punched XXXTentacion around 8:45 p.m. Wednesday, San Diego police Sgt. Jordan Wells said. The rapper was whisked offstage as security guards fought with about 10 other people.

Witnesses said the incident took place early on in the concert. Some also speculated that the person who rushed the stage was a San Diego-based rapper, Rob Stone. XXXTentacion took to social media saying it was an affiliate of Stone's.

At some point during the melee, a 19-year-old victim was stabbed. He was taken to a hospital and was treated for a non-life-threatening injury, according to the sergeant.

The venue was emptied following the fight and police officers were on hand to make sure the crowd dispersed.

No arrests were immediately reported.

Police said the rapper who was punched and the stabbing victim are not speaking to authorities.

WARNING: Live video contains graphic content that may not be suitable for some audiences.