Fighting back against Parkinson's disease

Parkinson’s disease is a nervous system disorder that affects the body’s ability to move and has no cure. 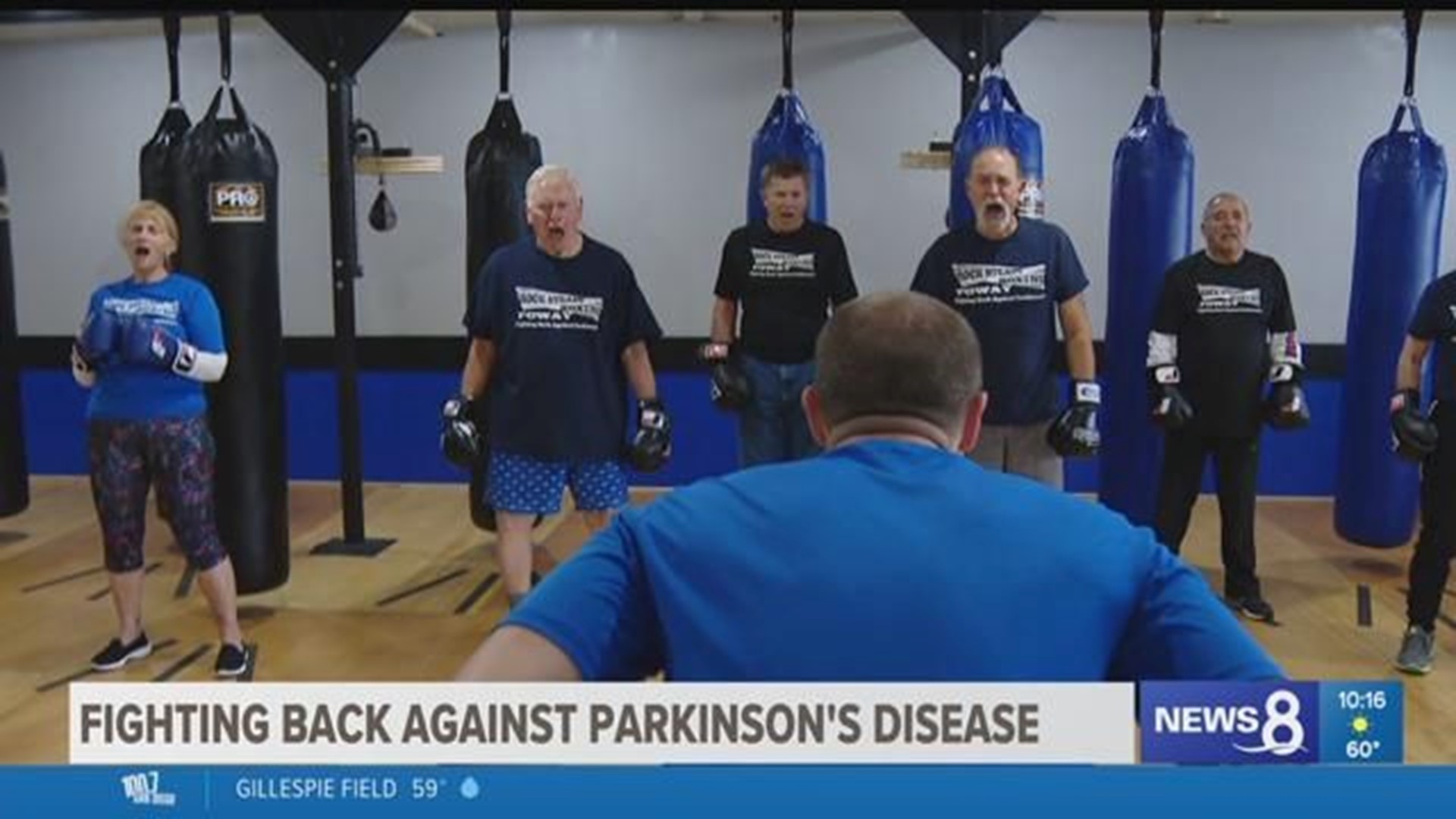 POWAY (NEWS 8) – Parkinson’s disease is a nervous system disorder that affects the body’s ability to move and has no cure.

The disease affects one million people in America, but at Rock Steady Boxing in Poway one would never know that Victoria O’Neal has Parkinson’s because with a one, two – she is knocking out Parkinson’s disease.

“Parkinson’s is progressive. It is going to get worse as long as you keep moving – that is the secret,” said O'Neal.

Bray Rein is part of Rock Steady Boxing – a non-profit with dozens of gyms across the country. While there is no hard data that shows boxing slows down Parkinson’s, Rein’s Brady Bunch is fighting like it does.

“Parkinson’s has the ability to take things away from you. I don’t let it and that is why I am here,” said O’Neal.

Dr. Stephanie Lessig is a neurologist at UC San Diego. She said quality of life is key and said boxing is a champion. “I have seen the biggest change in energy level, people are happier. It has some stretching components. There is some vocalization that occurs in boxing,” she said.

According to doctors, camaraderie is key to fighting Parkinson’s. At Rock Steady Boxing every person is at different stages.

Retired Naval Commander Fred Orton was diagnosed last June and was skeptical about boxing. “I have lots of friends. I am lover, not a fighter,” he said.

To learn more about the Rock Steady Boxing, click here.