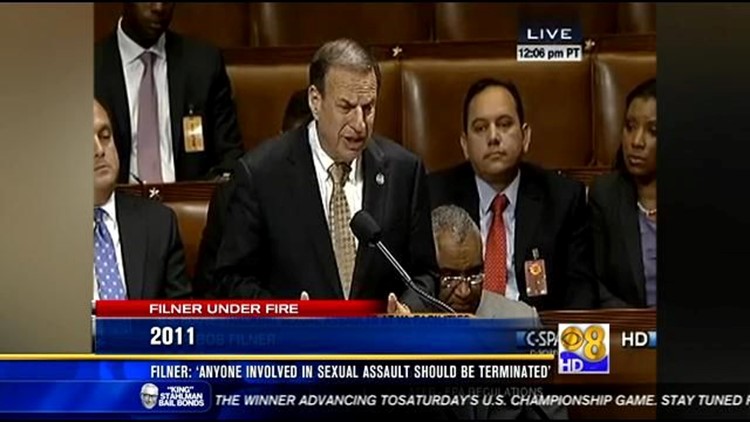 Filner in 2011: Anyone involved in sexual assault should be terminated

Filner in 2011: Anyone involved in sexual assault should be terminated

SAN DIEGO (CBS 8) - The allegations against Mayor Bob Filner paint a very different picture of how he portrayed himself to Congress.

In 2011, then-Representative Filner called for anyone involved in sexual harassment in the military to be held accountable.

"We're going to demand that the employees who did not follow what is clearly stated in rule and law about reporting alleged cases of sexual assault and that they did not follow this. They ought to have been terminated, in my opinion," he said. "This is so serious and would have sent such a good message to those who might either perpetrate or are victims of such assault. They should have been terminated."

Two of Filner's accusers are military veterans who claim they were assaulted in the service. They first encountered Filner at a 2012 event for the National Women Veterans Association of America.