Firefighters are responding to a bus fire that has erupted on SR-163 and Kearny Villa. 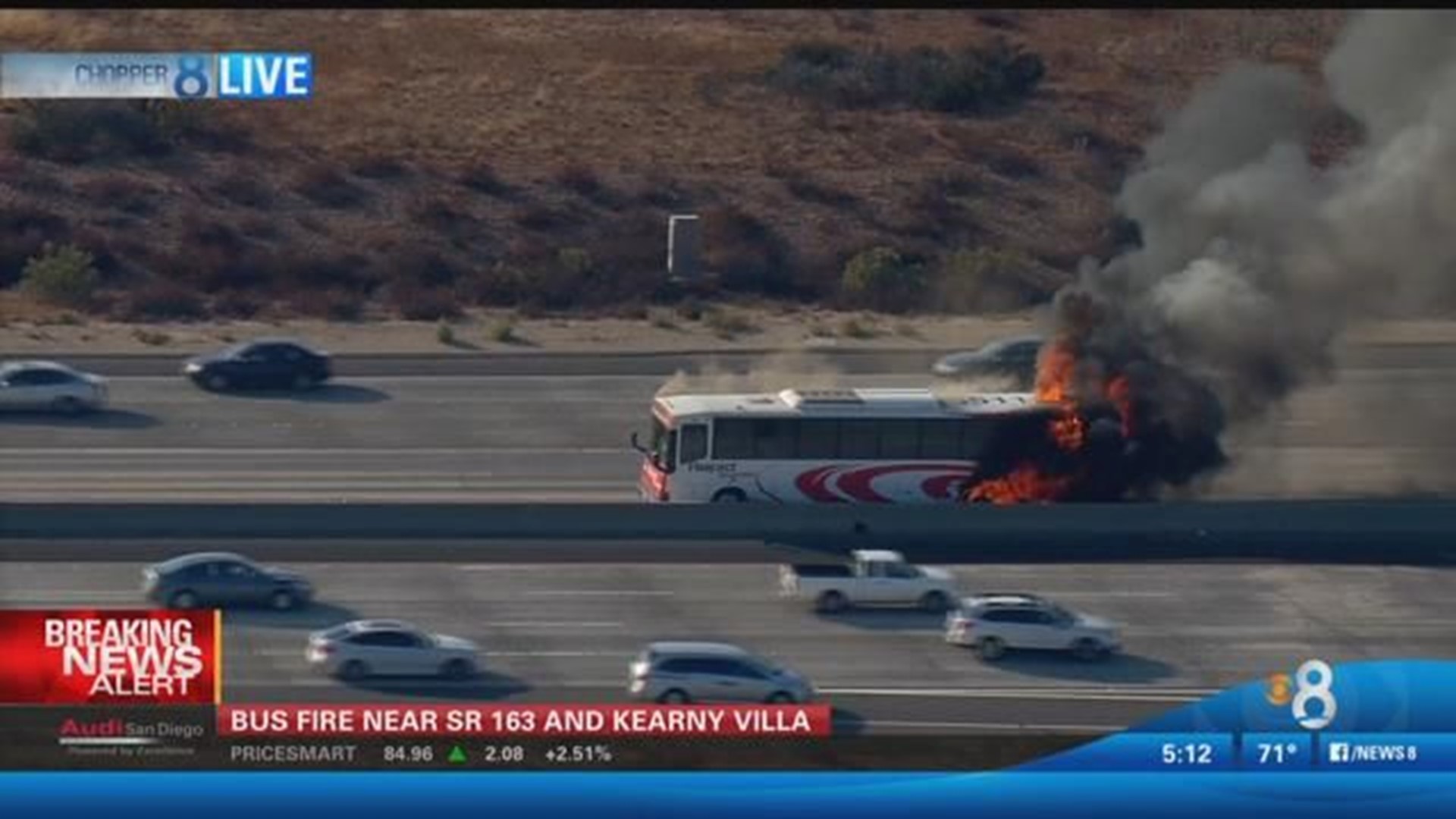 SAN DIEGO (CBS 8/CNS) - Firefighters were able to extinguish a burning bus on state Route 163, just south of Kearny Villa Road in the Miramar area, according to the California Highway Patrol. The two center-most lanes were closed due to the non-injury fire.

The driver of the bus is believed to have been the only one aboard when it began burning for unknown reasons, a fire department spokesman says.