A former dental assistant who groped female patients while they were under anesthesia in the North Park dental surgical office where he worked is scheduled to be sentenced Friday at the downtown co... 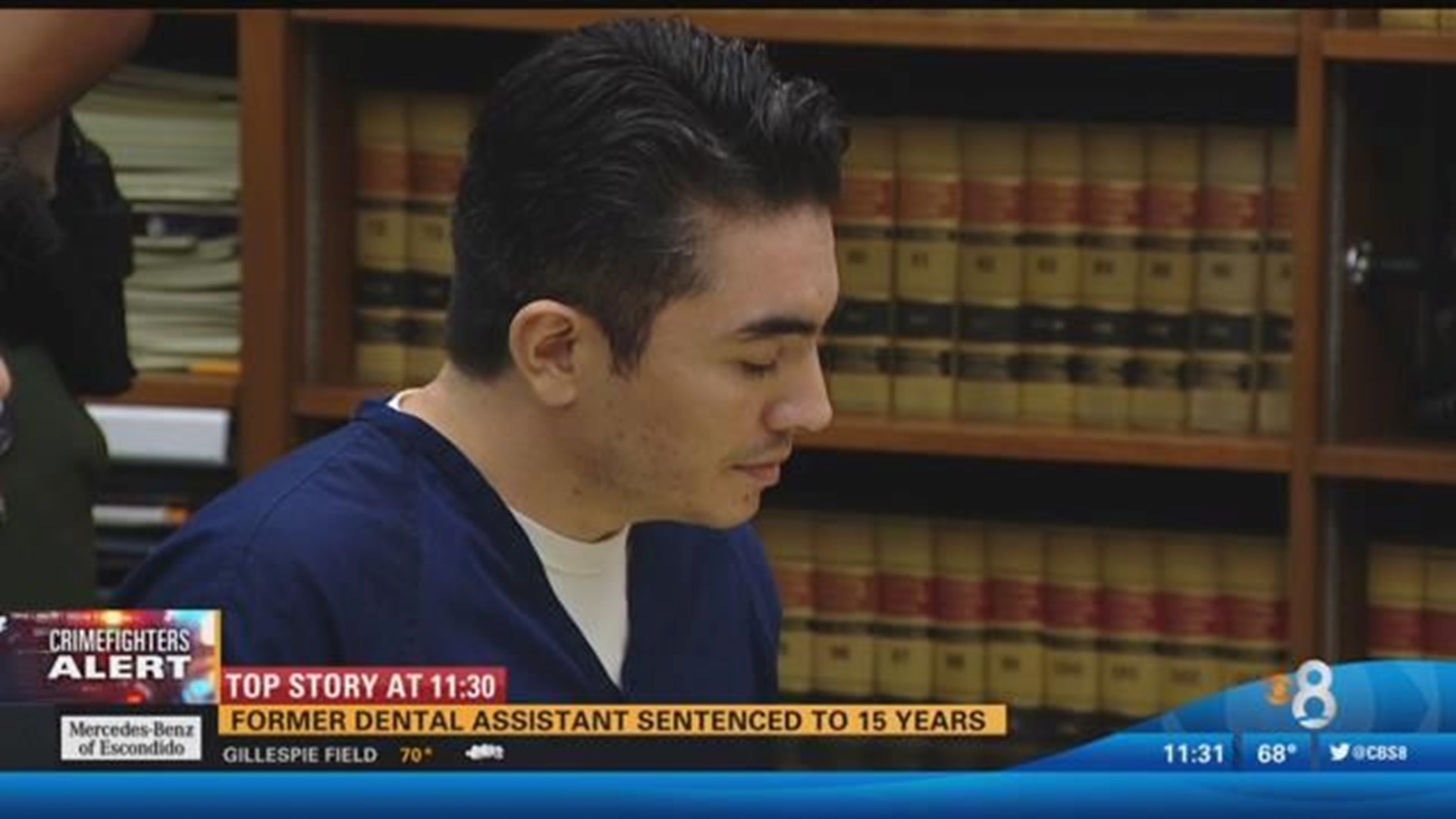 SAN DIEGO (CBS 8) - A former dental assistant who groped female patients while they were under anesthesia in the North Park dental surgical office where he worked was sentenced Friday to 15 years in prison.

Luis Ramos, 36, pleaded guilty in May to 13 felony and misdemeanor charges, including sexual battery of a medically incapacitated person and sexual penetration.

"I am petrified to be sitting here today. Something like this just doesn't go away,'' one of Ramos' victims said in court, calling him "a disgusting, perverted, distorted and sick person.''

The woman she couldn't even enjoy her wedding day because she got a call about the case.

"No punishment will ever be enough,'' she said. "If it was up to me, he (Ramos) wouldn't even be breathing at this moment.''

Deputy District Attorney Martin Doyle said Ramos sexually assaulted victims -- who ranged in age from 17 to 63 -- when they were coming out of anesthesia after dental procedures such as a wisdom teeth extraction. The assaults happened between January 2015 and January of this year.

Most of the victims were seen on hundreds of hours of surveillance video from Park Boulevard Oral & Maxillofacial Surgery. Ramos was initially charged in February with touching the breasts of a 17-year-old girl and putting his face in her chest, then other women came forward, saying similar things happened to them.

An attorney for some of the victims said Ramos put his back to the camera and moved directly under it in some instances so his crimes couldn't be seen. Once he was caught, Ramos called a co-worker to get portions of the surveillance video deleted, the attorney said, noting more than 18 women may have been victimized during the three years Ramos worked at the surgical office.

The attorney unsuccessfully argued that Ramos be given a chance on probation so that he could enroll in a long-term drug rehabilitation program.

Before he was sentenced, Ramos apologized to his victims.

"I understand I hurt undeserving women.''

The judge said Ramos' victims were "extraordinarily vulnerable'' and that the defendant took "took horrible advantage'' of the trust between patient and dental assistant.