The flooding in Houston is causing widespread damage that could take years to recover from. News 8's Steve Price shows us one of our former colleagues who is in Texas witnessing the historic flood. 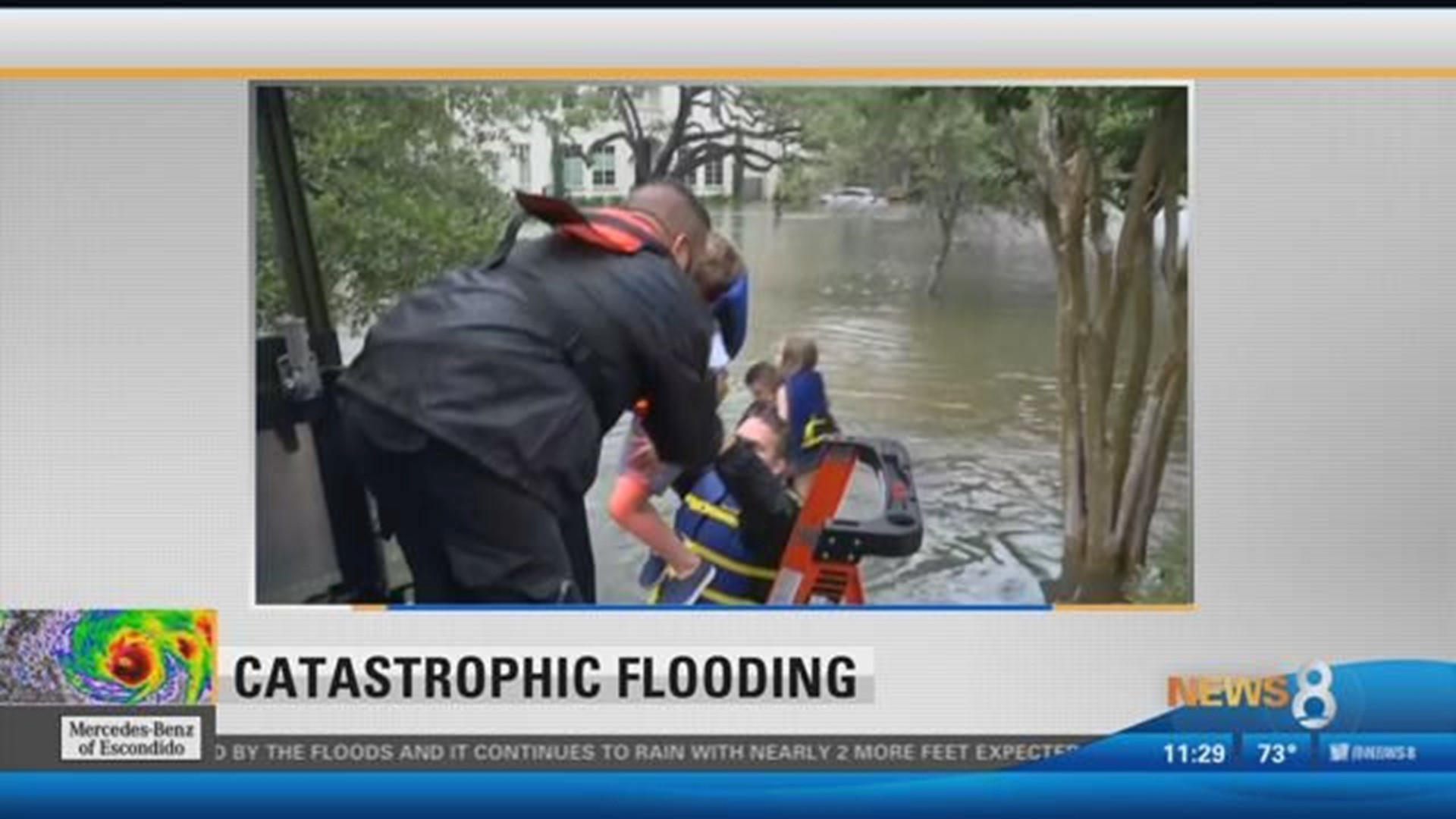 (NEWS 8) — Dramatic water rescues, flooding, and abandoned cars - those are some of the devastating images coming out of Texas.

The severe flooding has left homes and businesses damaged - including our sister news station in Houston.

One of News 8's former colleagues works at that station now and is unable to go to work because of the immense flooding.

Rekha Muddaraj shared video she shot from the front door of her house in Houston.

"I'm stuck at home," she said. "I tried to get into work so many times and I just can't because I need a boat and I need to canoe out - at least 3 miles where I can hit a road that has access to a vehicle."

Rekha works at the now flooded CBS affiliate in Houston.

"Essentially, our station is destroyed," Rekha said. "When they were evacuated yesterday - it was 2 to 3 feet into the building and it was gushing in.

"And now our entire first floor is gone, which is the entire newsroom. It's so sad, because it's everything - our equipment, it's the computers, control room.

Everything is there and it's scary. Thank goodness everyone made it out safely."

Also riding out this storm in Houston right now is KFM-BFM's Mikey Esparza.

Mikey was supposed to come home Sunday, but with all of the airports closed, he's been told the absolute earliest he can get out is Wednesday.

"When I go outside and see rain blowing sideways - it's mind-boggling," said Mikey. "It's unlike anything I've ever experienced in my life - and I'll be candid with you - I don't want to see it again."

Both Mikey and Rekha say it has been heartwarming to see strangers helping strangers and good Samaritans with boats rescuing people from their homes.

And they praise first-responders for working around the clock to save lives.

"I've been hearing helicopters all day for the last 2 to 3 days because thousands of people have been rescued from the roof of their home," said Rekha.

Forecasts for the Houston area show the rain is going to be sticking around for a couple more days but Rekha knows reminders of Harvey's destruction will be there long after the storm is gone.

"Rebuilding this city - the fourth largest city in the country - is going to be quite a task," she said. "It's going to take years to do and it's sad to think about."