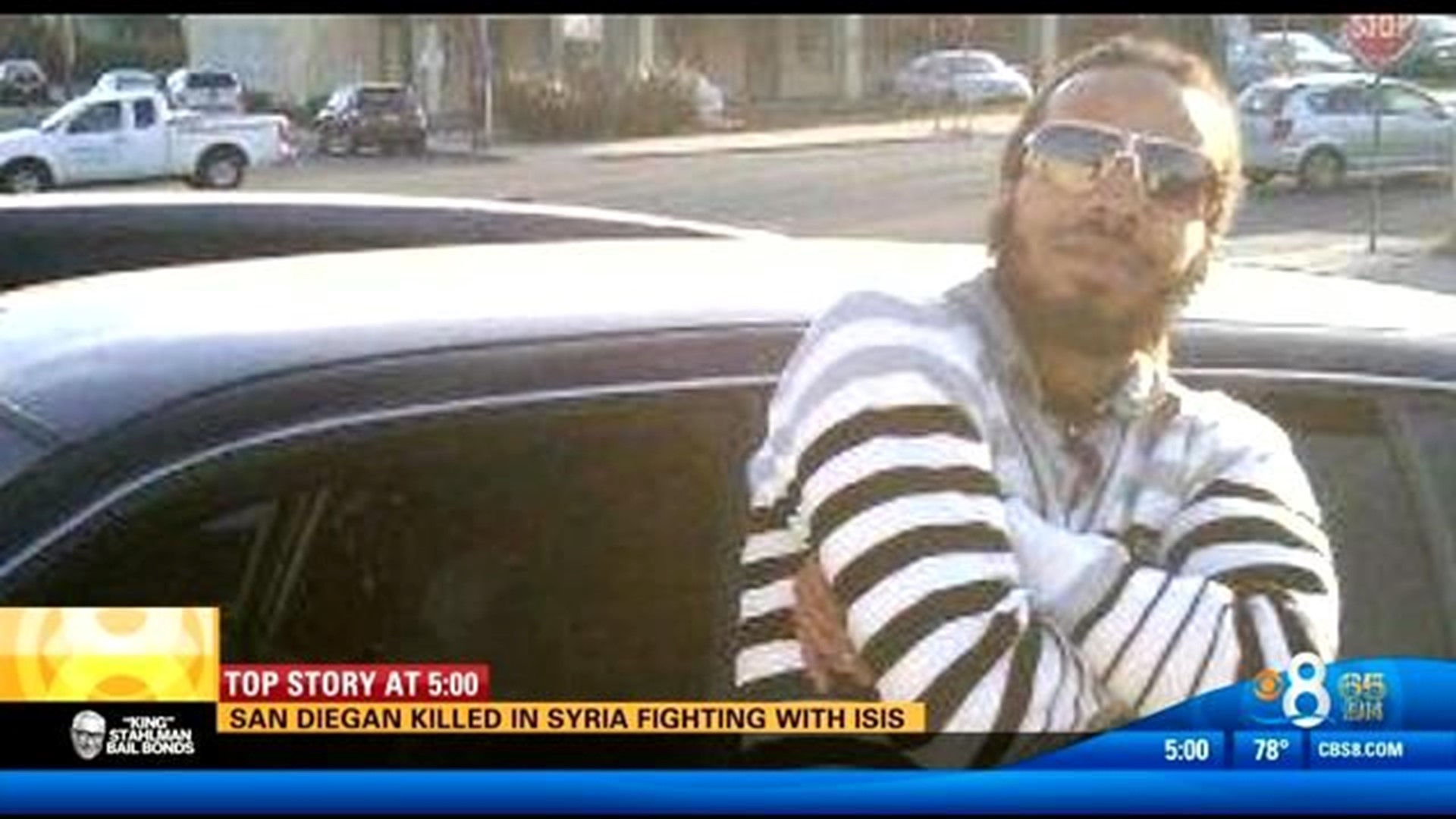 The White House confirms that Douglas McAuthur McCain, 33, was killed fighting in Syria. McCain's uncle told CNN his family was notified of his death by the state department on Monday, saying his family is devastated and surprised by McCain's involvement with ISIS.

It's unclear how long McCain lived in San Diego, but he studied at San Diego City College. He reportedly worked at a now-closed restaurant named African Spice, which was located on 54th Street.

McCain was born in Chicago and grew up in Minnesota, according to his Facebook page. He was also known as Duale, and was reportedly seen around the Masjid Nur mosque on 50th Street.

Following his death, friends took to social media to say "Duale was a son, brother and a friend, not a terrorist."

McCain's own Twitter page leaves behind a digital trail that suggests he traveled to Syria as recently as two months ago. One post says that McCain reverted to Islam 10 years ago and that it was “the best thing that ever happen to me."

A Tweet sent on June 9 was directed at an ISIS fighter, and reads “I will be joining you guys soon.”

ISIS, short for the Islamic State in Iraq and Syria, is seeking to establish a government based on Shariah law.