Several people injured after vehicle rolls off Coronado Bridge into crowd at Chicano Park in Barrio Logan, according to California Highway Patrol. 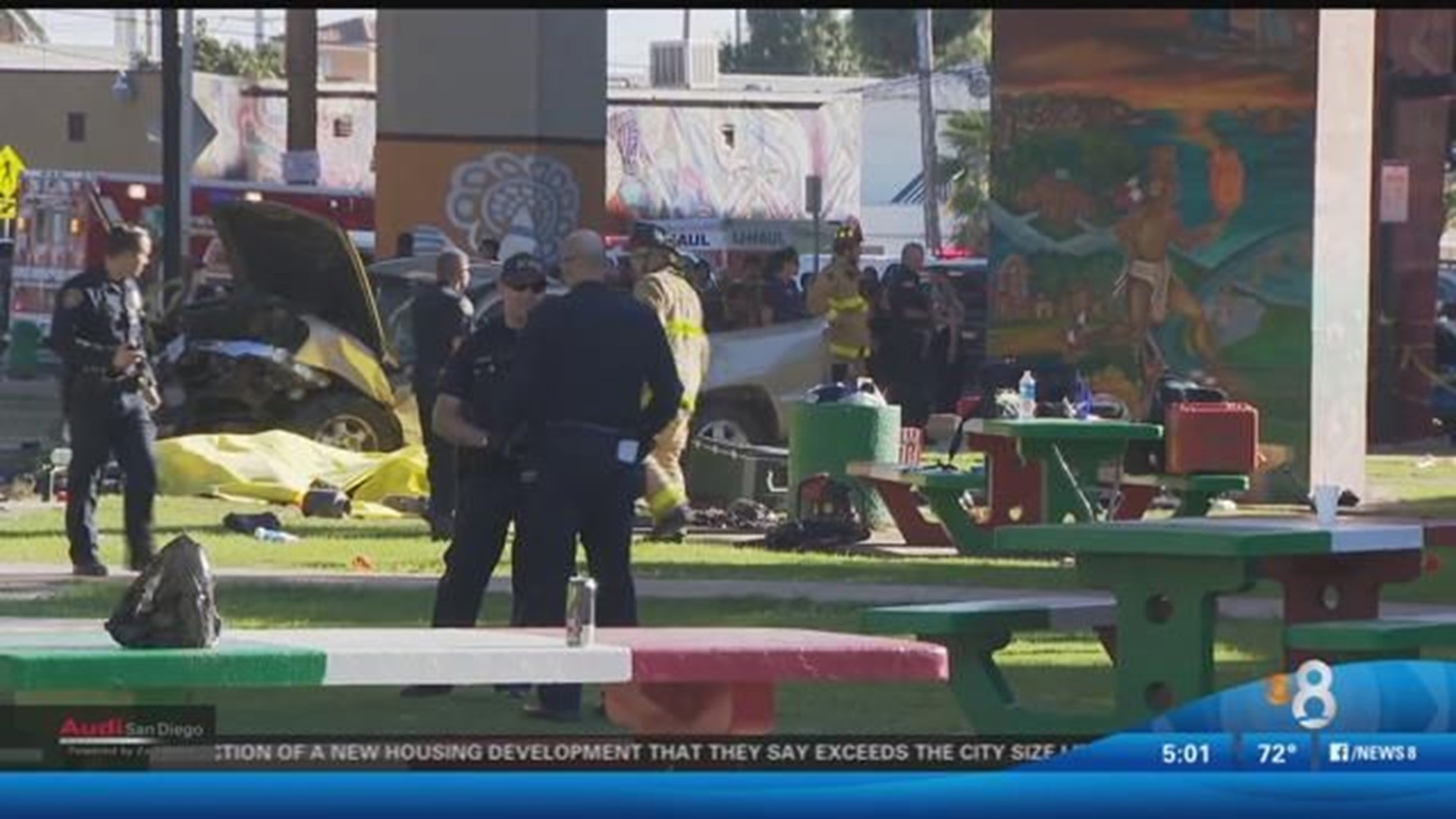 SAN DIEGO (CBS8/AP) — A member of the U.S. Navy was arrested after the pickup truck he was driving plunged off a San Diego bridge, killing four people and injuring nine at a festival below, authorities said.

Authorities identified the driver as Richard Anthony Sepolio, 24, who was stationed at the naval base on Coronado Island across the bay from San Diego. His rank or job description was not immediately available.

Sepolio was alone in the truck Saturday afternoon when he lost control and it struck a guardrail and fell 60 feet onto a vendor's booth at Chicano Park, California Highway Patrol Officer Jake Sanchez said. He was taken to the hospital with major injuries and was later arrested on suspicion of driving under the influence of alcohol or drugs causing deaths and injuries, the officer said. It wasn't immediately known when Sepolio would be arraigned.

"It's horrible. It's horrific. We had innocent people down here having a good time and now they're gone," Sanchez said.

Eight people on the ground were injured. One suffered major trauma and seven others had minor to moderate injuries, said Lee Swanson, a spokesman for the city's Fire-Rescue Department.

Witnesses said the GMC pickup truck with Texas license plates landed on a vendor's booth set up for La Raza Run, a motorcycle ride that ends with a celebration at the park and typically draws hundreds of participants. The crash steps away from a stage where a rockabilly band was playing.

"I saw a truck come right off the freeway. It was going so fast it flew over the stage and landed in front of the stage on a tent, a booth that was set up," Chase Dameron told The San Diego Union-Tribune.

He said four people in the booth were crushed by the truck.

"It was like a movie. It was like in slow motion," Dameron said. "Where it hit, there was dust and debris and instant chaos and panic. People running crazy."

Another witness said the truck hit the front end, bounced and landed on its side.

Photos from the scene show the truck's front end crumpled and its hood popped open.

The park is located beneath the bridge in a predominantly Hispanic neighborhood in central San Diego.