Two women were stabbed in Ocean Beach early Wednesday while attempting to stop an attack on a male companion, police said. 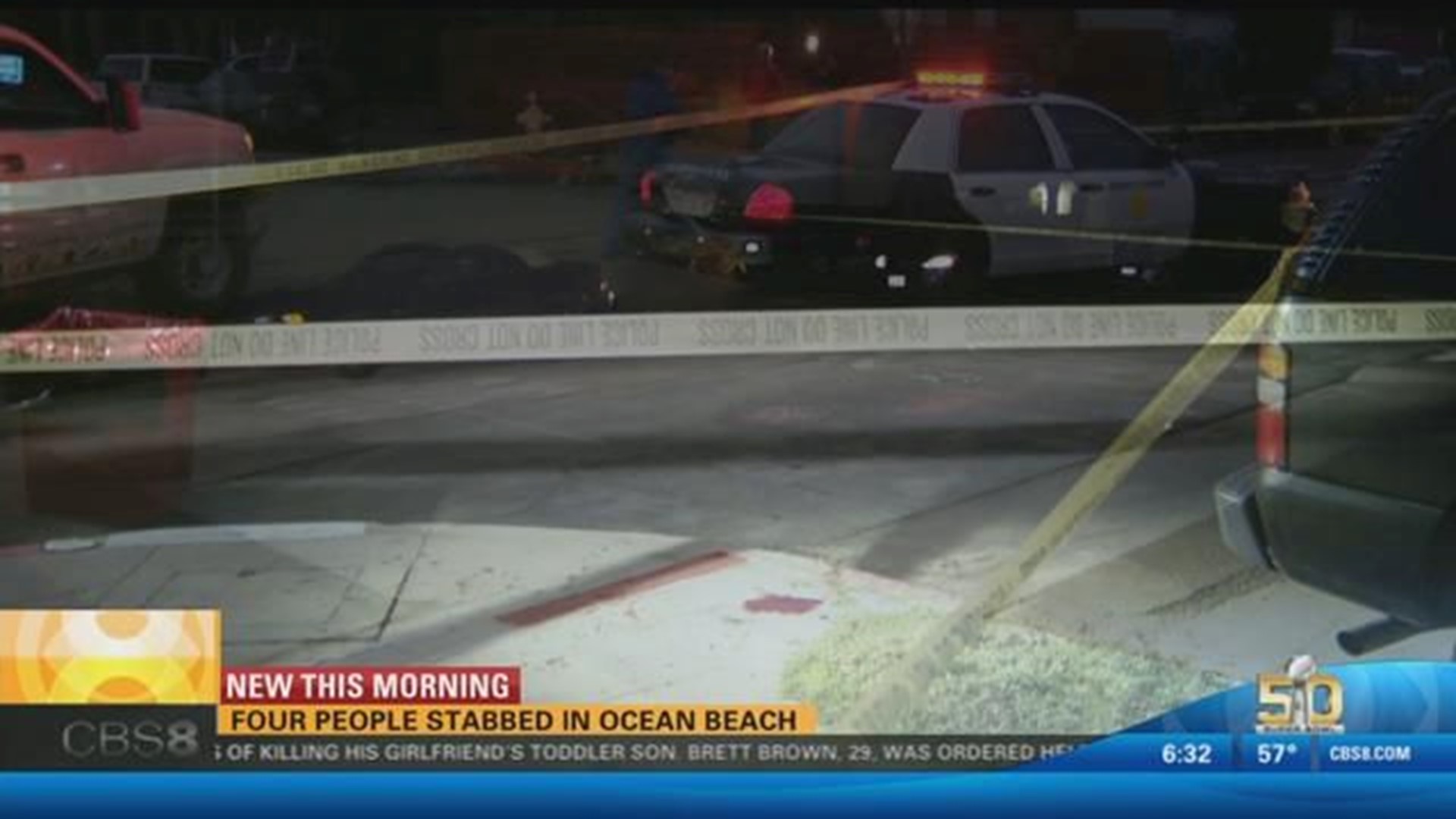 [Warning: This video contains graphic content and may be upsetting to some people.]

A fight ensued in which both the two women and the two suspects suffered non-life-threatening stab wounds, according to the officer.

Police say two women and a man were walking on the street when two suspects came up and started attacking the man. The women tried to help.

The suspects will be facing charges.