Friend: Navy wife met with divorce attorney before her murder

There's new information about the murder of a navy wife whose body was found in San Diego Bay two years after she went missing. A friend of Liz Sullivan said the navy wife met with a divorce attorn... 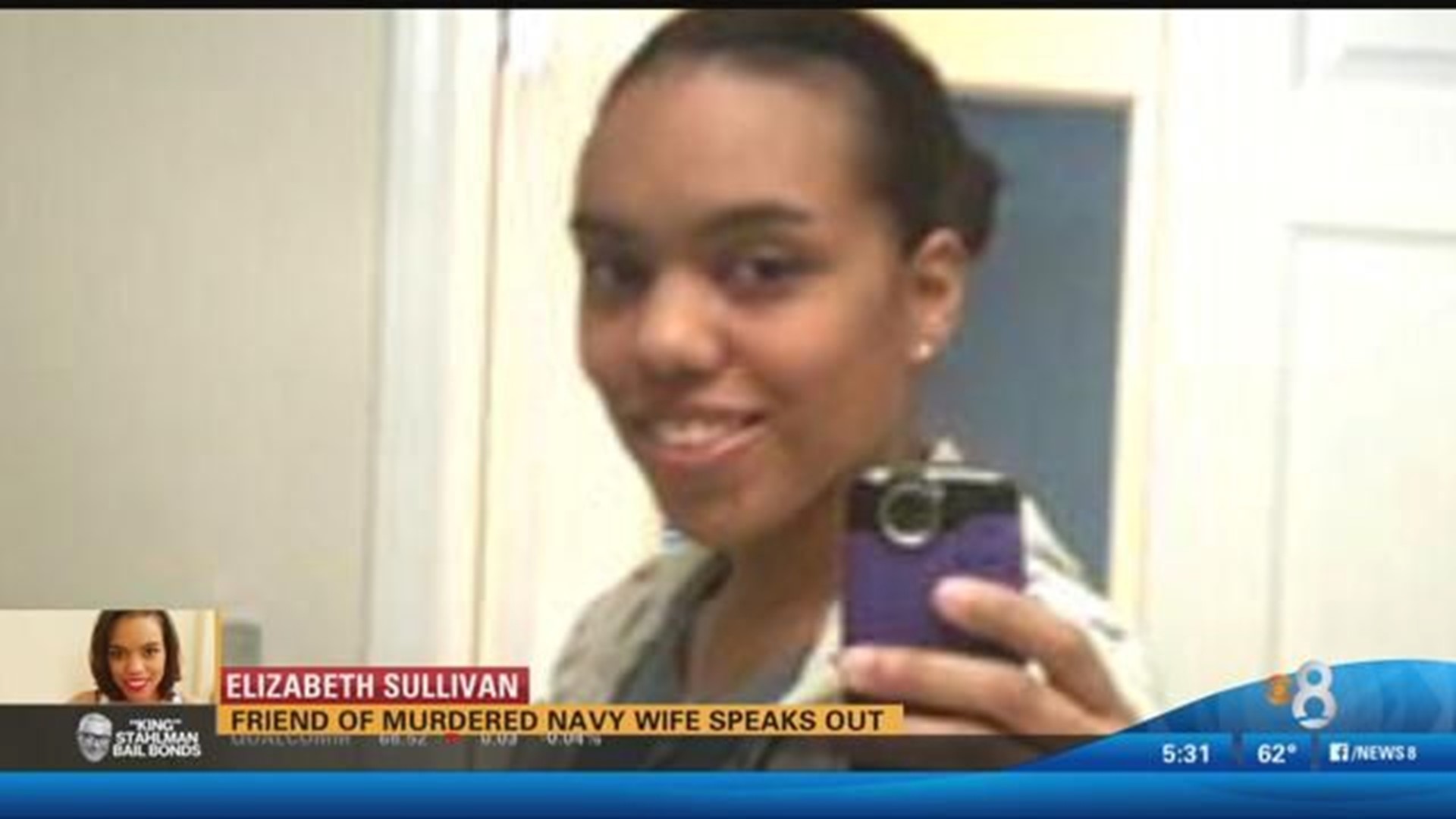 SAN DIEGO (CBS 8) - There's new information about the murder of a navy wife whose body was found in San Diego Bay two years after she went missing.

A friend of Liz Sullivan said the navy wife met with a divorce attorney on the same day she went missing in 2014.

In an exclusive interview with CBS News 8, the friend, Nathan Caracter, also said there was a history of domestic violence and infidelity in the marriage.

Liz Sullivan, 31, lived in military housing on Truxtun Road in Liberty Station with her navy husband, Matt Sullivan, and their two young daughters.

“She was smart, very intelligent, very quick and witty; and a good mother, very dedicated to the wellbeing of her children,” said Caracter.

Caracter and Sullivan became friends – he is gay -- after Sullivan purchased eyeglasses from Caracter while he was working as an optician in San Diego.

The weekend before she went missing in October 2014, Sullivan spent the night at Caracter’s apartment planning her divorce, according to Caracter.

“She had been having a lot of problems with her husband up to that point,” Caracter said.

The final straw, according to Caracter, was when Matt Sullivan told his wife he wanted some of his family members to move into their home.

“Step one was to get a restraining order against Matthew and his family that would keep them away from the home; and the restraining order was going to be based on previous abuse that had been committed against Liz,” said Caracter.

“There were fights, arguments that would escalate to a point where there would be screaming, throwing of objects that would break things.  At one point, he grabbed Liz and shoved her into a bookcase or something wood that broke,” Caracter said.

He said Sullivan had an appointment with a divorce attorney Monday afternoon, October 13, 2014.  But after the appointment Caracter said he never heard from his friend again.

On October 4, 2016, a passerby found Sillivan’s badly decomposed body in San Diego Bay blocks away from her home in Liberty Station.

“To me it almost seemed too obvious, the day that she has an appointment with the divorce attorney she goes missing,” said Caracter.  “It’s almost like, if the husband did it, it would be the stupidest thing on earth to do.”

Another source of tension in the marriage, according to the friend, was that Sullivan had an affair months earlier with another man.

Caracter said the husband found out about the infidelity and the couple was trying to cool things off and work things out.

“She actually did try to reconcile with Matt, try to work on the marriage, be the dutiful wife but it just wasn't there,” said Caracter.

Caracter said detectives have interviewed him on numerous occasions over the past two years.  He said the police questioning focused on himself, the boyfriend, the husband and other individuals he did not know.

He also remembers detectives searching the couple’s Liberty Station home after Sullivan’s disappearance and taking computers away to investigate.

At one point in 2014, police asked Caracter to take a lie detector test and he agreed, but days later detectives told him the polygraph test would not be necessary, he said.

San Diego police said they are investigating Sullivan's death as a murder but detectives have not named the husband or anybody else as a suspect.

CBS News 8 reached out to Matt Sullivan through family members for comment.  So far, our messages have not been returned.

The husband is now living on the East Coast with is two daughters.