A community rallied on Monday night around a local vice-principal who is battling a rare and aggressive form of brain cancer.

SAN DIEGO (CBS 8) - A community rallied on Monday night around a local vice-principal who is battling a rare and aggressive form of brain cancer.

On Monday, a fundraiser was held for him at St. Augustine High School where his wife works. Students from both schools showed their support by showing their love for the Gormly family.

The "Show Your Love for La Familia Gormly and Walk with Us," was formed by students, teachers and alumni who are raising money for the beloved Point Loma High School vice-principle.

"He was always there for us students. He is such a big part of our school and we just want to show him the same support that he has shown us," said Gianna Gibson, a PLHS alumnus.

Mr. Gormly's family said he suffered from severe headaches and was diagnosed with brain cancer in October. After chemotherapy and radiation, more tumors were found. His family said Kevin's prognosis is not good.

Marie Line-Allen, a French teacher who works with Veronica Gormly, said she has visited Kevin who is at home with the help of hospice.

"However much pain he was in, and it was unbelievable, it was humbling, it was extremely humbling," she said.

During Monday's walk, supporters carried barrels filled with cash, and more than $51,000 has been raised online.

Another fundraiser, A Spaghetti Dinner, will be held on June 17th at San Diego's Portuguese Hall. 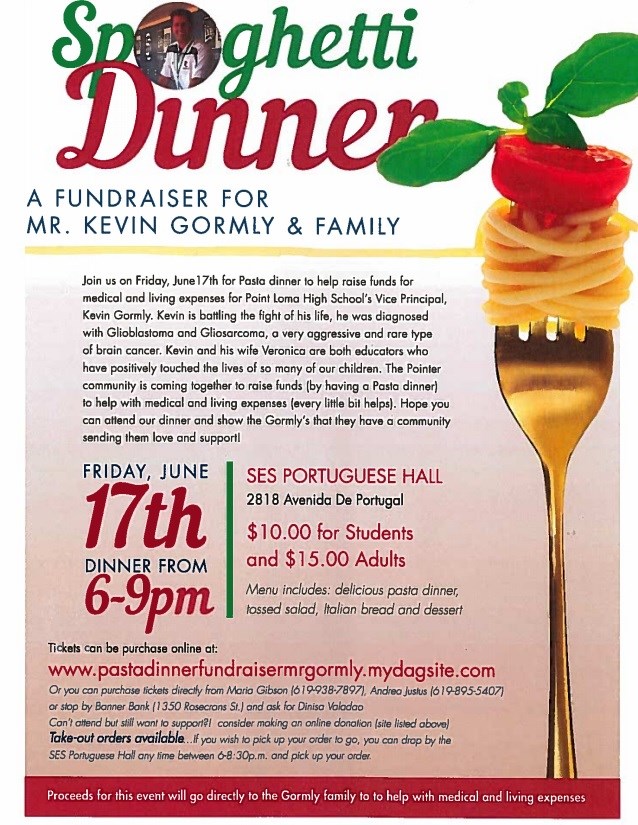