Future of old Escondido Country Club up in the air

The battle continues in North County over a controversial development plan to build hundreds of homes on what was once the Escondido Country Club. 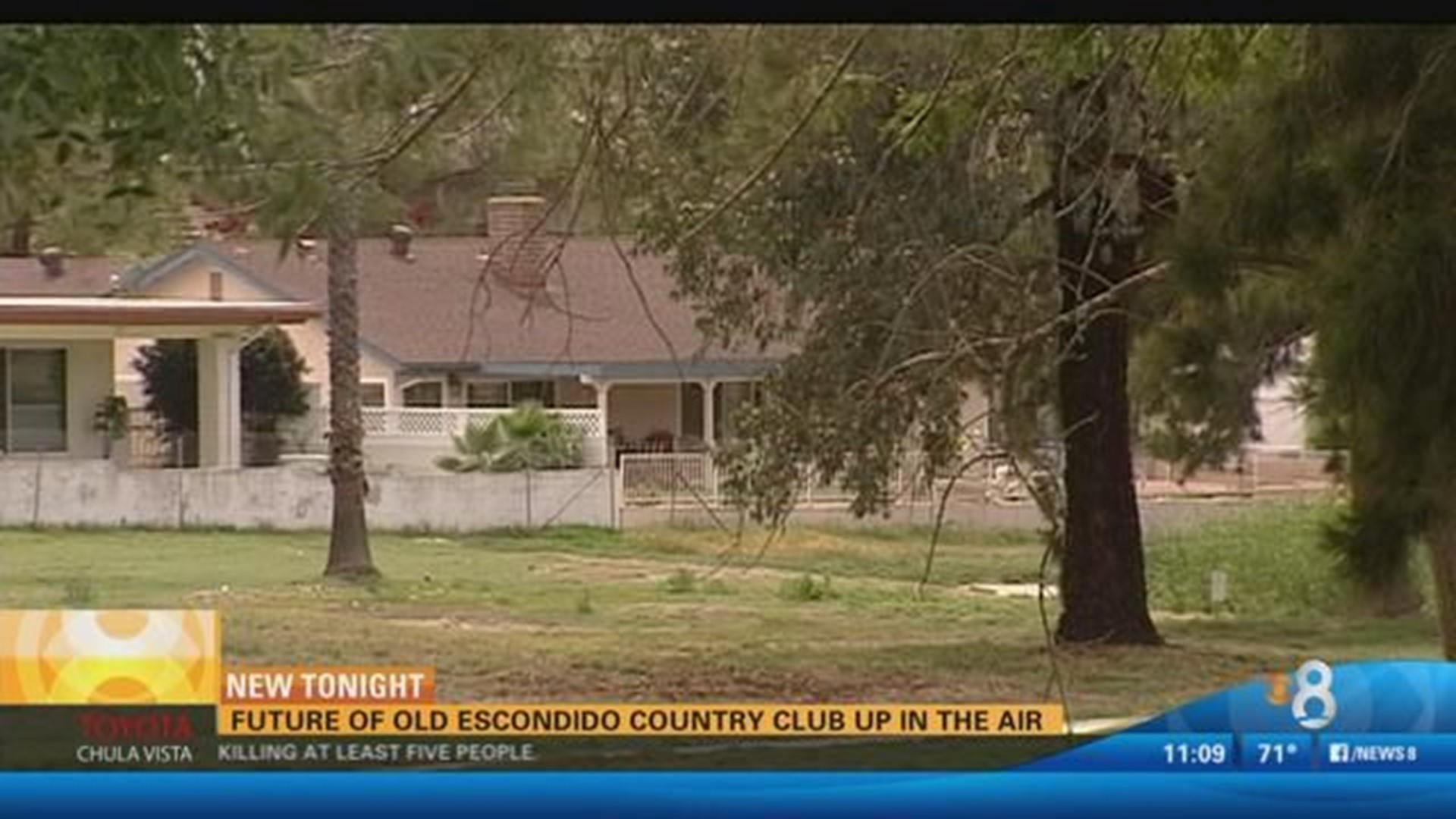 SAN DIEGO (CBS 8) - The battle continues in North County over a controversial development plan to build hundreds of homes on what was once the Escondido Country Club.

The land has fallen into disrepair, as a legal fight has played out over its fate, but neighbors want an open space.

The Grassroots Organization said their independent study showed redeveloping the golf course would thrive, but the mayor does not think so.

The mayor said the housing developer needs to start playing nice, but residents fear that no matter what, the owner is going to get his way and build new homes.

"We are living in an eyesore. An urban decay," said Jeff Frey, an Escondido Country Club resident.

Since 2012, The Escondido Country Club homeowners association known as "Eccho" has been victorious in blocking a massive housing development that would build 400 homes.

The city put a halt to plans by re-zoning the land as "open-space." The Beverly Hills Developer Michael Schlesinger sued, and pulled some stunts, including spreading chicken manure on the land.

"We can't talk to him. We don't trust him. He has bullied us and intimidated us. He has insulted us with the chicken manure. How can we deal with the man?" said Mike Slater, President of Eccho.

During a townhall meeting on Wednesday night with the mayor, Eccho members demanded answers on what is going to happen to the land.

The lawsuit is currently stuck in court, but neighbors want a golf court and worry the city is going to settle and allow a housing development.

The mayor said a closed session next week is planned to discuss the future of the land. He did not address if they will appeal.

The developer, in a statement, said the next step is bringing on a home builder who will work with the city and community outreach on its current plans to build 270 homes.