Opening statements are scheduled Monday in the trial of a parolee accused of sexually assaulting a woman on a pedestrian trail in Balboa Park. 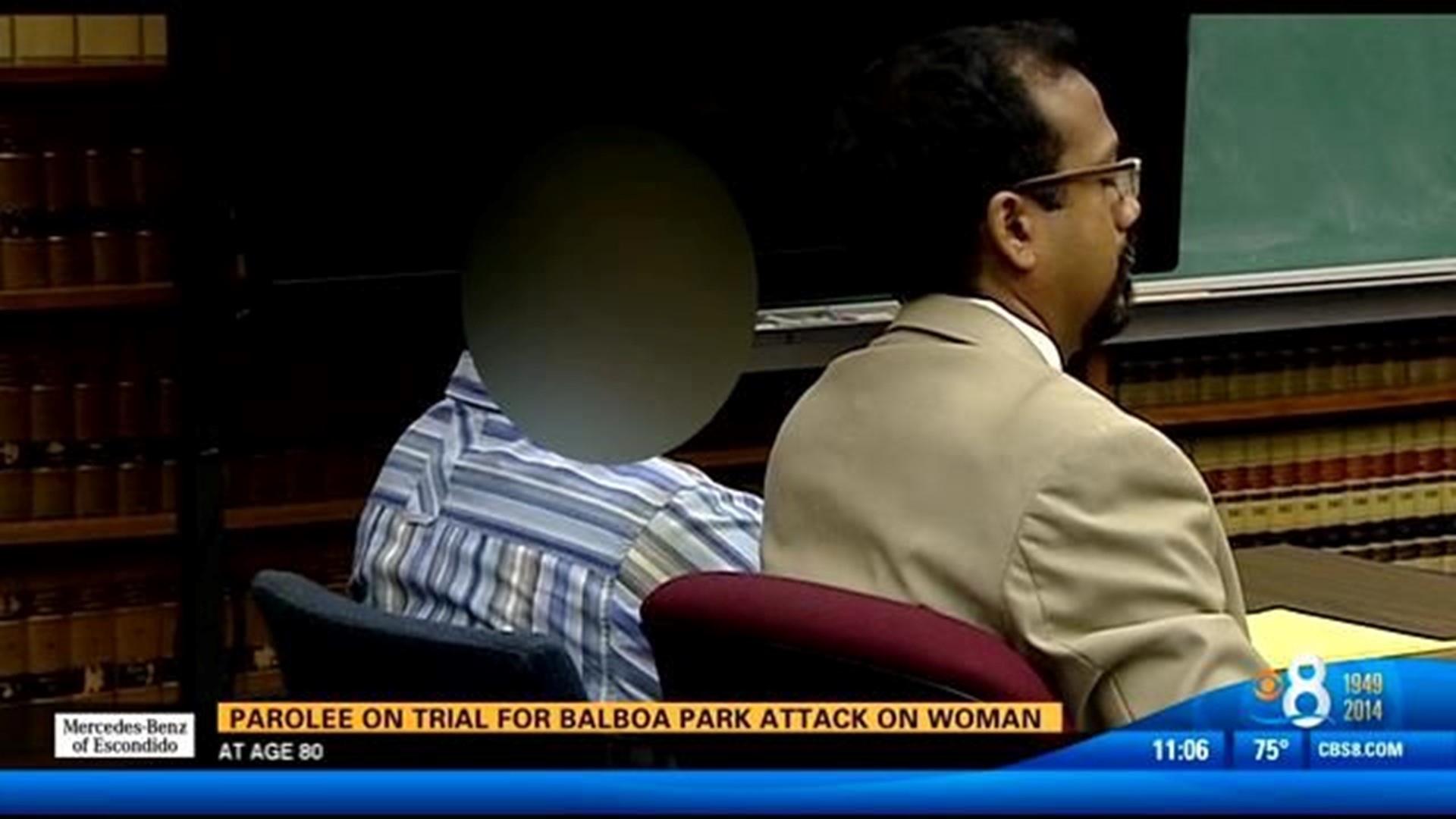 SAN DIEGO (CNS) - A documented gang member who grabbed a woman from behind on a Balboa Park trail intended to rape her, a prosecutor said Monday, but a defense attorney said his client only wanted to take the woman's cellphone to trade it for drugs.

Deputy District Attorney Renee Palermo said in her opening statement in the trial of 21-year-old Ameen Bryant that the defendant stalked, then grabbed the woman on the trail Jan. 14.

The woman ended up on her back with the defendant on top of her, trying to pin her down, Palermo said.

"She (the victim) fought for her dignity," the prosecutor told the jury. "She's yelling, `rape, rape.' He intended to rape her that day."

During the struggle, Bryant put a hand over the victim's mouth, then tried to put dirt in it, Palermo said. Bryant was startled by two joggers and ran off, holding his pants up, the prosecutor said.

The victim and other witnesses identified Bryant as the attacker, according to the prosecutor.

In fact, the defendant went to Balboa Park hoping to steal something he could use to buy drugs, his attorney said.

Bryant planned to run up from behind the woman and steal her cellphone, according to Jayakumar.

After the victim yelled rape, Bryant was so "freaked out" that he ran off without taking the woman's cellphone, the defense attorney said.

"His intent was to steal, not to rape," Jayakumar told the jury.

Bryant had a troubled childhood and began taking drugs and stealing at age 7.

The 24-year-old victim testified she was walking on the trail -- which she had done many times before -- listening to music with her headphones on.

She said she saw Bryant passed Bryant on the trail, then looked back to make sure he wasn't following her.

The woman testified that she got a "creepy feeling" after making eye contact with him.

As she looked back a second time, the woman said she noticed Bryant walking faster and she started running.

As she reached the top of an incline, she said she saw a shadow and felt Bryant's hands around her waist, under her shirt.

She said she fell forward and ended up on her back with the defendant sitting on her hips.

She started yelling "help" and "rape," because she afraid Bryant -- who put his hand over her mouth but said nothing -- might kill her, she said.

"His hands were trying to get at my waist," the woman testified.

She said her attacker never asked for money or her cellphone, which ended up on the ground about a foot away from her.

"I have a small recollection of him trying to pull my pants down," the victim testified. "I told him to get off of me."

Bryant faces 12 years in prison if convicted of assault with intent to commit rape.

The defendant, a documented gang member, was on parole for a 2012 robbery conviction at the time of the attack in Balboa Park, Palermo said.