After months of spiking prices, gas is finally taking a much-needed plunge. 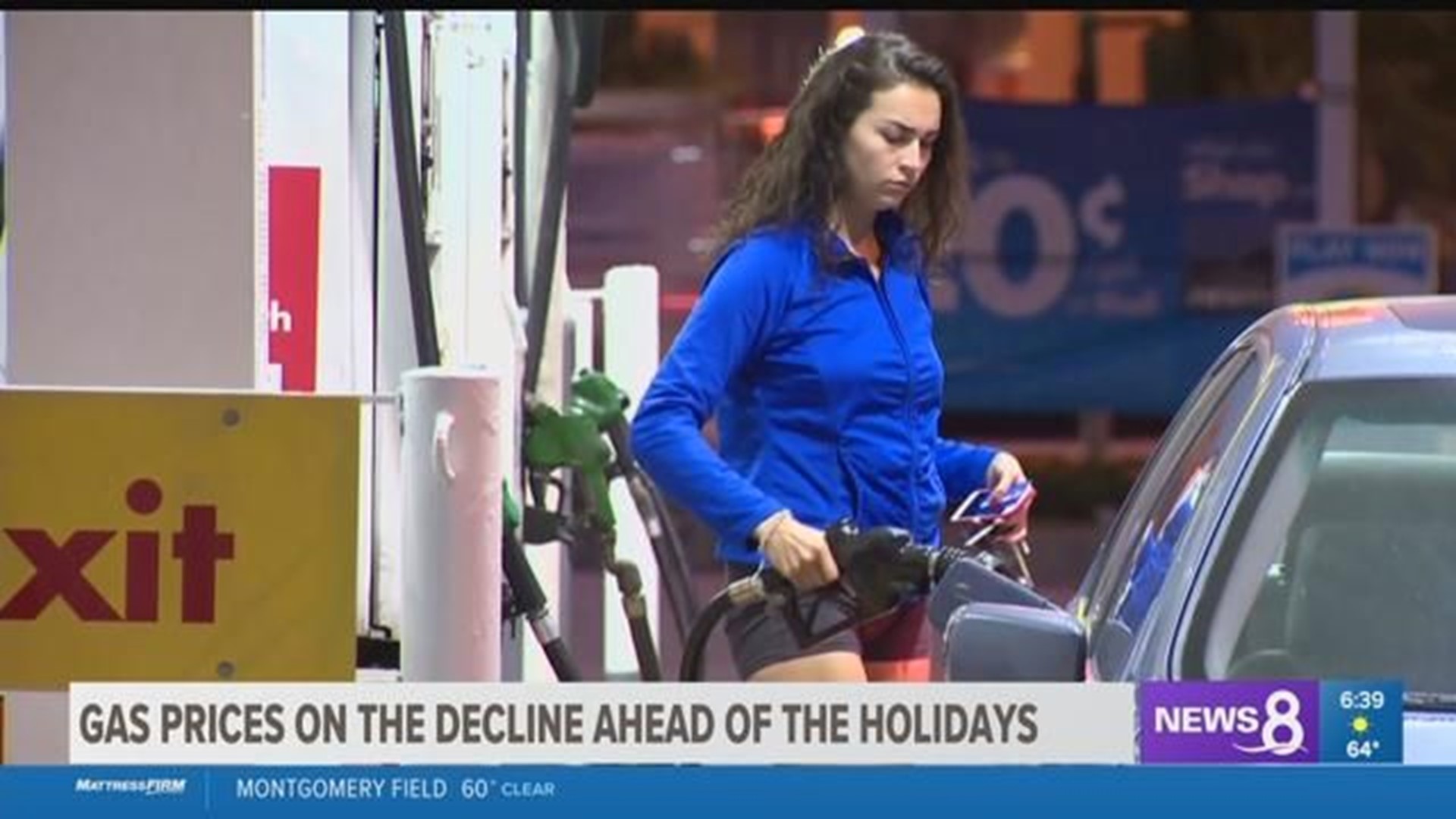 "Well, I hope they go lower,” said one gas shopper on Sunday.

“It would be nice for it to get back to the $2s again,” said another.

Well, we're not anywhere near $2 a gallon with the average cost for a regular gallon of gas in San Diego at $3.41.

But that's around 30 cents less than just a month ago.

According to AAA, one reason for the drop is the United States' record-breaking production levels, which hit the highest level ever recorded by the Energy Information Administration

Statewide in California the average cost is around $3.46 for a gallon of regular.

"Especially if you're driving a bigger car, those small changes in price really add up,” said one woman pumping gas Sunday.

While people are enjoying having a little extra money in their pocket, California drivers are still paying over $1 more than other drivers across the country.