Giving Tuesday: A day to give back

The holiday shopping season is in full swing, but on Tuesday it was all about giving back. 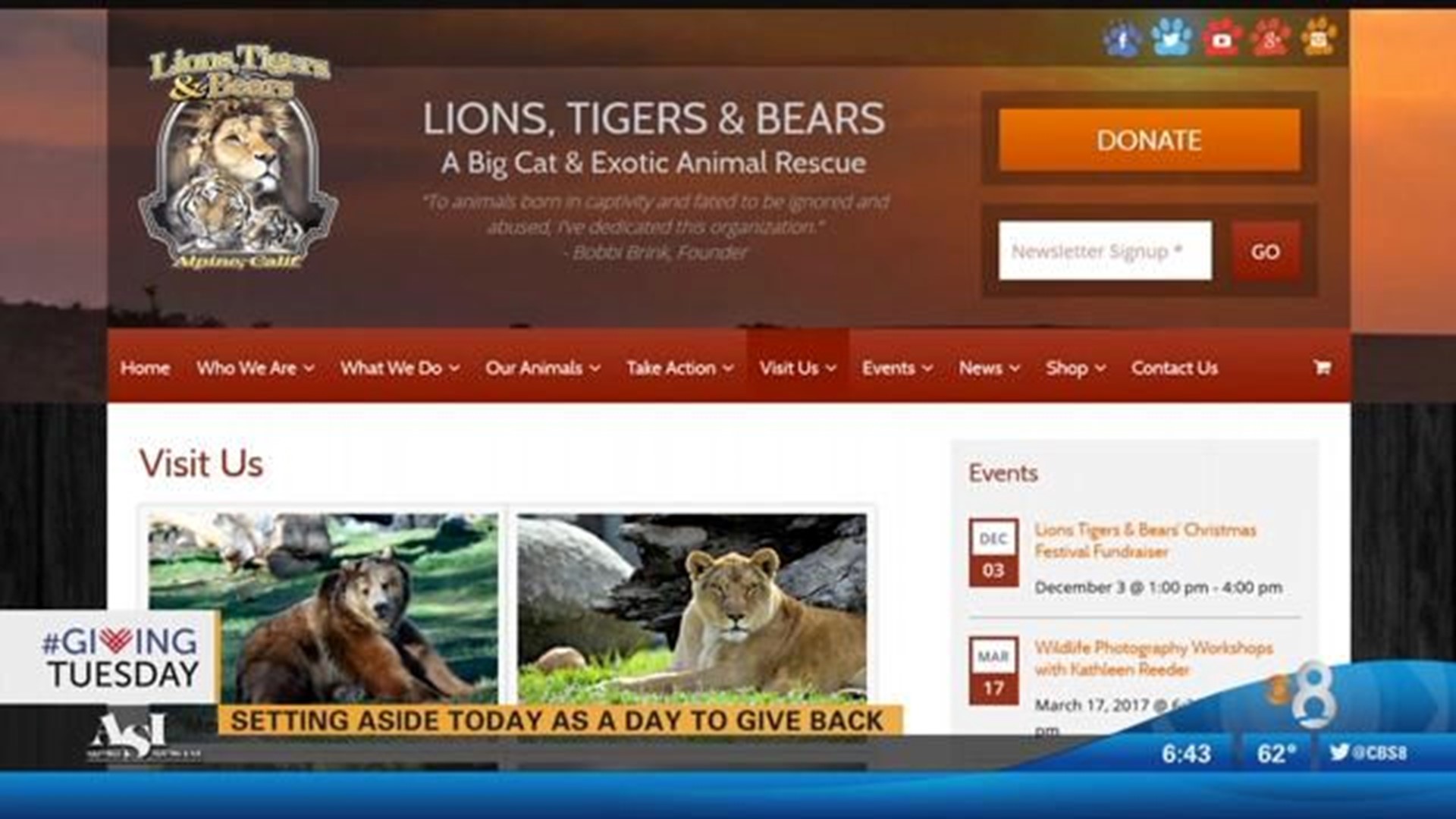 SAN DIEGO (CBS 8) - The holiday shopping season is in full swing, but on Tuesday it was all about giving back.

On Giving Tuesday people were encouraged to donate to charitable causes.

Locally, The San Diego House Rabbit Society and Alliance for Hope International are two of the many non-profits in need of support.

"I think Giving Tuesday is so important because we focus so much on the retail stuff, Retailers have so much power and so much money around Black Friday around Cyber Monday they can pummel airwaves, those of us working in the nonprofit world, we can't do that, we just have to hope that somebody is paying attention," she said.

Donors can simply give to the charity of their choosing online.

Patricia Mulcahy, from the San Diego House Rabbit Society said their "mission is to help abandoned rabbits. To rescue them and find homes for them."

The San Diego House Rabbit Society cared for rabbits since 1996 and is currently home to 60 rabbits.

Other organizations in San Diego participating in Giving Tuesday include:

Since Giving Tuesday began in 2012, there has been consistent double-digit, year-over-year growth in online donations. Last year, the average online gift amount exceeded $100 for most organizations.