Greenpeace Ship: Good look at what plastics are doing to the oceans

GreenPeace is on a mission to raise awareness about the threat of plastic pollution to our oceans. 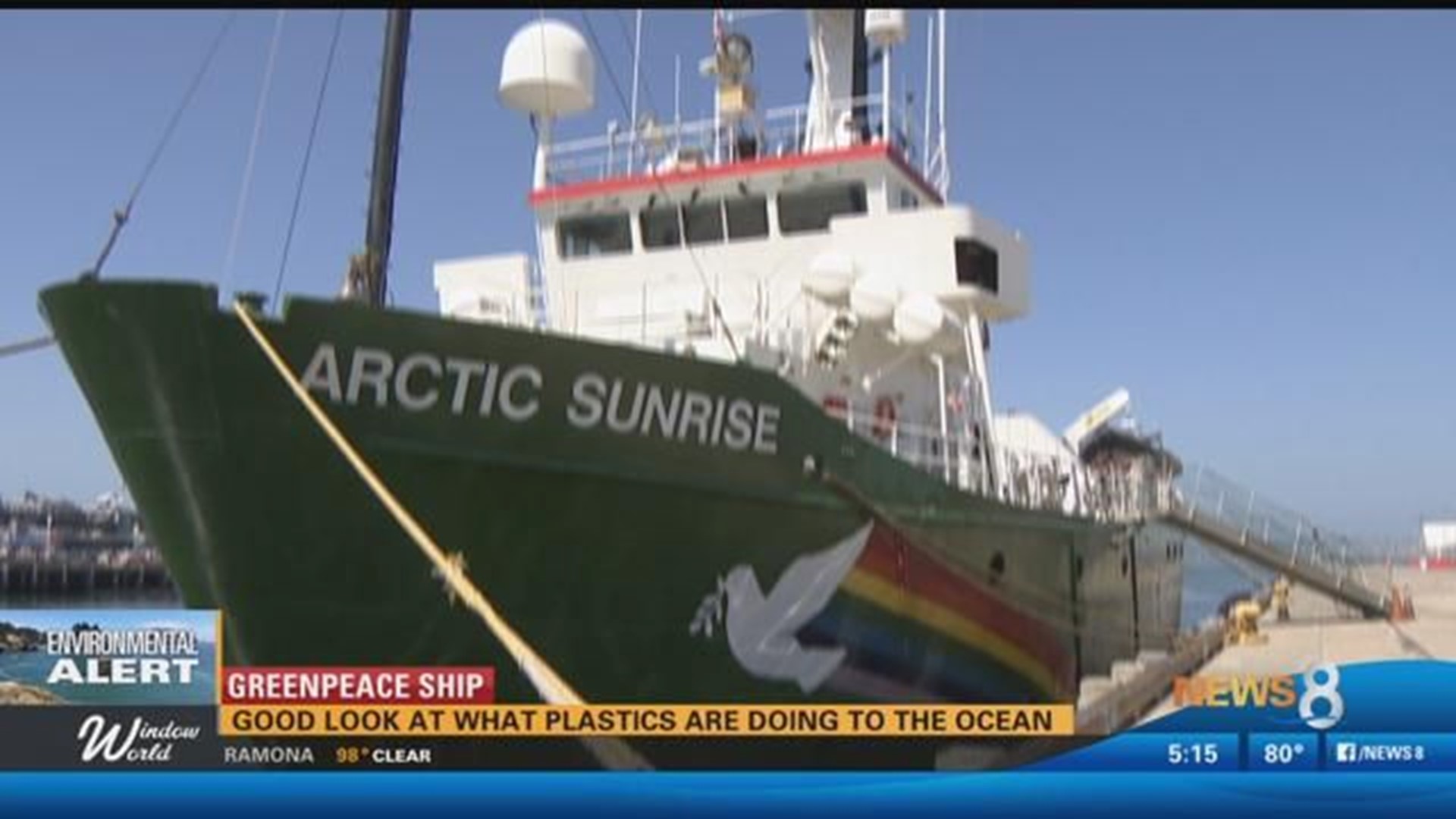 SAN DIEGO (NEWS 8) – Greenpeace is on a mission to raise awareness about the threat of plastic pollution to our oceans.

The group is offering tours of their historic ship The Arctic Sunrise in downtown San Diego to highlight how plastics are hurting the environment.

The Arctic Sunrise is one of three ships owned by Greenpeace. It will be at the B Street Pier until next Tuesday. Their goal is prevent more plastic like bottles and straws from entering our oceans.

“We are in a plastic pollution crisis. Every minute, the equivalent of one garbage truckload enters into our oceans,” said Kate Melges with GreenPeace.

Aside from educating the public, GreenPeace wants to identify the worst offenders and put pressure on those companies to find alternatives to using plastic. “We want to see them faze out all single use plastic packaging. We know it will not happen overnight because everything is wrapped in plastic packaging, but we want to see shift,” said Melges.

Recently, Starbucks announced its plan to stop using plastic straws by 2020. While that is a major accomplishment, Melges said there is still so much work to be done. She further added that recycling is not a viable option since much that plastic gets shipped overseas and thrown out, or winds up in our waterways – affecting sea life and the food we eat.

While big corporations are encouraged to make changes, humans are also being asked to do the same. “It is going to take everybody standing up and I think we are getting to that point,” said Melges.

The Arctic Sunrise will be open for free tours on Saturday and Sunday from 10 am to 6 p.m. at the B Street Pier. After San Diego, the ship will sail to Long Beach.