People from both sides of the gun debate are expected to speak out Tuesday afternoon in front of the Del Mar Fairgrounds Board of Directors. 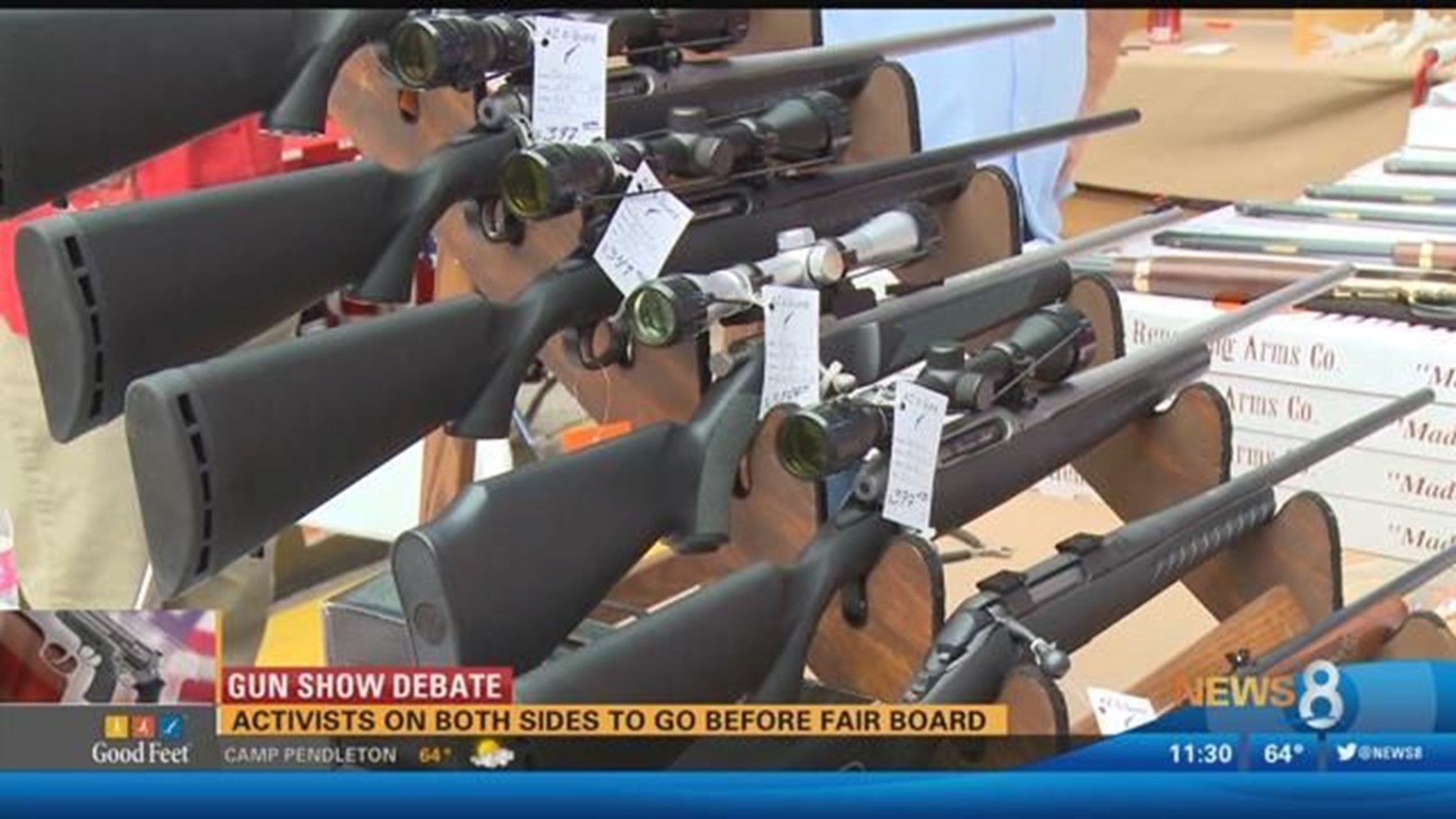 SAN DIEGO (NEWS 8) - People from both sides of the gun debate spoke out Tuesday afternoon in front of the Del Mar Fairgrounds Board of Directors.

Anti-gun activists advocated for an end to the gun shows held at the Del Mar Fairgrounds for the past 28 years.

It's not the first time the board has been asked to reconsider the gun shows, which draw thousands of firearms enthusiasts from throughout Southern California, and are a significant source of income for the fairgrounds.

However, the appeals, which typically follow a mass shooting, haven’t yet provided the outcome opponents are seeking.

In fact, the most recent push was prompted by the shootings that killed 17 high school students and faculty members in Parkland, Fla., in February, which launched the largely student-led "never again movement."

Firearms were not on Tuesday's agenda, so the activists spoke during the meeting's public comment session.

Members of the San Diego County Gun Owners group spoke in favor of keeping the show.

The board of directors is expected to take up the issue in the near future.

Locally, the Del Mar and Solana Beach city councils both passed broad resolutions in March calling for greater gun control and asking the state-run fairgrounds to end the two-day Crossroads of the West Gun Show held there four times annually.

"Never Again" members say if the gun shows don't end, the group also plans to demonstrate on opening day, June 1, at the annual San Diego County Fair and later at the horse races at the fairgrounds.