Gun store employee says YouTube shooter did not stand out

An employee at a San Diego gun store where a woman bought the pistol used to shoot three people at YouTube headquarters said there was nothing remarkable about the transaction, a newspaper reports. 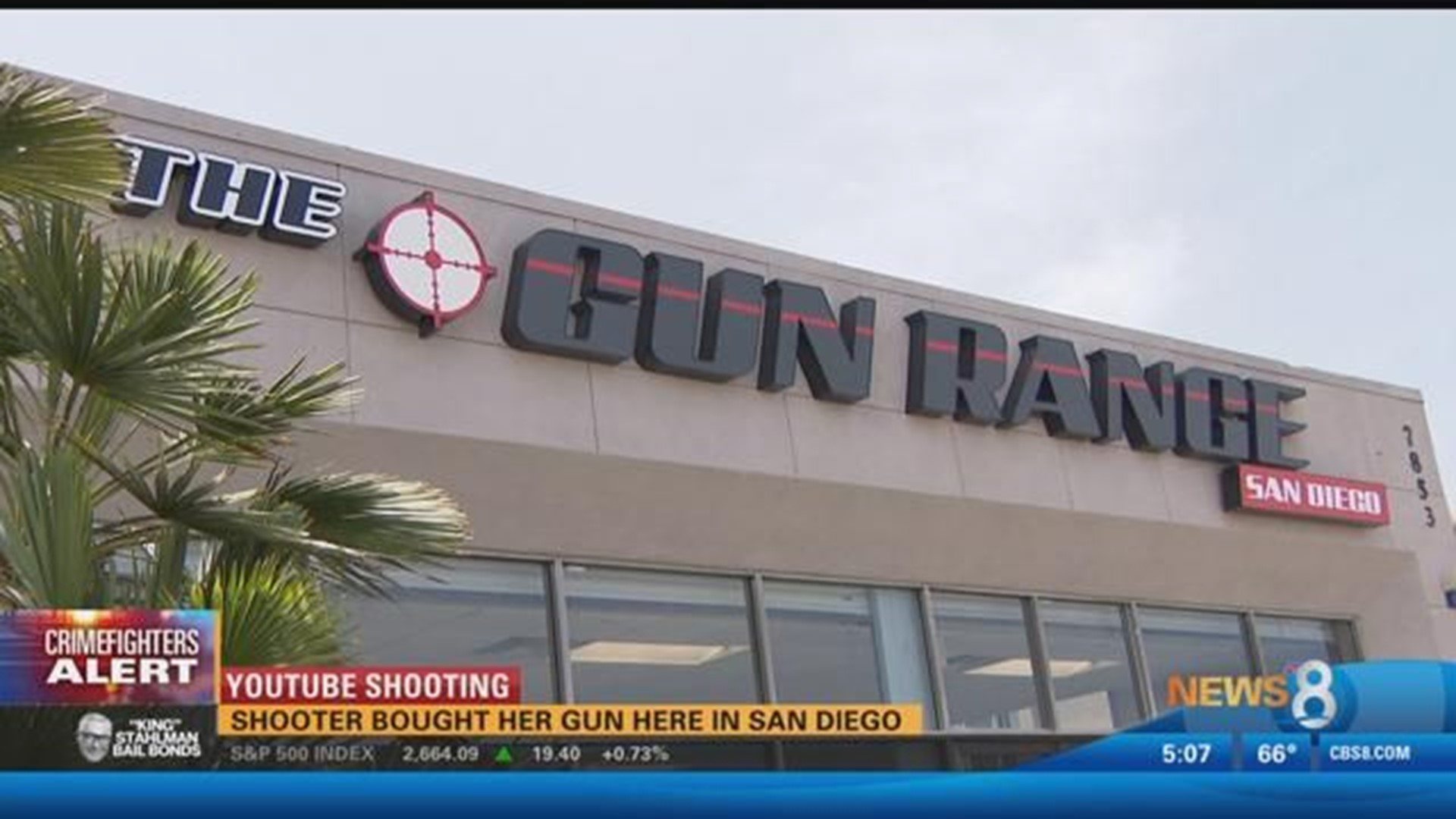 SAN DIEGO (AP) — An employee at a San Diego gun store where a woman bought the pistol used to shoot three people at YouTube headquarters said there was nothing remarkable about the transaction, a newspaper reports.

Manny Mendoza, rangemaster at The Gun Range, said that the woman now widely known for posting prolific and bizarre videos on exercise, animal cruelty and veganism was not memorable.

"It's not like she stood out," Mendoza said to the Bay Area News Group. "I wish we could look into someone's soul."

Nasim Aghdam, an Iranian native in her late 30s, walked through a parking garage into a courtyard at the YouTube campus Tuesday and opened fire, police said. She wounded three people before killing herself.

San Bruno Police Commander Geoff Caldwell said Aghdam legally bought the 9mm handgun Jan. 16, and it was registered in her name. She was found with two magazines and the pistol.

Authorities and family members say she was angry about the policies and practices of the company.

She posted videos under the online name Nasime Sabz, and a website in that name decried YouTube's policies, saying the company was trying to "suppress" content creators.

Aghdam took the pistol from the store the same day that the world's biggest online video website announced stricter requirements for video producers to make money from views of their videos.

Her family has expressed shock and sorrow at the shootings, and said they warned law enforcement that she might be headed to YouTube and that she "hated" the company.

"Right now I'm thinking, she never hurt one ant. How (could) she shoot the people?" said her father, Ismail Aghdam, said in an interview with Good Morning America that aired Friday.

The family showed ABC News the sparsely furnished bedroom where she produced videos in which she exercised, promoted animal rights and explained the vegan diet, often wearing elaborate costumes or carrying a rabbit.

Mountain View police encountered her sleeping in a car around 2 a.m. Tuesday, but had no reason to detain her. They say family members never said she could become violent or post a threat to YouTube employees.

San Bruno police say she practiced shooting at a local gun range on Tuesday before driving to YouTube headquarters.