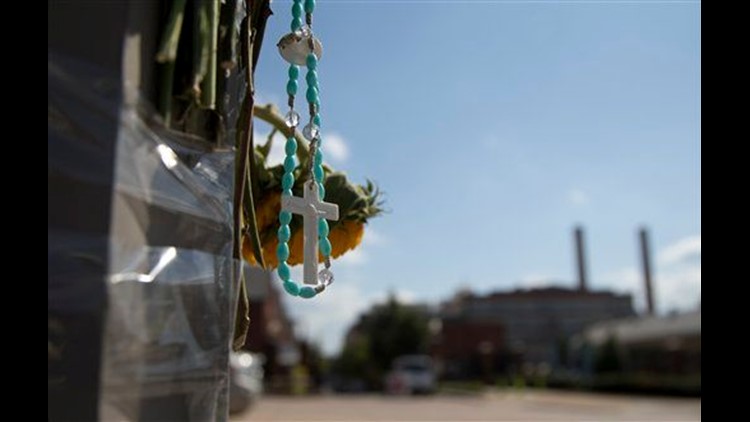 WASHINGTON (AP) — A little more than 24 hours after an IT contractor shot dozen workers at the Washington Navy Yard, the company's CEO told the Navy secretary he had the experience to help improve military security.

The email from The Experts chief Thomas Hoshko, which included descriptions of his background and expertise, stunned some Navy leaders in the wake of the shootings Monday that left 13 people dead, including the gunman, former Navy reservist Aaron Alexis.

The correspondence also fueled concern about what defense officials believe may have been failures by the company to alert the military about Alexis' apparent mental health problems.

In the email, which The Associated Press obtained, Hoshko said he was "dramatically" affected by the shootings and wrote that "my heart and prayers go out to the families and friends of those innocent victims."

But the email quickly moves on, with Hoshko laying out his work experience and offering his services. He wrote that he was "confident that I can provide valuable input and solutions to the process that will provide better security for the military, contractors and civilians."

Navy officials confirmed that email was sent to Secretary Ray Mabus. They declined to characterize its contents.

Revelation of the email comes as the Navy and the Defense Department review Alexis' Navy service history, the Pentagon's security clearance procedures, safety at defense installations around the world and the responsibilities that contractors have in reviewing their workers and notifying the military about potential problems.

One of the first reviews, examining the nearly four years of Alexis' troubled Navy career, is almost complete, according to the Navy. Mabus had asked for a review of Alexis' service record to determine if his behavioral problems while in the Navy should have affected his ability to keep his security clearance.

A secret security clearance is good for 10 years. It carries over, even if a worker leaves the military and joins a private company, as long as the gap between the two jobs is not more than two years. The Experts twice conducted a typical employee background check of Alexis, but found only a traffic violation.

As a result, Alexis' clearance level was simply verified when he went to work for The Experts, but no additional research or checks were done.

Officials have acknowledged that many red flags may have been missed in the months and years before Alexis brought a sawed-off shotgun into Building 197 at the Navy Yard in the District of Columbia and began shooting.

Alexis had maintained his secret level security clearance and passed at least two background checks despite a string of minor arrests, mental health issues and some recent bouts of suspicious conduct that raised worries even within the company.