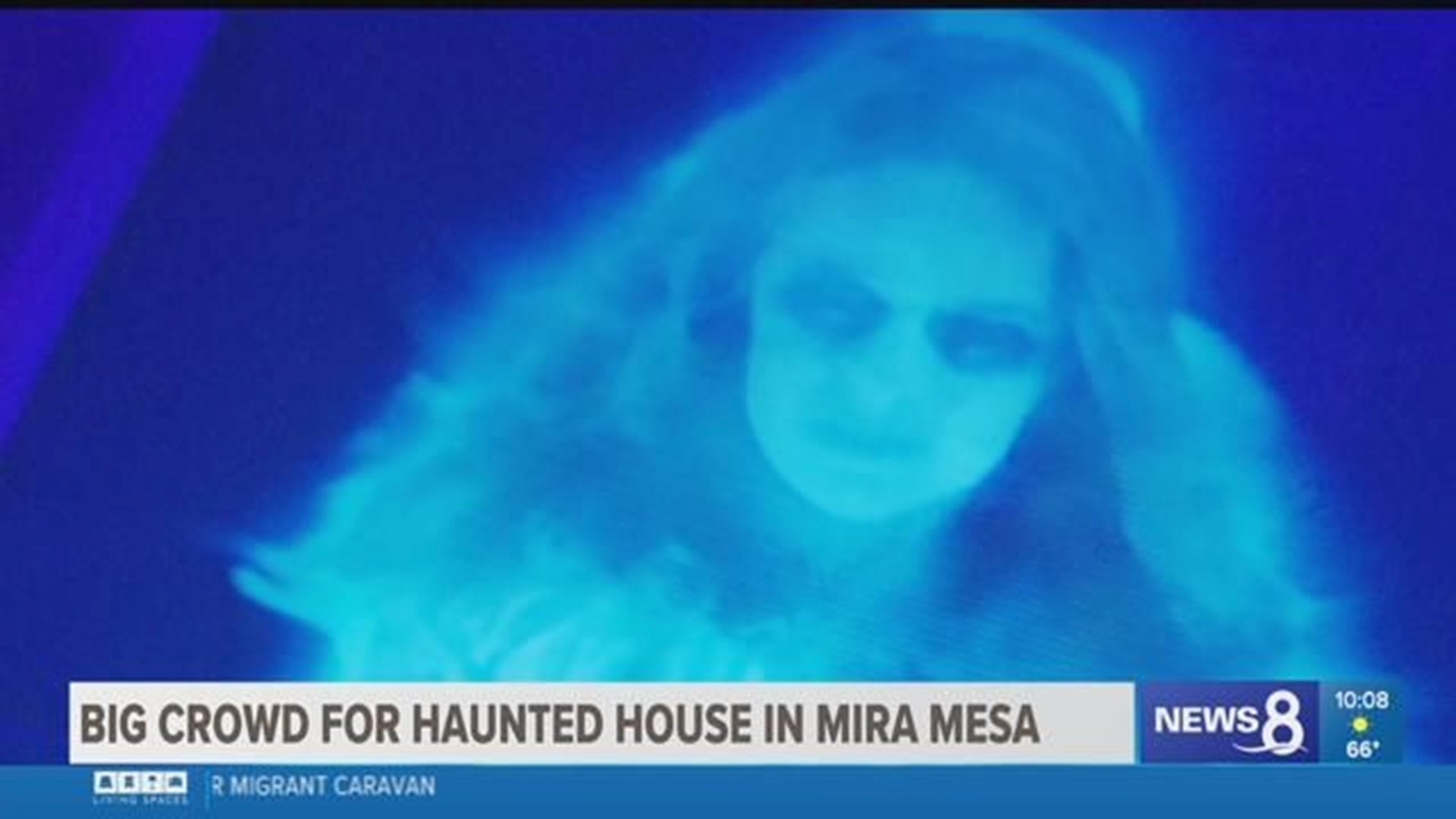 The haunted house at 10908 New Salem Circle is one of the most popular spots in San Diego for trick-or-treating, and it has been spooking kids for seven years.

Last year over 500 people were scared. This year the line was even longer with 589, as screams were heard coming from inside the haunted house.

Richard and Ethel DeTeresa are the Salem Haunts creators. “We buy stuff all year and it takes about five full days to put it all together,” said Richard.

The haunted house is put together by friends and family.

It all began in 2012, with one canopy. It has since grown to nine rooms and 15 actors. “I had Michael and I had Jason. When I found a Freddy – I was so happy I was tearing up,” said Ethel.

It’s a haunted house that has a special spell. It’s free for all, but donations are welcomed.