Happy Star Wars Day! May The 4th around San Diego

We all know the famous line from Star Wars, “may the force be with you” but what it has turned into is something pretty unique. 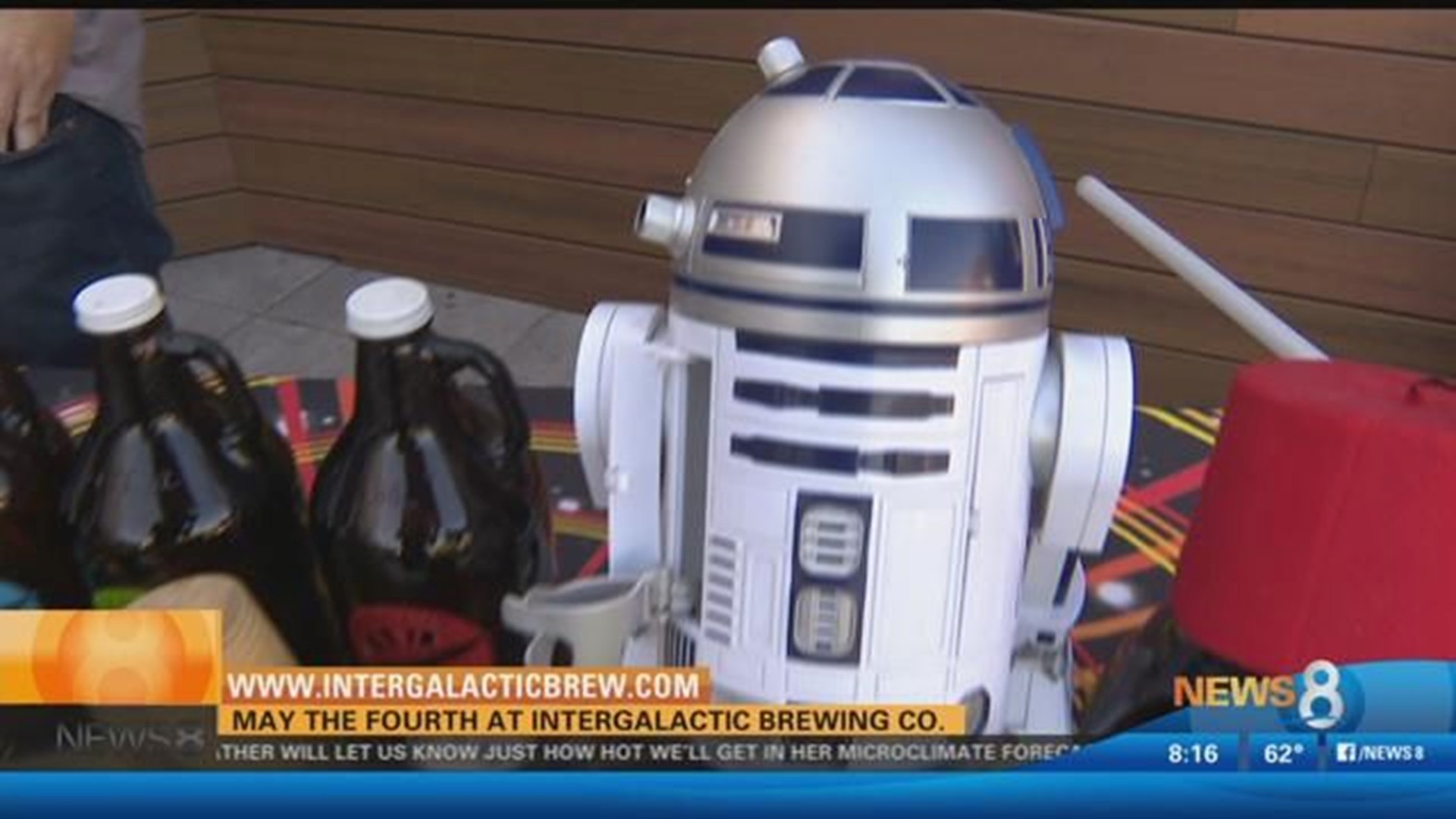 SAN DIEGO (NEWS 8) - "May the 4th be with you" is a rallying cry among Star Wars fans and many honored the day in various ways.

To celebrate the 4th of May Intergalactic Brewing released specialty Star Wars inspired beer and hosted a lightsaber tournament courtesy of the San Diego Sabers.

During News 8 Morning Extra, a wookie and a couple of droids, including R2-D2, were watching as lightsaber battles broke out. Even News 8's Eric Kahnert joined to hone his lightsaber skills.

The celebration continued at Balboa Park at the Air and Space Museum, where the San Diego Blood Bank set up alongside the Death Star to accept blood donations. Those donating also received free admission to the museum.

There were also performances by Stormtroopers from Culture Shock Dance Troupe and the San Diego Star Wars Society was on site with giveaways.

Those willing to make a drive up north to Anaheim or Glendale, will have the opportunity to check out The Void - a Star Wars VR experience.