The twin reactors at the San Onofre nuclear plant have been sidelined, more than 300 tubes that carry radioactive water will be scrapped because of excessive wear, and investigators are trying to 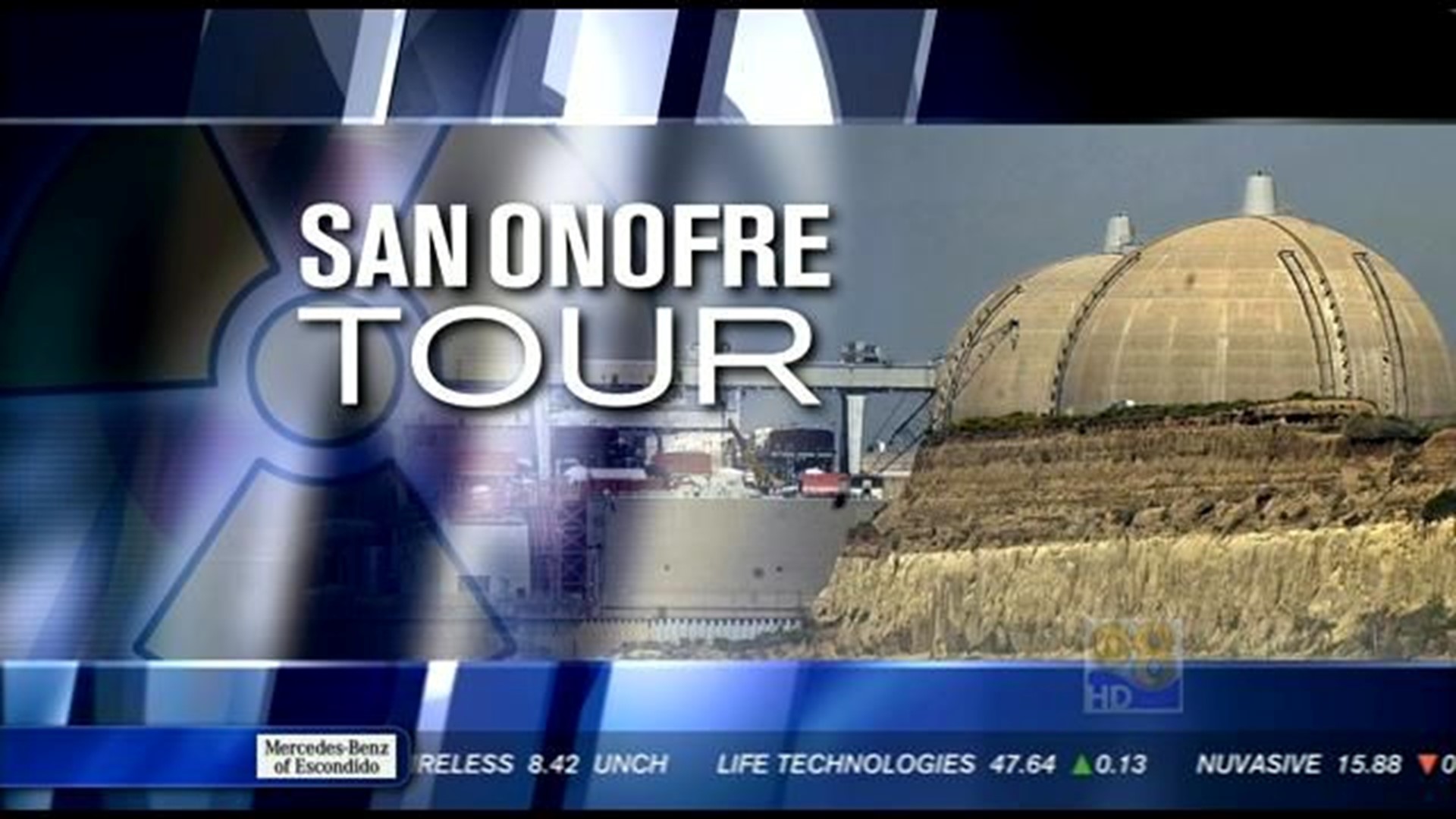 SAN ONOFRE (CNS) - The chairman of the Nuclear Regulatory Commission Friday visited the troubled San Onofre Nuclear Generating Station for a first-hand look at the problems that have been keeping the plant offline since the end of January, raising fears of power shortages this summer.

Gregory Jaczko was accompanied by Democratic Sen. Dianne Feinstein and Republican Rep. Darrell Issa when he visited the facility in northern San Diego County. He also discussed various issues with plant managers and NRC inspectors who have been investigating a small leak for the past two months.

Jaczko held a news conference following the tour, sidestepping questions about how long the plant's Units 2 and 3 would remain offline.

"I don't want to speculate on a timeline," Jaczko said. "Certainly (the plant's workers) appreciate the importance of having the units operating and we're prepared to respond to do the reviews."

He said "the bottom line is, we'll take the steps necessary to ensure public safety."

Jaczko said it was a "very good tour," and added, "I got the strong impression the plant is taking it very seriously. They understand they need to get to the bottom of the issue."

Inspectors are focusing on tubes in the steam generators that have shown "unexpected wear," agency spokesman Victor Dricks said.

Jaczko also inspected San Onofre's sea wall and safety improvements made since an earthquake and tsunami damaged the nuclear plant at Fukushima, Japan.

"They have a very robust program to address earthquakes and tsunamis," Jaczko said.

Staff at San Onofre, which is owned by Southern California Edison, San Diego Gas & Electric and the city of Riverside, operate two reactors, referred to as Unit 2 and Unit 3.

Unit 1 was in operation from 1968 to 1992, when it was shut down over fears it could not withstand a major earthquake. Unit 2 was taken down for planned maintenance Jan. 9 and remains offline.

The leak that triggered the shutdown was detected in a tube in Unit 3 Jan. 31. It resulted in a small release of radioactive gas, according to Edison, although the release registered only on sensors in an adjacent building and neither plant workers nor the public were endangered.

The tubes also provide a critical safety function, forming a barrier between the radioactive and non-radioactive sides of the plant. A tube rupture could release radioactivity while the failure of several could drain water needed to cool a reactor.

After the Jan. 31 shutdown, Edison announced it found damage in 321 tubes, which will be plugged and taken out of service, leaving more than enough to allow the two reactors to operate safely.

It is not unusual for such tubing to wear down, but officials say they are baffled that it has been taking place so quickly at San Onofre. The worn tubes are relatively new, having been installed in 2009 and 2010 with new generators manufactured by Mitsubishi Heavy Industries of Japan as part of a $671 million makeover.

The damage results from tubes rubbing against each other and against support structures, according to the NRC, but just why that is occurring is not yet clear.

Asked about potential causes of the wear and tear with the tubes, Jaczko said, "At this point, I don't want to speculate on a cause."

He acknowledged that the deteriorating tubes were "a very unique phenomenon, particularly on the Unit 3 generators."

Given how relatively new the tubes are the degradation, "is on the high side of the kind of wear we'd see at this time," Jaczko added.

A "pressure test" of the system led to eight tubes failing, Jaczko said.

With San Onofre able to keep the lights on in 1.4 million homes, state officials have warned of a return to rotating blackouts should a heat wave hit the region while the plant remains offline.

Late last month, the NRC ordered SCE to keep the plant offline until its troubles are fully diagnosed and corrected. Edison officials responded by saying they would consider contingency plans in case the plant cannot be fully operational in time to meet summer demands

Among contingency plans under consideration is buying power from another source and encouraging more conservation among customers, Edison spokeswoman Jennifer Manfre has said.

The environmentalist groups San Clemente Green and Friends of the Earth are demanding a full accounting of what went wrong at the plant. The FOE has been running a television ad that contends SCE is rushing the plant back into service, a charge the utility denies.