As a caravan of Central America migrants makes camp in Tijuana waiting to seek asylum, concerns grow about the spread of diseases in such close quarters. 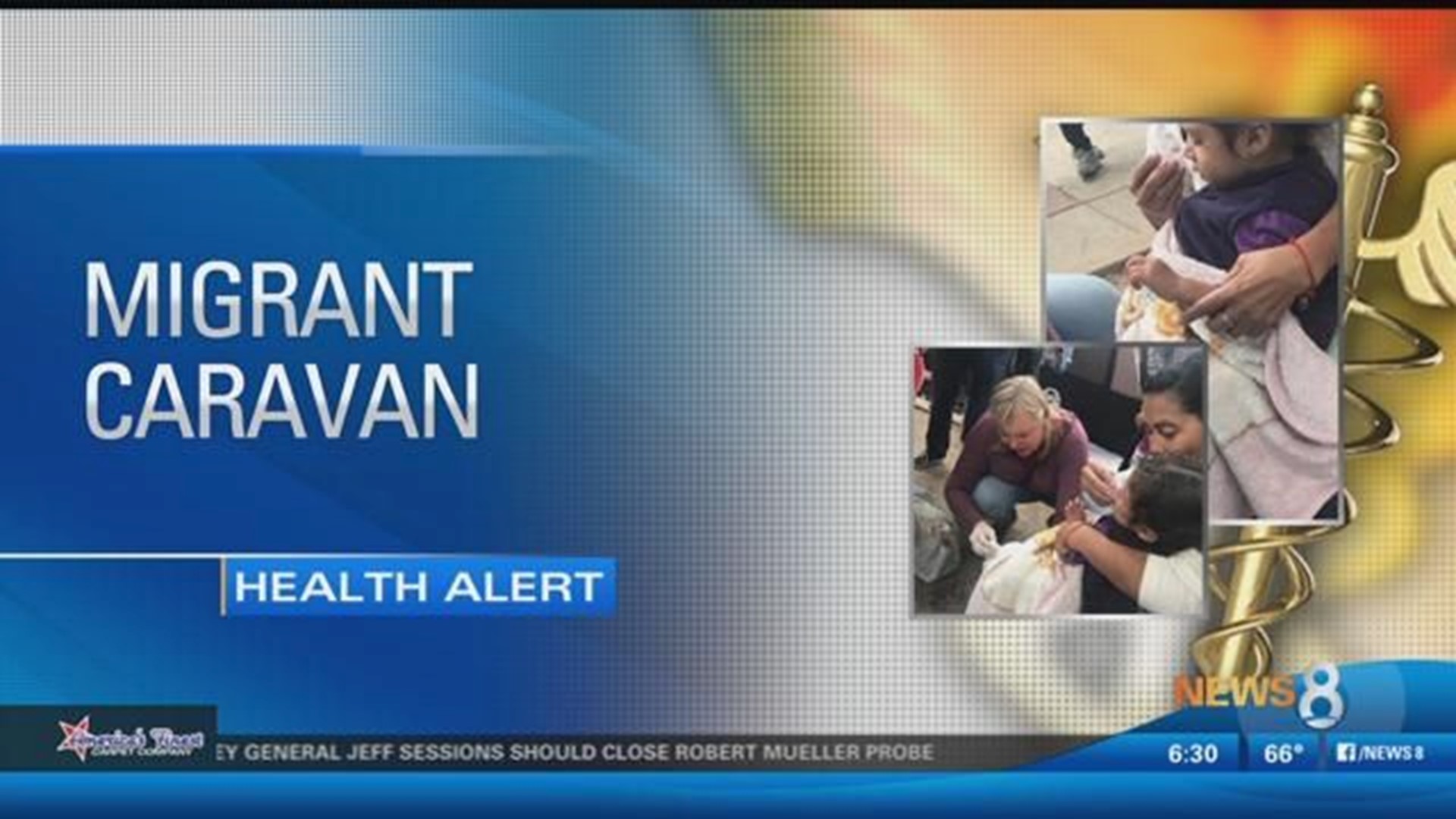 SAN DIEGO (NEWS 8/ AP) - As a caravan of Central America migrants makes camp in Tijuana waiting to seek asylum, concerns grow about the spread of diseases in such close quarters.

Gretchen Gordon, a San Diego-based registered nurse, felt compelled to visit Tijuana and provide care to those who took part in a caravan.

“There are primarily women and children. There is a lot of need. This is the first time I have ever been to the border to help the refugee population,” said Gordon.

Around 200 people lined up Sunday at the San Ysidro point of entry, but Customs and Border protection said they were at capacity to process asylum claims.

“Many of the women have stories of their husbands, fathers and brothers who have been kidnapped by cartels and killed then they are threatened and they're running for their lives,” she said.

Some of the migrants have camped out not wanting to lose their place in line – even if it means delaying necessary care.

“They are without water. They do not have a place to use the bathroom. We are worried about the spread of disease,” said Gordon.

Gordon has paid for supplies out of her own pocket, but said she came away with something money cannot buy.

“I had a child with a bad burned foot who needs help. I saw a child yesterday with a bad ear infection, with drainage from his ears. I was just able to access the Tijuana pharmacy and provide medication while I was there,” she said.

Asylum-seekers are typically held up to three days at the border and turned over to U.S. Immigration and Customs Enforcement. If they pass an asylum officer's initial screening, they may be detained or released with ankle monitors while their cases wind through immigration court, which can take years.

“They are looking to come and start a new life with their children. They want to work hard. I feel so grateful to have met them,” said Gordon.

The denial rate for El Salvadorans seeking asylum was 79 percent from 2012 to 2017, according to Syracuse University's Transactional Records Action Clearinghouse. Hondurans were close behind with a 78 percent denial rate, followed by Guatemalans at 75 percent.

Gretchen Gordon has set up a GoFundMe page to help raise funds to buy more supplies.