Dozens of nurses from San Diego visited Congressmen Duncan Hunter and Darrell Issa's offices Friday hoping to convince them not to repeal the Affordable Care Act. 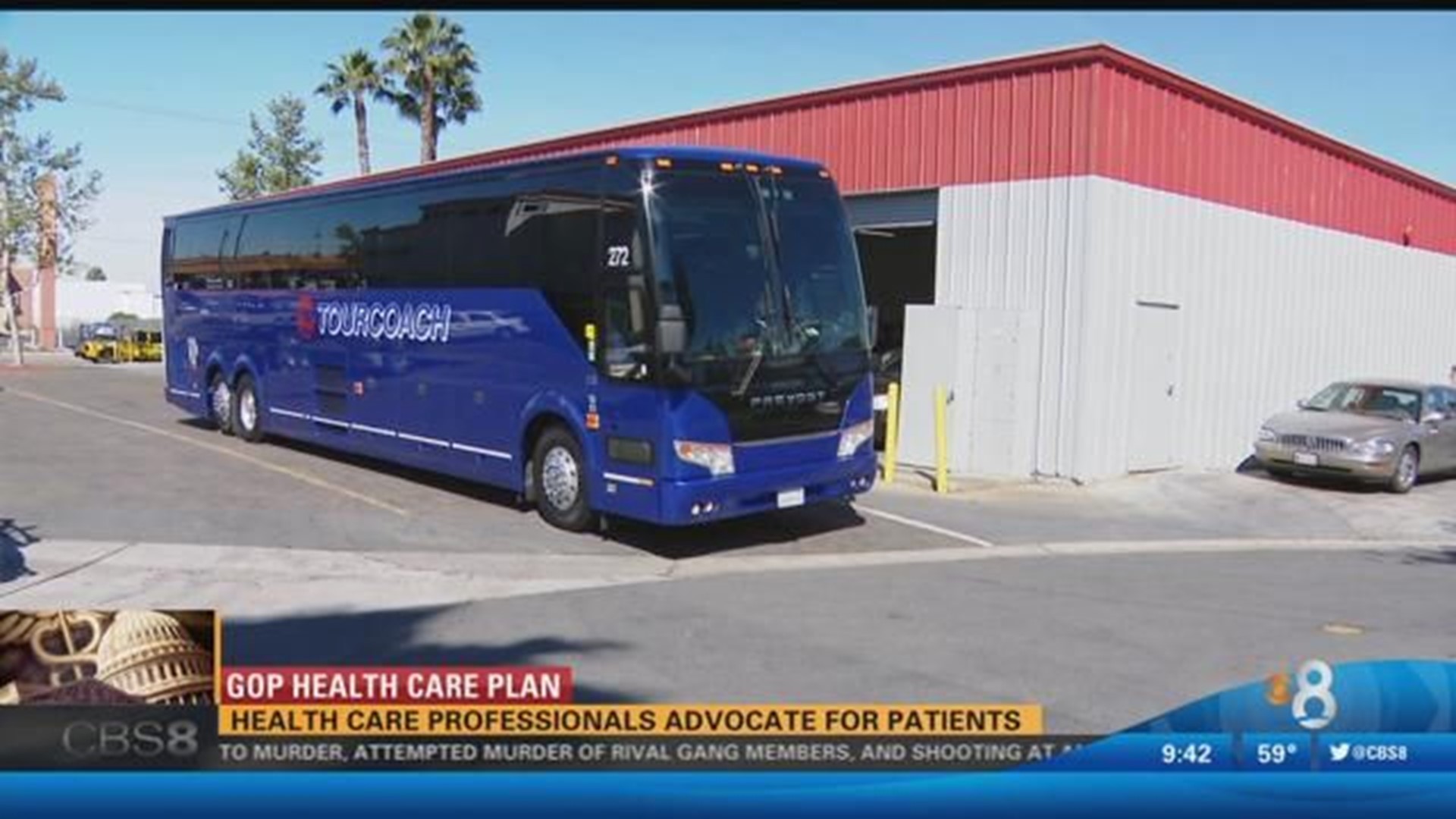 The Republican bill would kill much of Obama's health care law, including tax penalties for people who don't buy insurance and its expansion of Medicaid, the federal-state health program for the poor. It would create new tax credits that would be less generous than current federal subsidies for many consumers, and repeal levies on the wealthy and medical firms that helped finance Obama's expansion of coverage to 20 million Americans.

Congressman Hunter was not at his office, but his deputy chief of staff was and he came outside to ask questions and hear what the group had to say.

While he did not confirm how Hunter intends to vote, Michael Harrison did tell the crown the Congressman believes change is necessary. "In terms of legislation, he is reviewing it and we will go from there," he told group.

The next stop for the nurses was Congressman Issa's office. They were greeted with fellow protesters - for the same reason.

"As front line workers, we want to make sure that most patients are covered. We do not want to lose coverage for people who need a safety net," said Gegroy Lutz, R.N.

President Donald Trump agreed to add fresh Medicaid curbs to the House Republican health care bill Friday, bolstering the measure with support from some conservative lawmakers but leaving its prospects wobbly. House leaders discussed other amendments calibrated to round up votes and scheduled a showdown vote Thursday.

Trump's deal with lawmakers would let states impose work requirements on some of Medicaid's roughly 60 million recipients. The condition would apply to healthy people with no dependents, a White House official said.

The agreement would let states accept lump-sum federal payments for Medicaid, instead of money that would grow with the number of beneficiaries. The program currently costs the federal government around $370 billion annually and covers costs no matter the amounts.

Also, any additional states that expand Medicaid would not receive the additional federal money Obama's law provided them for doing so. Thirty-one states have enlarged their Medicaid rolls under the law.

Those who support the new bill said the ACA is not working. President Trump said he is 100-percent behind the proposed legislation.

GOP leaders remained short of the 216 votes they'll need, and additional changes were in the works.