County health officials Wednesday reminded residents who received a hepatitis A vaccine as part of the response to last year's outbreak that it may be time for a second shot. 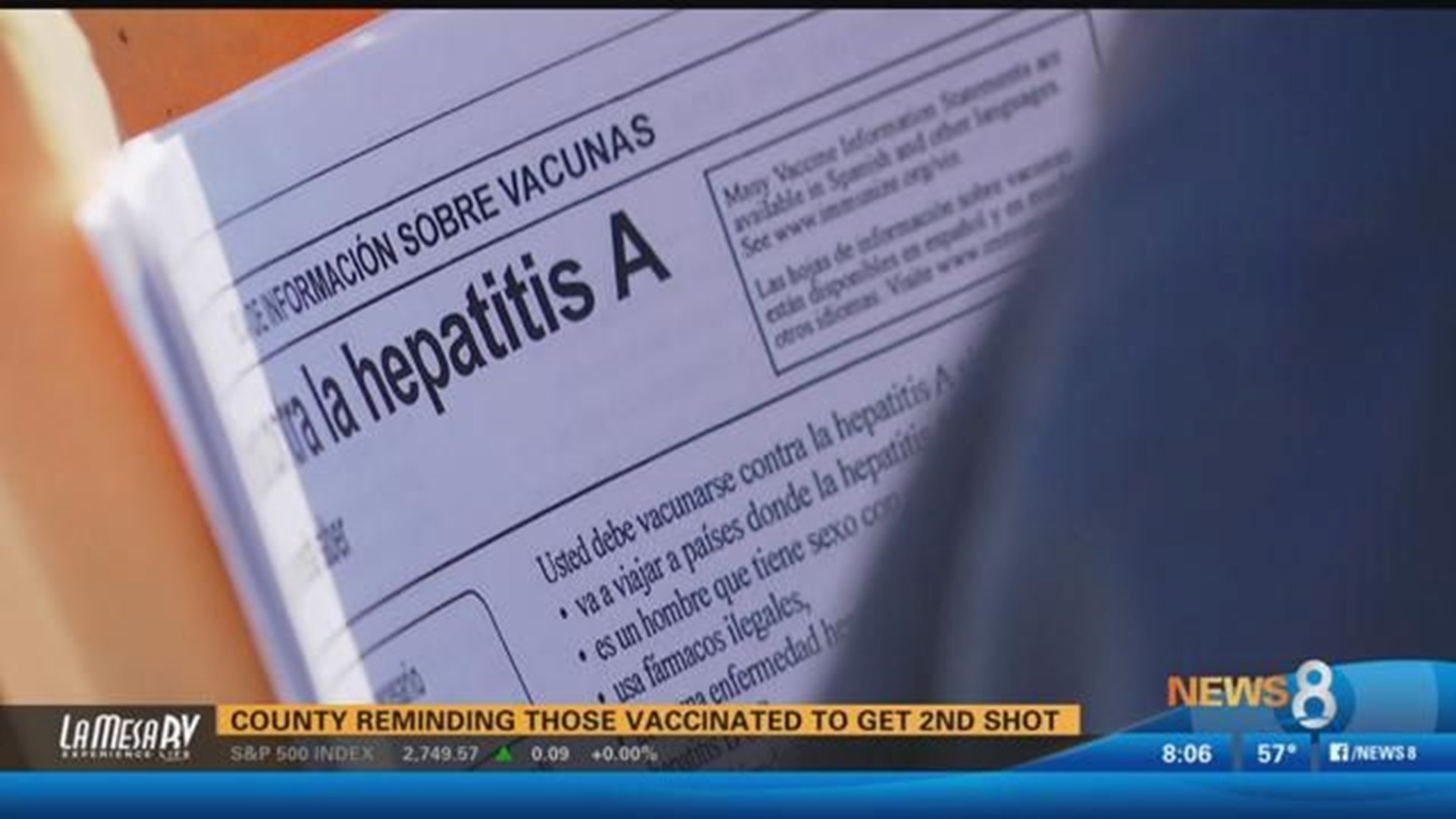 SAN DIEGO (CNS) - County health officials Wednesday reminded residents who received a hepatitis A vaccine as part of the response to last year's outbreak that it may be time for a second shot.

Those who received their first hepatitis A vaccination before mid- September should now get their second dose, the officials said.

The first dose is about 95 percent effective in preventing infection. But that effectiveness decreases over time. The second shot boosts immunity for between 20 and 40 years, according to the Centers for Disease Control and Prevention.

The county vaccinated more than 127,000 residents in the last year as part of its response to the hepatitis A outbreak that has killed 20 and sickened 584 in the region, according to county data.

Those without insurance can go to a county public health center to get vaccinated. For a list of locations, visit www.sdiz.org or call 211.

A clinic will be held Thursday by the nonprofit Serving Seniors to offer 150 seniors a second vaccine at their Fourth Avenue headquarters.

The start of the outbreak was traced back to November 2016. By early May 2017, there were 80 cases reported and three deaths.

The county public health officer at the end of August directed the city to sanitize streets and sidewalks and expand access to restrooms and hand- washing facilities in an effort to cut down on the amount of human waste on San Diego's roads, one of the ways the disease was spread.

The county Board of Supervisors in September first declared a state in emergency over the outbreak, which was lifted at the end of January amid a declining number of cases.

Hepatitis A, which can be deadly, usually is transmitted by touching objects or eating food that someone with the virus has handled or by having sex with an infected person.

The disease doesn't always cause symptoms, which can include fever, fatigue, nausea, loss of appetite, yellowing of the eyes, stomach pain, vomiting, dark urine, pale stools and diarrhea.