If you're sick of feeling sick - you're not alone.  Flu cases in San Diego are spiking, but our misery has company - all across the country. 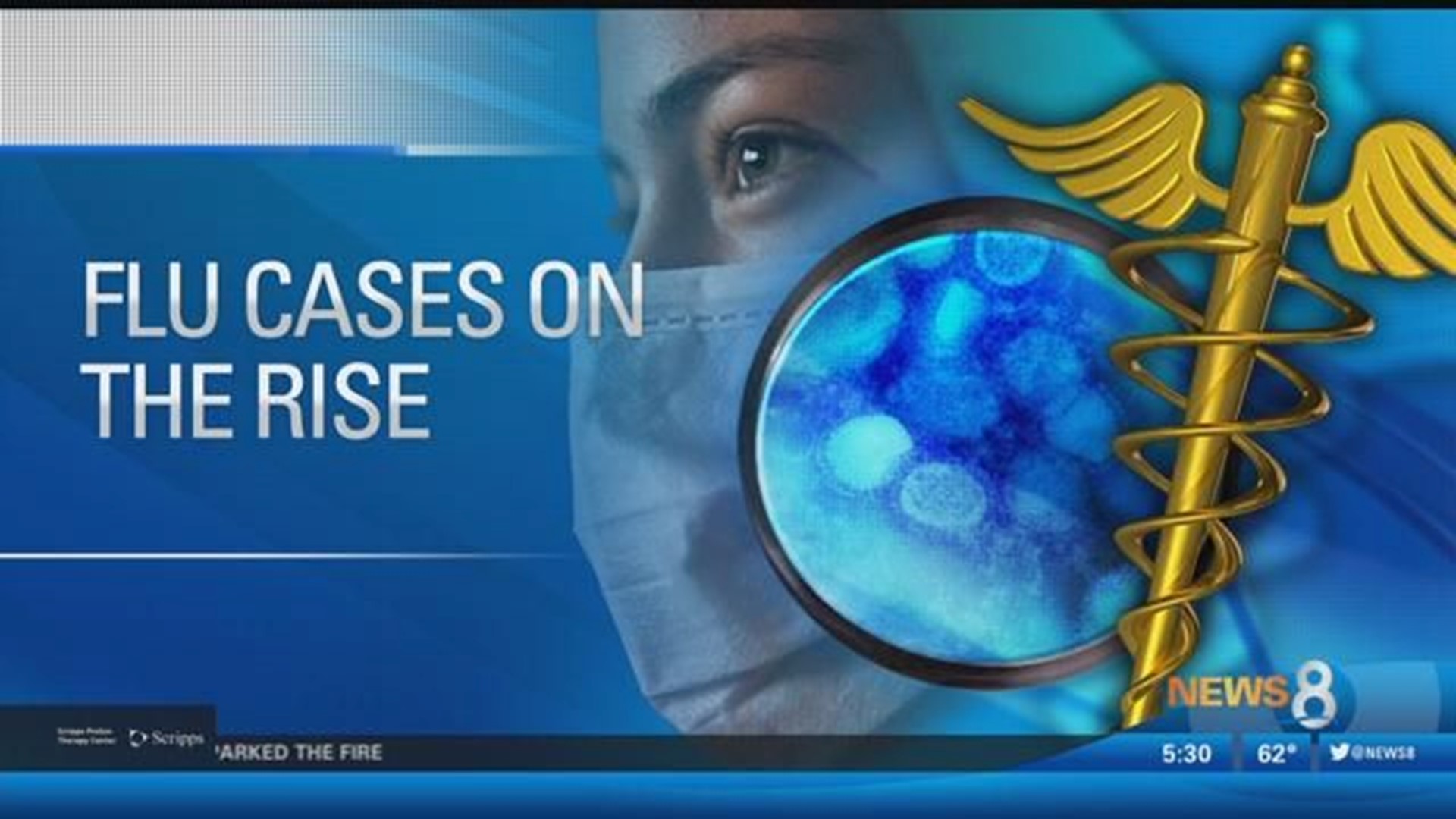 Flu cases in San Diego are spiking, but our misery has company - all across the country.

Emergency rooms have been so packed, special tents are set up at places like Escondido's Palomar Medical Center just to handle the spike in flu patients.

According to the Centers for Disease Control and Prevention, in the past week, the number of jurisdictions experiencing "high flu activity" increased from 21 states to 26 states, and New York City.

The number of states reporting "widespread flu activity" rose from 36 to 46. And in California alone - at least 27 people younger than 65 have died, including a 1-year-old child in San Diego.

Dr. Alan Hansen runs Palomar's emergency department and says, on the hospital's busiest day, over 400 patients came in with flu-like symptoms.  The hospital hopes, with their triage tents separating flu patients from the rest of the center's population, they can keep that number from getting even bigger.

"We have extra patients sitting in our waiting room potentially infecting other people waiting in the waiting room, so we want to make sure we can move them away to prevent the spread of influenza and also get them seen more quickly," said Dr. David Lee.

Palomar Medical Center plans to keep the tent up as long as needed - and doctors want to remind people - it's not too late to get a flu shot.

"Even if you get the flu and you've been vaccinated, your severity of illness is much less," said Dr. Hansen. "You have lower hospitalizations, less severe illness, lower risk of death. So even though it's currently not thought to be as effective as previous years, it's still super, super important."