Unemployment benefits will return to pre-pandemic amounts next week, which is capped at $450. 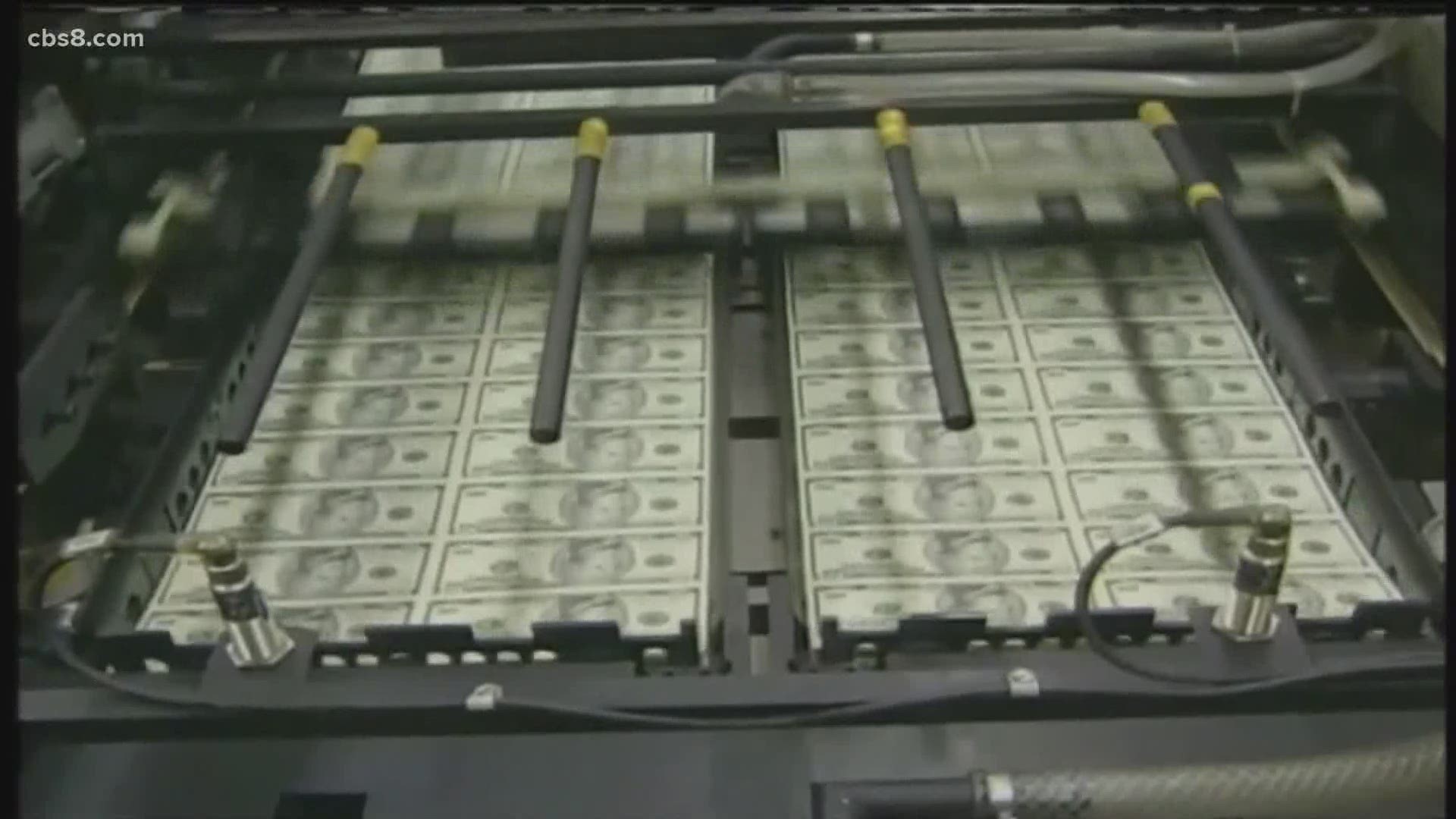 SAN DIEGO COUNTY, Calif — Unemployment benefits that have kept many afloat during the pandemic are set to expire Friday at midnight. Congress wrapped up the week without reaching a deal on a new emergency stimulus package, leaving many uncertain about making ends meet.

Funding from the CARES Act, which was passed to help give unemployed Americans more assistance during the pandemic, applies to payments made before Friday. Unemployment benefits will return to pre-pandemic amounts after Sunday, which is capped at $450.

After being laid off from his job as an electronics engineer, Matt Domagala says he's relied on the $600 a week made possible by the Act passed in March.

Unemployment numbers continue to rise across the country, with 1.4 million people filing this week alone.

Employment Development Department data from July 23 shows the agency has distributed nearly $50 billion to unemployed workers in California since March. It has processed 8.7 million claims in four-and-a-half months, which is more than it processed in all of 2010, the worst year of the Great Recession.

At the same time, the U.S. economy plunged a record-breaking 32.9%.

White House Chief of Staff Mark Meadows called out democrats for rejecting a short-term deal that would have extended the benefits for one week. Congressional Democrats say the proposal was not far-reaching enough to help everyone in need.

Americans should have received their final unemployment check with an extra $600 on Sunday. Unemployment benefits will return to pre-pandemic amounts after Sunday, which is capped at $450.

If Congress passes a short-term extension, there could be a gap of a few weeks until those benefits are available. They are set to meet again on Monday.

Those $600 unemployment benefits extended to workers affected by the Coronavirus pandemic expire at midnight. Meantime, Congress leaves for the weekend with no new stimulus deal in place. @news8 @cbs8