For the first time since March 2020, live entertainment will be allowed outdoors where food is served. 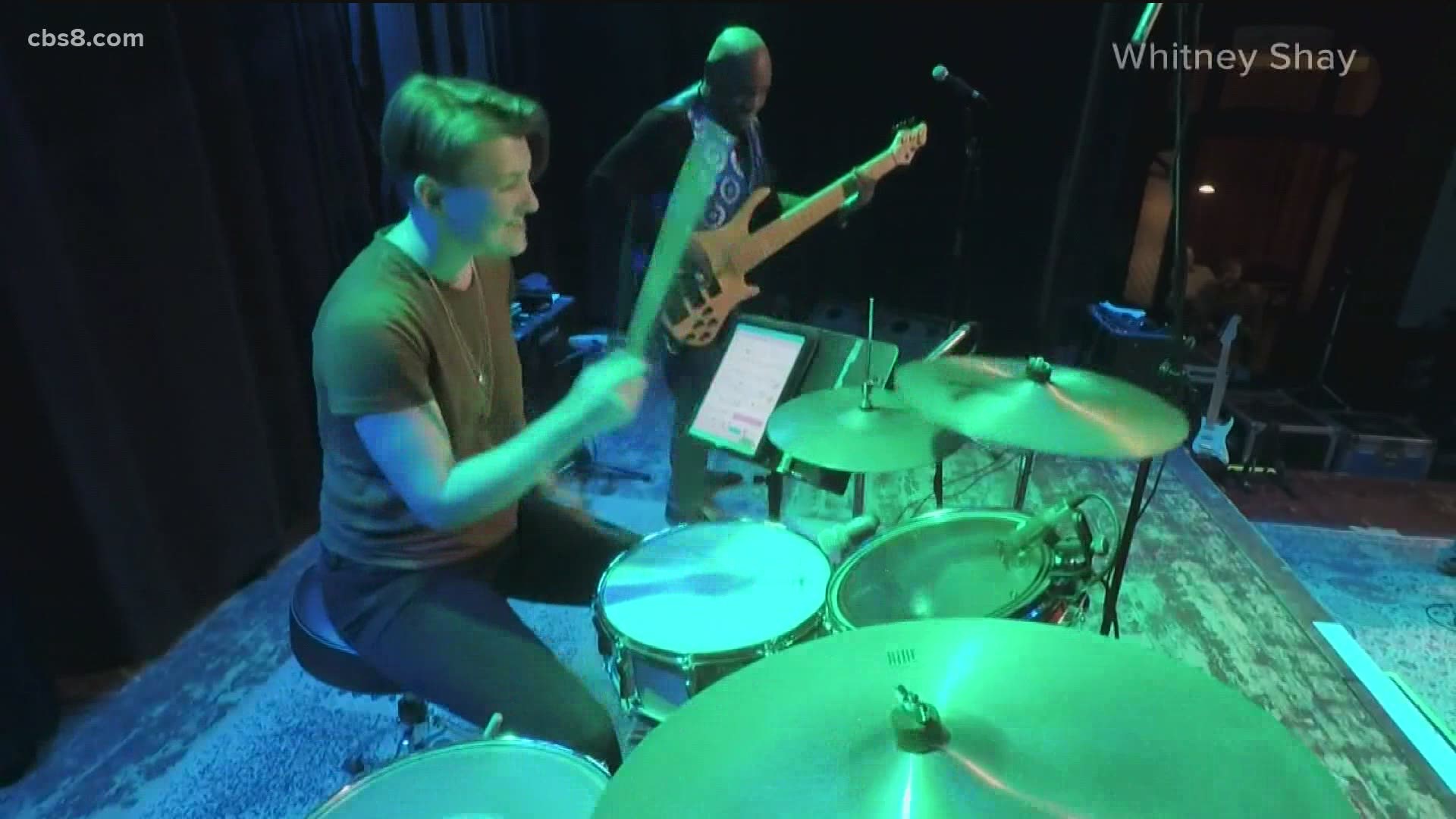 SAN DIEGO — Musicians and comedians are ready to safely take the stage.

On Monday when Governor Newsom lifted the stay-at-home orders statewide, some businesses were given the green light to turn on the spotlight for live entertainment.

It’s the first time these performers have been included in the purple tier.

“It's a breath of fresh air to be included in the conversation finally,” said singer Whitney Shay.

Whitney Shay is a San Diego native, four-time San Diego Music Award winner and her hit “Stand Up” made it to number one on the Billboard Blues chart. She had her biggest year planned in 2020 with a tour and then COVID-19 hit and so she turned to virtual concerts.

“But there is something to be said for that live experience,” said Shay.

From musicians to comedians, the entertainment industry has been hit hard during the pandemic. Workers haven’t been allowed to book in-person live gigs locally since the first lockdown in March 2020.

“We are so glad to hear that the tyranny is over and we can actually start performing our craft again,” said Nathan Donovan, comedian and American Comedy Co. manager.

Last summer the American Comedy Co. in the Gaslamp joined other clubs to protest the closures after they were forced to close its outdoor acts.

“I finally thought, yay! It's over, finally some clarity. Finally some common sense being applied to these rules and not just a blatant ban,” said Donovan.

After the governor lifted the stay-at-home orders, San Diego County Board Chairman Nathan Fletcher clarified that live entertainment would be allowed at restaurants or places that serve food outdoors. Performers must keep a distance of 12 feet between the audience and other performers on stage.

“I think they determine it to be a relatively low risk to have someone perform music or whatever it may be. And I know that's been a top request of a number of folks who are there,” said Fletcher.

On that note, Shay says she is glad the state changed its tune.

“This is really some respite to look forward to and perform again,” said Shay.

News 8 checked with comic and promotions, Mike Vinn at The Comedy Store in La Jolla, he says its currently under renovations so will not open.

The Comedy Palace Co-Founder George Salek says that $5,000 in damages were done to its outdoor tents and furniture in the storm so they will not be able to open soon.

Artists relieved to see the state changed its tune to allow live entertainment outdoors where food is served. Nice chatting with the talented @whitneyshaysing & @americancomco comic @ProzakNathan. The entertainment industry hasn't been allowed to book a gig locally since March pic.twitter.com/h14tNLefLy