California has most coronavirus cases in US, San Diego County remains above state case rate threshold

News 8 answers some of the common questions being asked as California and San Diego County see record-breaking COVID-19 numbers. 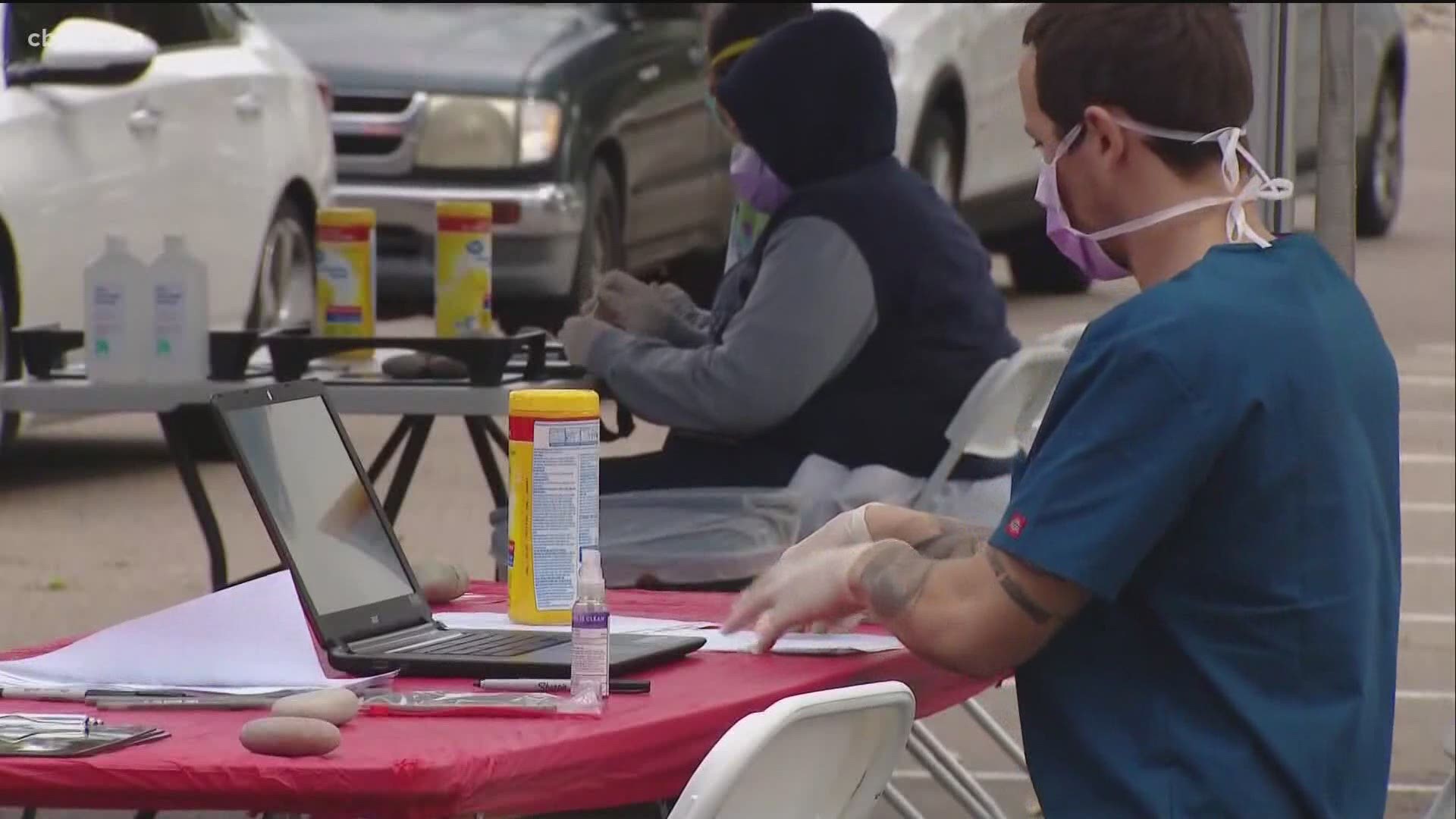 SAN DIEGO COUNTY, Calif. — California now has more coronavirus cases than any other state in the U.S., surpassing New York, which was once the American epicenter.

Health and government officials have continued to stress the importance of hygiene and distancing.

"It’s just another reminder if I need to remind anybody, of the magnitude of impact that this virus continues to have,” said Gov. Gavin Newsom.

California still has a lower infection rate than New York when the population is factored in.

In San Diego County, the Chicano Federation pressed county leaders to do more effective outreach to the Latino and Hispanic population, which has been disproportionately affected by the virus since the pandemic began. County data on Wednesday showed Latino/Hispanic and Pacific Islanders have a case rate of more than 1,000 for every 100,000 residents - more than double any other race or ethnicity.

“The people paying the highest price right now are the Latino community and communities of color who are once again disproportionately affected by this because of the systematic failures. We have to think beyond that. We have to think about systemwide change in order to be effective,” said Roberto Alcantar, Chief Strategy Officer with the Chicano Federation.

The push came a week after more than 1,200 employees at the Centers for Disease Control and Prevention signed a petition urging the agency to declare racism a public health crisis and make internal reforms.

“I think we all can agree racism or social injustice is a public health crisis. I don’t think there’s a dispute about that,” said Wilma Wooten, M.D., M.P.H., San Diego County’s Public Health Officer. “Since the beginning of this pandemic, we have made outreach to the Latino population as we looked at the data and determined the Latino population had the largest number of cases associated with this pandemic.”

“In order for this metric to return to normal, we would have to have 234 cases or less on a daily basis for 14 days,” said Wooten.

The last time the county had fewer than 234 new cases for 14 consecutive days was on June 3.

How does San Diego get off the watch list?

What can an average person do to help get us off the list?

How is the case rate calculated?

“The total number of cases diagnosed and reported over a 14-day period divided by the number of people living in the county.  This number is then multiplied by 100,000. Due to reporting delay, there is a 3-day lag. For example, a case rate calculated on April 1st would correspond to cases occurring from March 15th - March 28th.  Although case rates are often calculated using the date they were reported to the health department, this measure uses the episode date. The episode date is the earliest of several dates and corresponds to the earliest date that the case can be known to have had the infection,” says the California Department of Public Health on its website.

I thought we were supposed to track the percentage positive. Why is the state now looking at the case rate?

“It was determined to be most appropriate to use a combination of case rate and testing positivity to monitor elevated disease transmission. When considering both the (case rate >25 per 100,000 AND testing positivity >8%) and case rate >100 per 100,000 criteria, numerous options were considered. Ultimately criteria were selected that fell in the mid-range of the most and least conservative options,” said CDPH when asked by News 8.

Does blood type affect how susceptible a person is to COVID-19? Can it affect the severity of symptoms?

There is conflicting research.

“Blood type is not associated with a severe worsening of symptoms in people who have tested positive for COVID-19,” found researchers at Harvard Medical School based on findings published in the Annals of Hematology.

However, early research studies from both the U.S. and China that have not all been peer-reviewed found people with Type A blood may be at higher risk of contracting the virus.