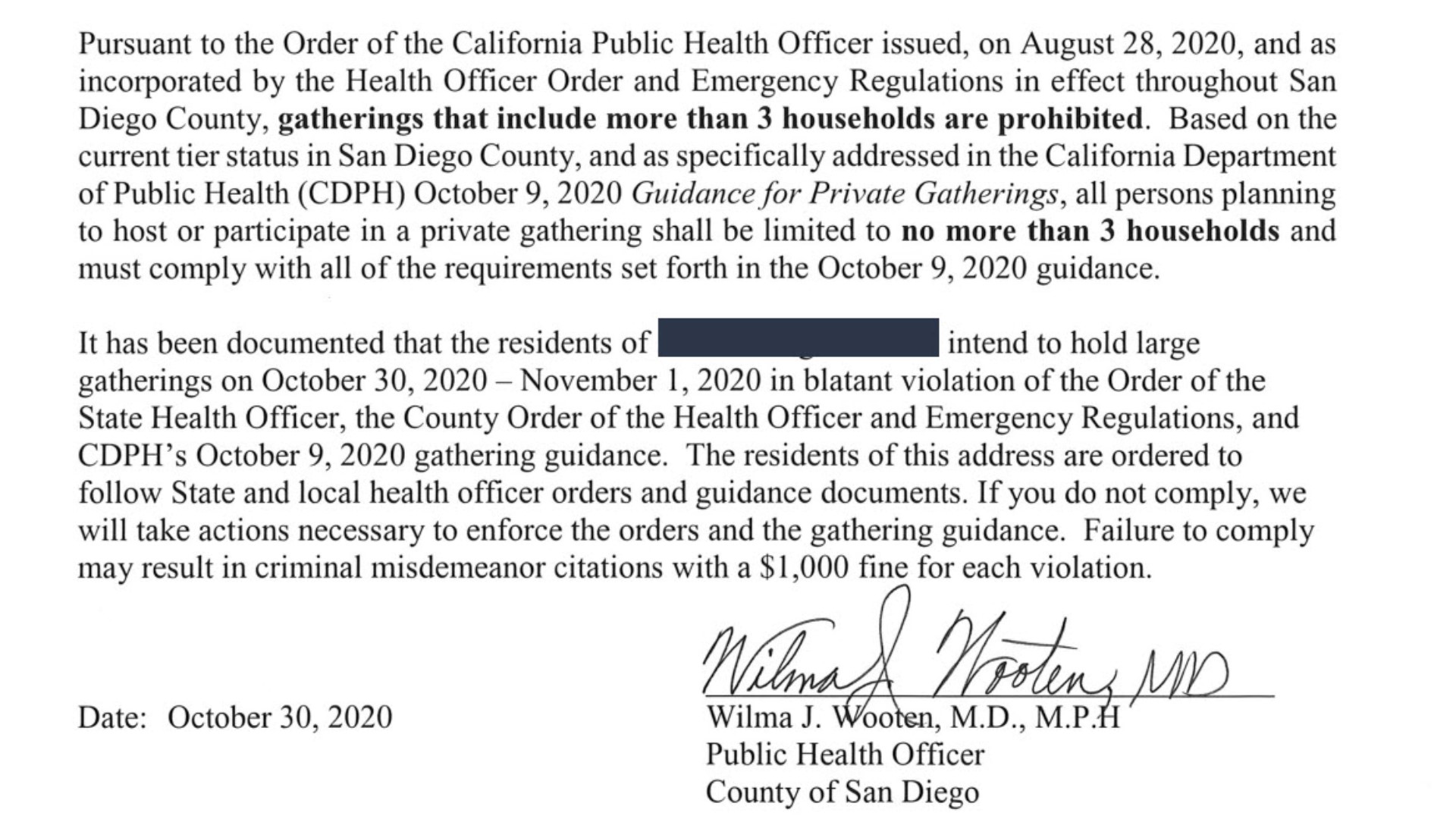 These homes are not owned by SDSU but San Diego County’s Public Health Dept says the residents living in them are hosting large parties attended by SDSU students.

"We were compelled to take this action because there is a great deal at stake," said Dr. Wilma Wooten, the county's public health officer. "Let me be very clear, the region's livelihood hangs in the balance and is directly tied to our individual and collective actions."

"We are on the brink of moving to a more restrictive tier. Know that our place on one tier or another is not based on the state's assessment, it is intrinsically tied to our personal and common efforts. The risk of contracting COVID-19 is increased when we come in contact with individuals outside our households. Every decision each of us makes should be guided by that knowledge."

RELATED: San Diego State asks students not to hold Halloween parties, but will they comply?

Mark-Yves Gaunin is a 4th-year student at SDSU and works in a Residence Hall on campus. He says a lot of students do follow the guidelines, but others seem to think nothing bad will happen if they don’t.

“The cease and desist will of course stop the parties that are supposed to happen at those houses but there’s still going to be a lot of students going out,”  Gaunin said.

Several of the addresses are homes next door to one another. According to the county, residents reportedly planned to tear down backyard fences to make one communal gathering area.

The women in the Gamma Phi Beta house say they were surprised when they received the County’s cease and desist notice after having only one noise complaint.

“We were not planning a party. We don’t do that. Literally, there’s six of us. We just hang out here. Our Halloween plans were literally just to stay here because there’s nothing we can do,” said Natalie Atkins, a member of Gamma Phi Beta Sorority

According to the California Department of Public Health's Oct. 9 guidelines, gatherings are to be restricted to no more than three households.

Wooten's letter stated that failure to comply with the guidelines could result in a criminal misdemeanor citation with a $1,000 fine for each violation.

The organizations and addresses in the cease-and-desist orders include:

San Diego Police Department issued a statement as well on Friday noting that they are aware of several Halloween parties planned for this weekend in the College Area and are encouraging everyone to follow the guidelines set by the County Health Order that limits gatherings. SDPD "will work together with SDSU where appropriate to respond to any calls for service regarding loud parties this weekend and will take appropriate action, including issuing citations."