One thousand doses of the one-shot Johnson & Johnson vaccine have been designated for those staying at the Convention Center. 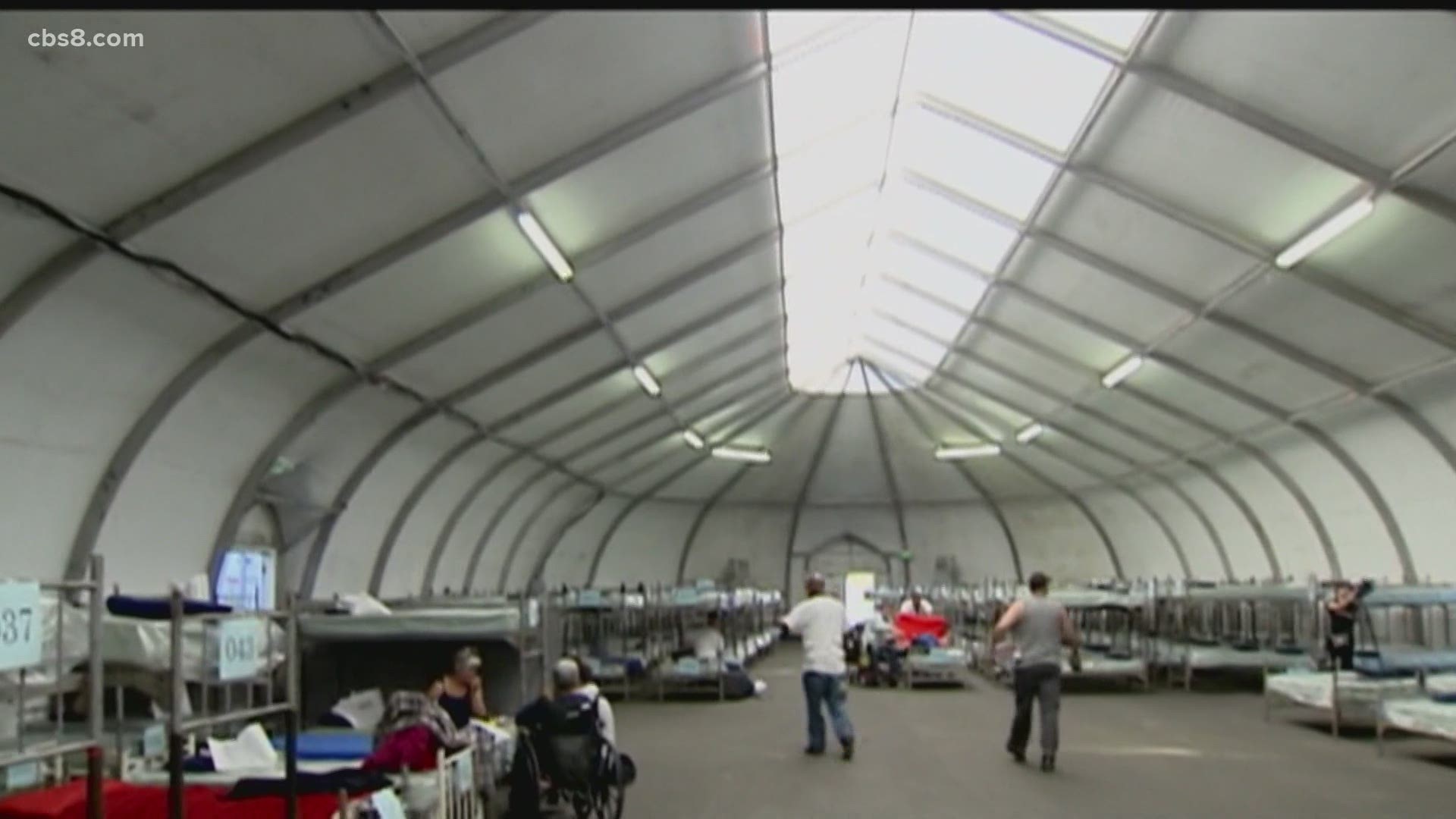 SAN DIEGO — As San Diego receives its first shipment of the one-shot Johnson & Johnson vaccine, one thousand of those doses have been designated specifically for San Diegans who are staying at the Convention Center downtown.

This comes as the center is beginning to wind down its operations as a shelter, which began nearly one year ago, as the number of COVID-19 cases began to rise.

Over that time, the Convention Center has provided a safe space for more than 4,000 San Diegans and helped find permanent housing for over 1,200 people.

While the center is now beginning to wind down its shelter operations, the mission to help those in need of housing will continue.

"This is another step forward," said County Board of Supervisors Chair Nathan Fletcher on Tuesday, as those doses of the newly-arrived shipment of the Johnson & Johnson vaccine began to be distributed to residents of the 'Shelter-to-Home' program at the San Diego Convention Center.

"This is part of a coordinated effort to make sure we're caring for the most vulnerable in our community just as we've done throughout the pandemic," added San Diego Mayor Todd Gloria.

"I really do feel like we are getting there," said Chris Heiser, Deputy Chief of EMS for San Diego Fire-Rescue.

This two-day roll-out of the vaccine to the more than 700 San Diegans still staying at the convention center, as well as the center's staff, is all in preparation for transitioning the current residents into other shelters throughout downtown.

"Let me be clear," Mayor Gloria said. "No one at the convention center will be forced back on to the streets."

Starting March 22, the move will begin in a phased approach.

Father Joe's Villages, which operates a shelter out of Golden Hall downtown, will offer facilities to families and transition-age youth on the top floor, as well as a separate shelter for adult males on the lower level.

The Alpha Project, PATH, and other Father Joe's sites throughout San Diego will open their doors to others in need.

"Everyone is working together to work our way out of this," Fletcher said.

This morning we were able to see for ourselves the efforts being made to vaccinate our homeless population. Every shot in an arm is a win and gets us closer to ur recovery.
Thank you @MayorToddGloria for your partnership in this effort.#readytoriseSD pic.twitter.com/eqbBq8G0dq

Before the move begins, though, these shelters will each undergo modifications to allow for greater social distancing among the new residents.

These modifications include, for example, spacing beds farther apart, as was done in the convention center.

"This will allow enough physical distance between shelter residents once they're back in those shelters," said Rick Gentry, head of the San Diego Housing Commission, "And with safer distances in place, the shelters will continue to help as many people as possible."

Mayor Gloria said Tuesday that part of the federal stimulus money San Diego is expecting to receive, an estimated $300 million in total, will be used to continue battling homelessness.

While there are no immediate plans to re-open the Convention Center for conventions or events, county leaders say they are considering using the site in the short term as another mass vaccination site for all San Diegans.

Today, we announced our plans to conclude Operation Shelter to Home, our successful temporary shelter at @SDConventionCtr, at the end of March. We will ensure all of our residents are safely relocated to City shelters and continue to receive services. ➡️https://t.co/dmBT7EBsaU pic.twitter.com/mlr8B1ev60 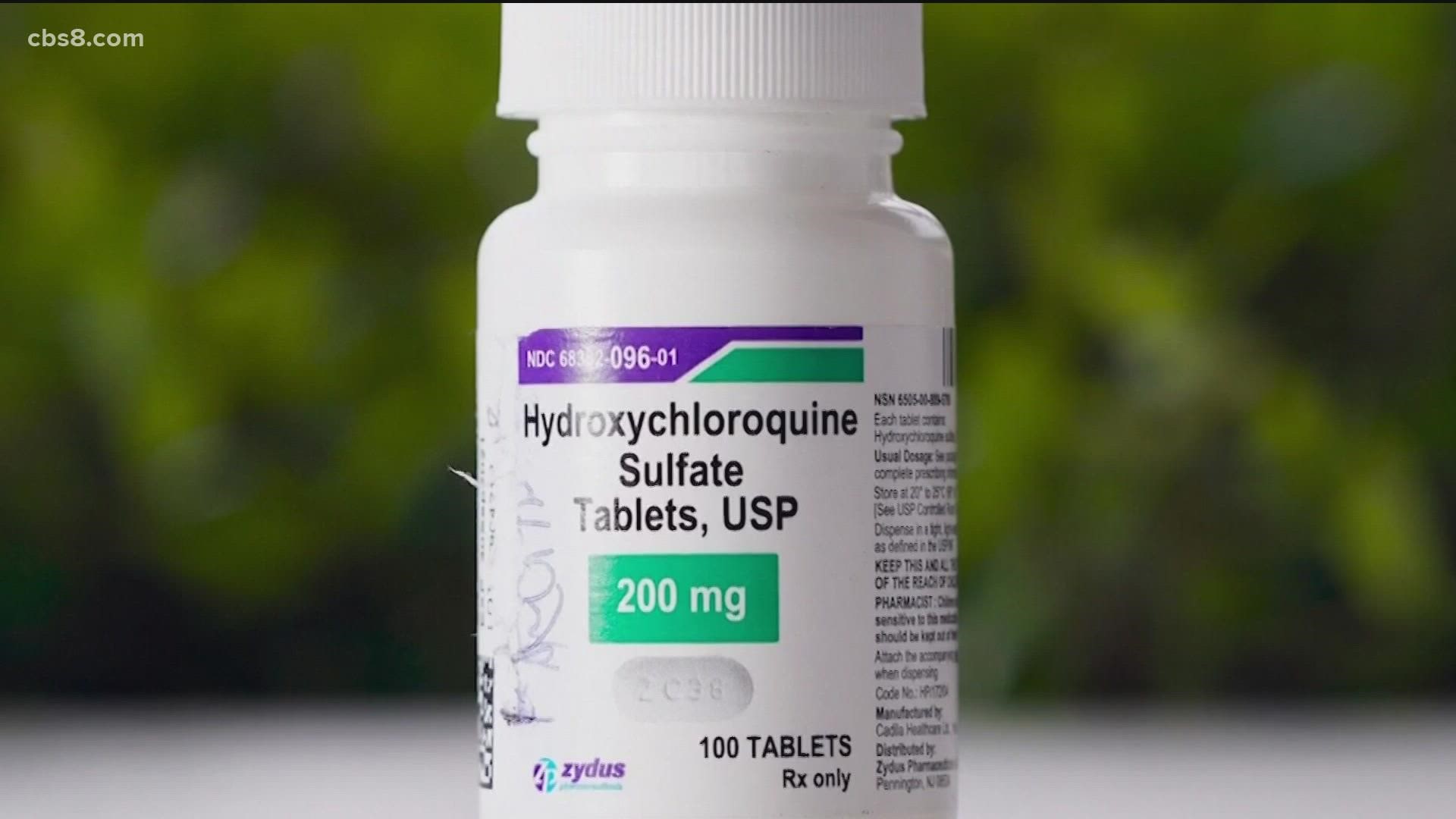