“The reason we filed the suit is the governor had no such authority and there are remedies,” said Issa, the Republican contender for the 50th Congressional District. 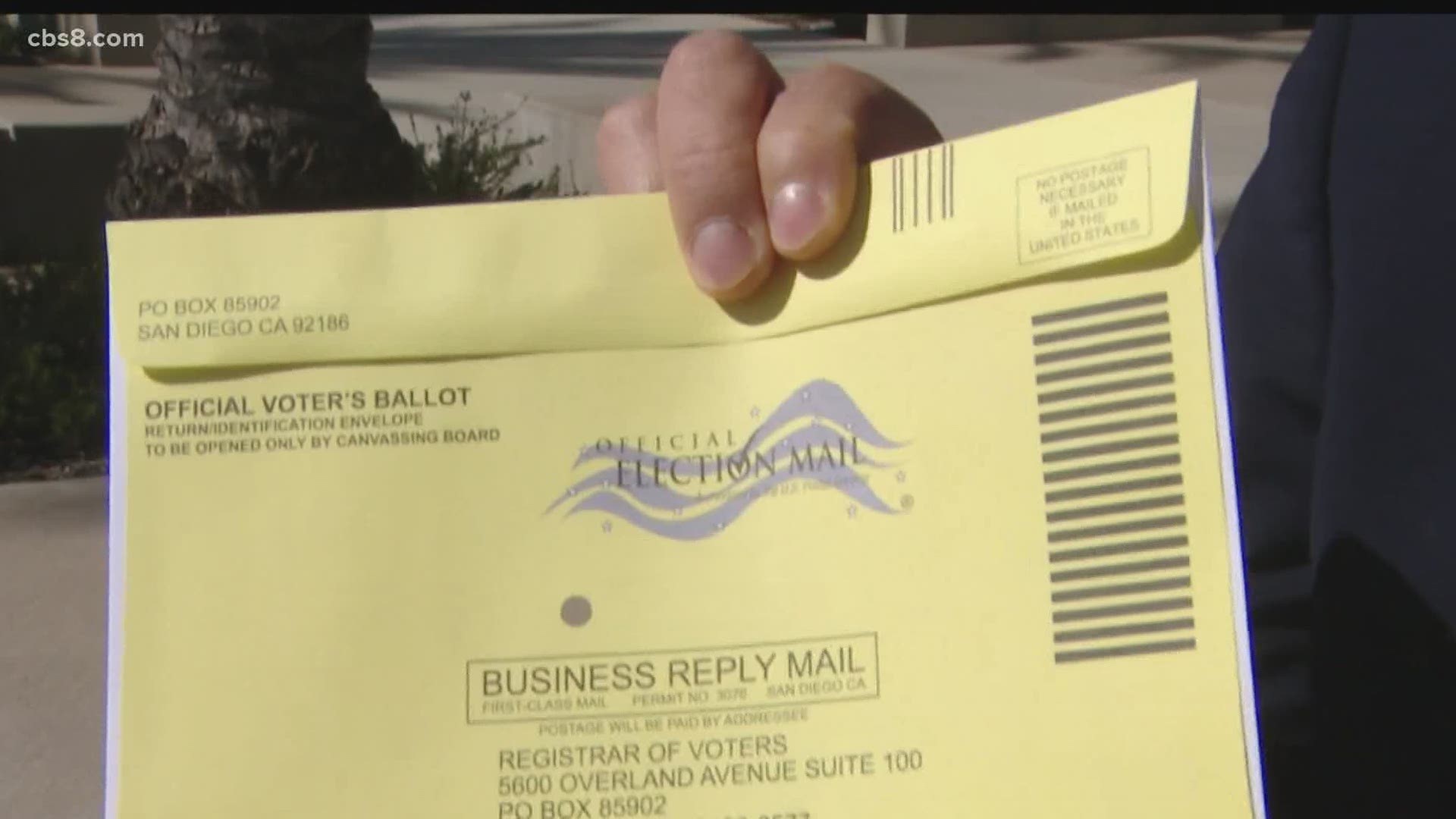 SAN DIEGO COUNTY, Calif. — Former Rep. Darrell Issa filed a lawsuit last week against Gov. Gavin Newsom over his directive to send every registered voter a ballot for the November election. It made California the first state to send all voters a ballot because of the novel coronavirus pandemic.

“The reason we filed the suit is the governor had no such authority and there are remedies,” said Issa, who is the Republican contender for the 50th Congressional District.

Issa estimates the directive affects five million California voters who have not opted-in to receive a mail-in ballot. Instead, he wants county registrars to send a notice to those voters and ask if they want a ballot.

“If four million come back I’ll be delighted. If one million come back ‘return to sender no one at that address’ then, in fact, the state will have saved a million ballots they won’t be sending out because they shouldn’t,” explained Issa, who referenced the San Diego County Registrar’s initiative to notify voters who are registered as “no party preference” that were eligible to vote in the Democratic Party’s March primary.

Newsom has maintained he does have the authority to go all mail-in. His decision was supported by California’s Secretary of State, Alex Padilla.

“Expanding vote-by-mail during a pandemic is not a partisan issue — it’s a moral imperative to protect voting rights and public safety. Vote-by-mail has been used safely and effectively in red, blue, and purple states for years,” said Padilla in a statement. “This lawsuit is just another part of Trump’s political smear campaign against voting by mail. We will not let this virus be exploited for voter suppression.”

Issa disputed the notion that the lawsuit was an attempt to suppress voters.

The 50th Congressional District is a battleground as Democrats try to maintain control of the House. Incumbent Rep. Duncan Hunter vacated the seat earlier this year after pleading guilty to one charge of unlawful use of campaign funds. Newsom decided against holding a special election to replace him since Hunter resigned close to the primary, so the district is currently unrepresented in Congress.

Hunter won re-election by less than 9,000 votes in 2018 against Democrat Ammar Campa-Najjar, who is running again in 2020.

“Darrell Issa thinks more people voting is a bad thing. When an election inconveniences him, he quits (#CA49) or sues. Stop complaining, put in the work for once. Over 80% of #CA50 voters vote by mail-in ballot, including Darrell himself! Hypocrisy, entitlement, privilege,” wrote Campa-Najjar.

Traditional political thinking suggests Democrats may get an edge in mail-in voting. However, researchers of a recently published Stanford University study found both parties, generally, benefited from the increase in ballots. Researchers indicated the pandemic could produce different results because some may be more or less inclined to vote.

A decision on the matter is expected to be made well before the ballots would need to go out for the November election.

RELATED: Every California voter will receive a vote-by-mail ballot this fall

RELATED: Trump slams mail-in balloting promoted by his own campaign