Like religion and politics, the pandemic has become one of those issues that you don't bring up at socially distant family gatherings or Zooms. 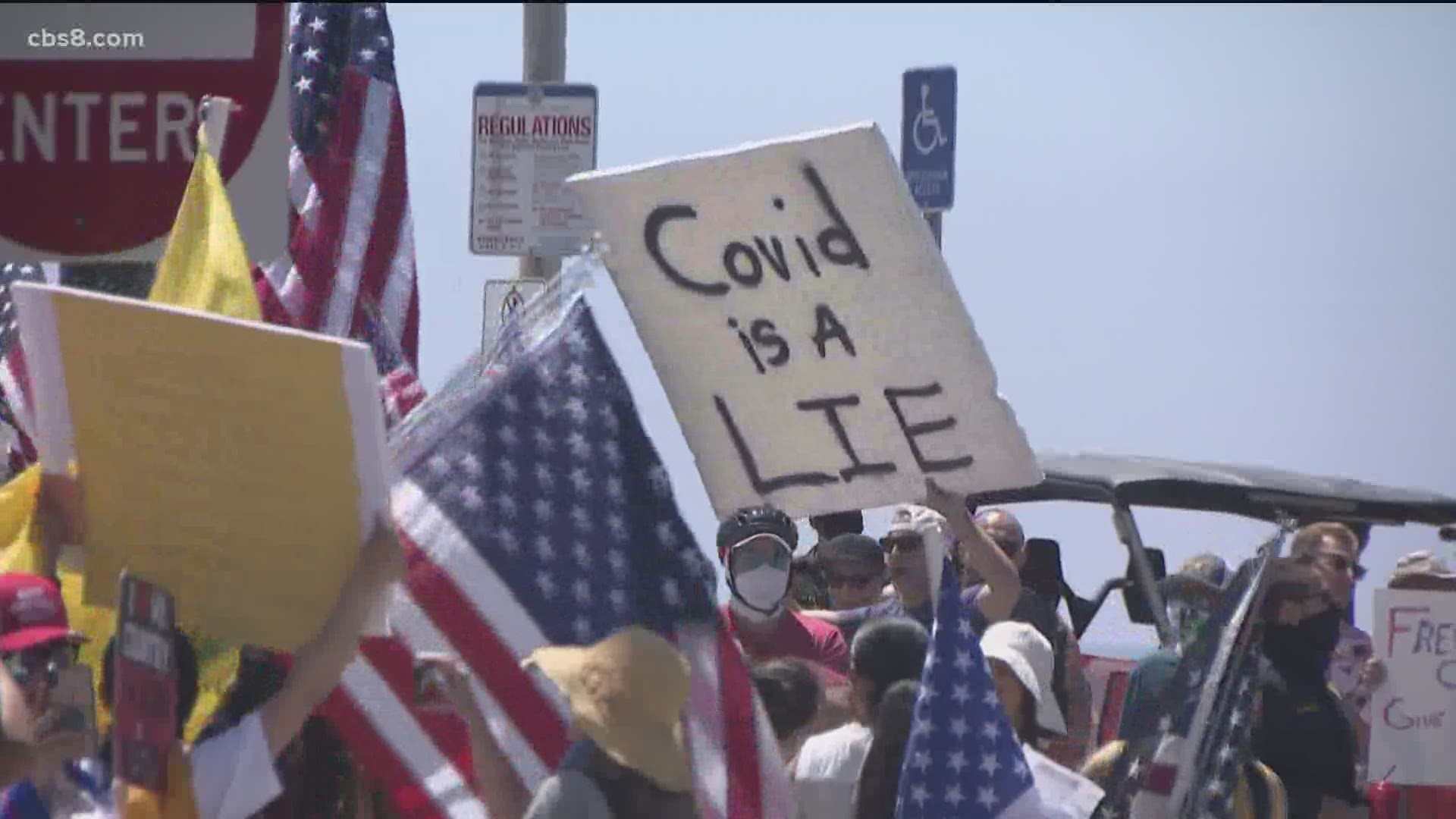 SAN DIEGO COUNTY, Calif. — The debate between mask supporters and non-COVID-19 believers rages on. The public health crisis has become so political it's showing another side to friends many don't like.

Like religion and politics, the pandemic has become one of those issues that you don't bring up at socially distant family gatherings or Zooms.

“There is no political party that denies that this is a major pandemic,” said psychiatrist Dr. Michael Lardon.

But how the deadly virus is viewed has become political. There are online attacks between mask supporters and non-believers, face-offs with freedom protesters and grocery store outbursts over mask policies and conspiracy theorists.

“Sometimes people believe in something they can't see but this is something you can see and it is real,” said Lardon.

“[We heard] messages about ‘the virus is going away,' 'we don't need to worry about it’ and that has caused the gap between Democrats and Republicans in how they think about masking and social distancing,” said Dominguez.

Pew Research shows more Democrats view COVID-19 as a major threat to public health than Republicans and those who are hyper-focused on political news tend to lean one way or the other, depending on the information source.

“People are getting information from who knows who, from the internet that makes it easier for conspiracy theories to spread,” said Dominguez.

“You have to explain that the virus will take your rights away and their life away,” said Lardon.

Professor Dominguez said how the virus plays out in the November election will depend on the direction of the pandemic takes in the next couple of months.