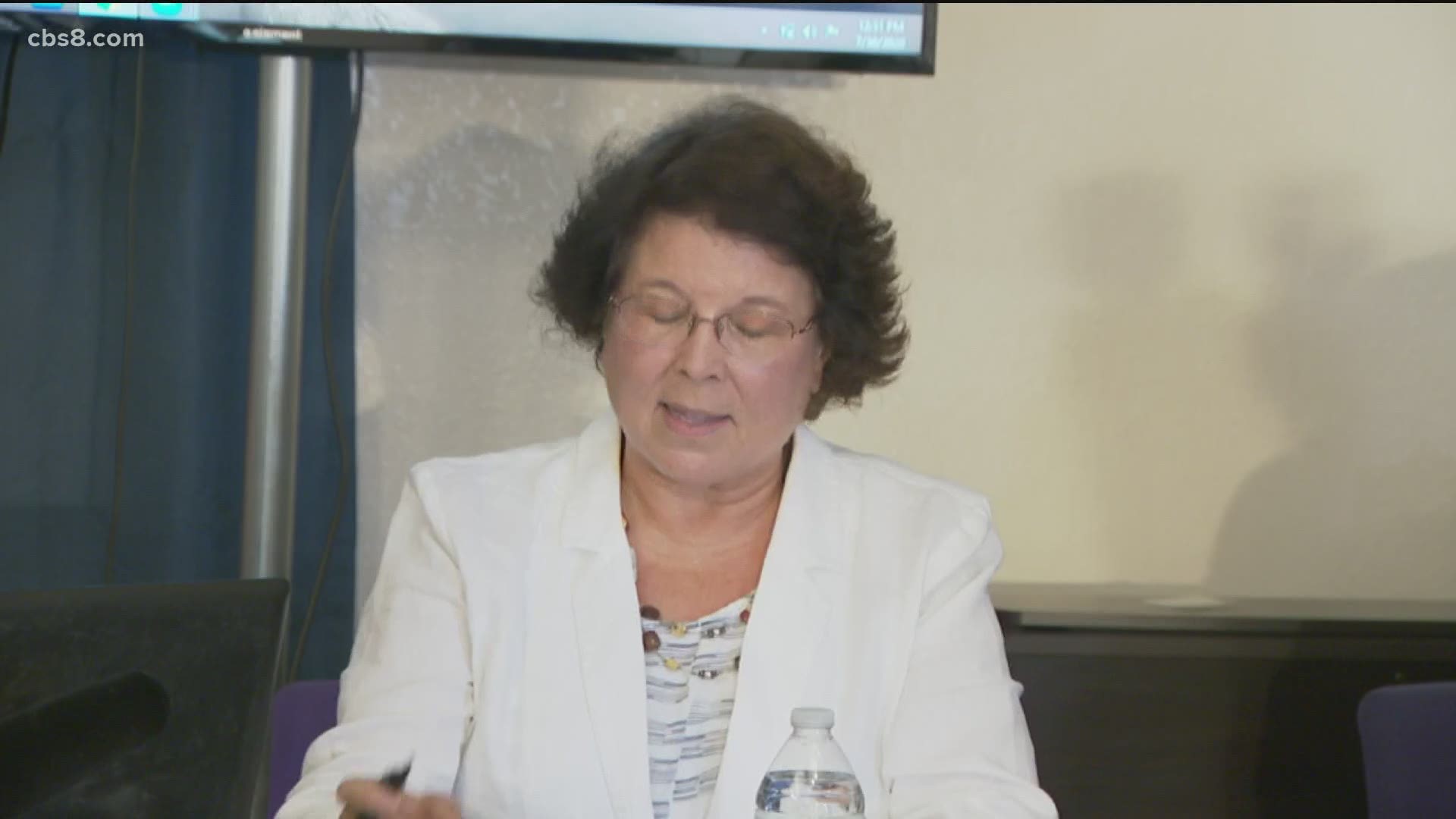 Of the 8,238 cases reported Thursday, 5% were positive, dropping the 14-day rolling average of positive test cases to 5.6%. The state's target is fewer than 8% of tests returning positive.

While these numbers appear to be steps in the right direction, County Supervisor Nathan Fletcher said Wednesday that since the county has "realigned" who gets tested to more vulnerable populations due to dwindling testing supplies, it may not reflect the true extent of the pandemic in the region.

The six people whose deaths were reported Thursday were two women and four men who died between May 29 and July 29, and their ages ranged from 48 to 86. All had underlying medical conditions, as have 95% of those who have died from the illness.

According to county data, 57% of adult San Diego County residents have underlying medical conditions such as high blood pressure, heart and lung disease, cancer, diabetes and obesity. These conditions put these people at risk for serious illness should they contract COVID-19.

Of the total hospitalized during the pandemic due to the illness, 71% have been 50 or older. The highest age group testing positive for the illness are those 20-29, and that group is also least likely to take precautionary measures to avoid spreading the illness, a county statement said.

"Some San Diegans think they're not going to get sick and therefore are not following the public health guidance," said Dr. Wilma Wooten, the county's public health officer. "What they don't realize is that they could get infected and pass the virus to others who are vulnerable."

Five new community setting outbreaks were reported Thursday -- all in restaurant/bar settings. In the past seven days, 28 community outbreaks have been confirmed.

The number of community outbreaks far exceeds the county's goal of fewer than seven in a seven-day span. A community setting outbreak is defined as three or more COVID-19 cases in a setting and in people of different households.

An amendment to the county's public health order, which went into effect this morning, will require all employers to inform employees of any COVID-19 outbreaks or cases at a place of business. Previously, the county recommended employers disclose outbreak information but did not require it.

"We are continually adjusting and making refinements," Fletcher said. "We believe most entities are acting responsibly, but this will ensure employers inform their employees."

The head of the Chicano Federation of San Diego County was critical of the county's response, saying it had not taken actions to reflect its demographics in contact tracers -- inaction which could be exacerbating cases and reporting in the county's Latino population.

"We were told repeatedly that the county was working diligently to hire people from the community to serve as contact tracers, and that they were being intentional about making sure contract tracers and investigators were representative of the community. They lied," Chicano Federation CEO Nancy Maldonado said in a statement Wednesday.

"The County of San Diego has failed Latinos at every step of this pandemic," she said. "Lives have been destroyed because of failed leadership. The response from the county has been irresponsible -- and San Diego County's Latino community is paying the price."

Latinos make up 61% of those hospitalized in the county from the virus and 45% of the deaths. They compose around 35% of the county's population.

Cox and Fletcher also said they would be bringing a plan for a safe reopening compliance team before the full Board of Supervisors. The team would supplement health order enforcement, including investigating egregious violations, outbreaks and conducting regular checks of the county's more than 7,500 food facilities.

New enforcement could include a compliance hotline for tips, additional staff for investigations and outbreaks, and coordination with cities to send a team to conduct investigations.