Friday was the 10th consecutive day more than 600 new coronavirus cases were reported by the county, and the most reported in a single day.

Four women and four men died between Nov. 1 and Nov. 19. Their ages ranged from early 50s to early 90s. All had underlying medical conditions.

"The virus is widespread and every element of our community is impacted," said Dr. Wilma Wooten, the county's public health officer. "Now more than ever it is vital that San Diegans avoid gatherings and crowds, wear a face covering when they are out in public and stay home if they are sick."

The last seven days have marked the highest daily case counts in San Diego County since the start of the pandemic, with 736 cases reported on Saturday, 833 on Monday and 718 on Tuesday.

The number of COVID-19 cases in the hospital continues to rise, with 440 currently hospitalized in the county and 127 in intensive care -- nearly double the numbers a month ago.

Wooten said Anyone hosting a gathering should keep it small, short and safe.

Small meaning gatherings should be limited to a maximum of three stable households. Short meaning the gathering should last two hours or less. Safe meaning that people should stay outdoors as much as possible and wear a face covering when they are not eating or drinking.

The county has issued 52 cease-and-desist orders since Monday, including five Thursday to Alliance MMA and Functional Republic, both in Chula Vista, Crunch Fitness in Serra Mesa, The Element Dance Center in La Mesa and IB Fitness in Imperial Beach. Residents can report egregious violations of the health order on the county complaint line at 858-694-2900 or email SafeReopeningComplianceTeam@sdcounty.ca.gov.

Gore said deputies would not be going door-to-door but, rather, follow up on complaints. Education about public health orders will be the first method used, Gore said. Citations could follow.

"The bottom line is wear those damn masks out there and social- distance," he said.

The announcement about increased enforcement measures came on the day Gov. Gavin Newsom announced California counties in the state's "purple" tier will be subject to a curfew prohibiting all "nonessential" activities and gatherings between 10 p.m. and 5 a.m.

The "limited Stay At Home Order" applies to all counties in the most restrictive tier of the state's coronavirus monitoring system, purple, which includes Los Angeles, Orange and San Diego counties. The order will take effect at 10 p.m. Saturday and remain in effect until 5 a.m. Dec. 21. 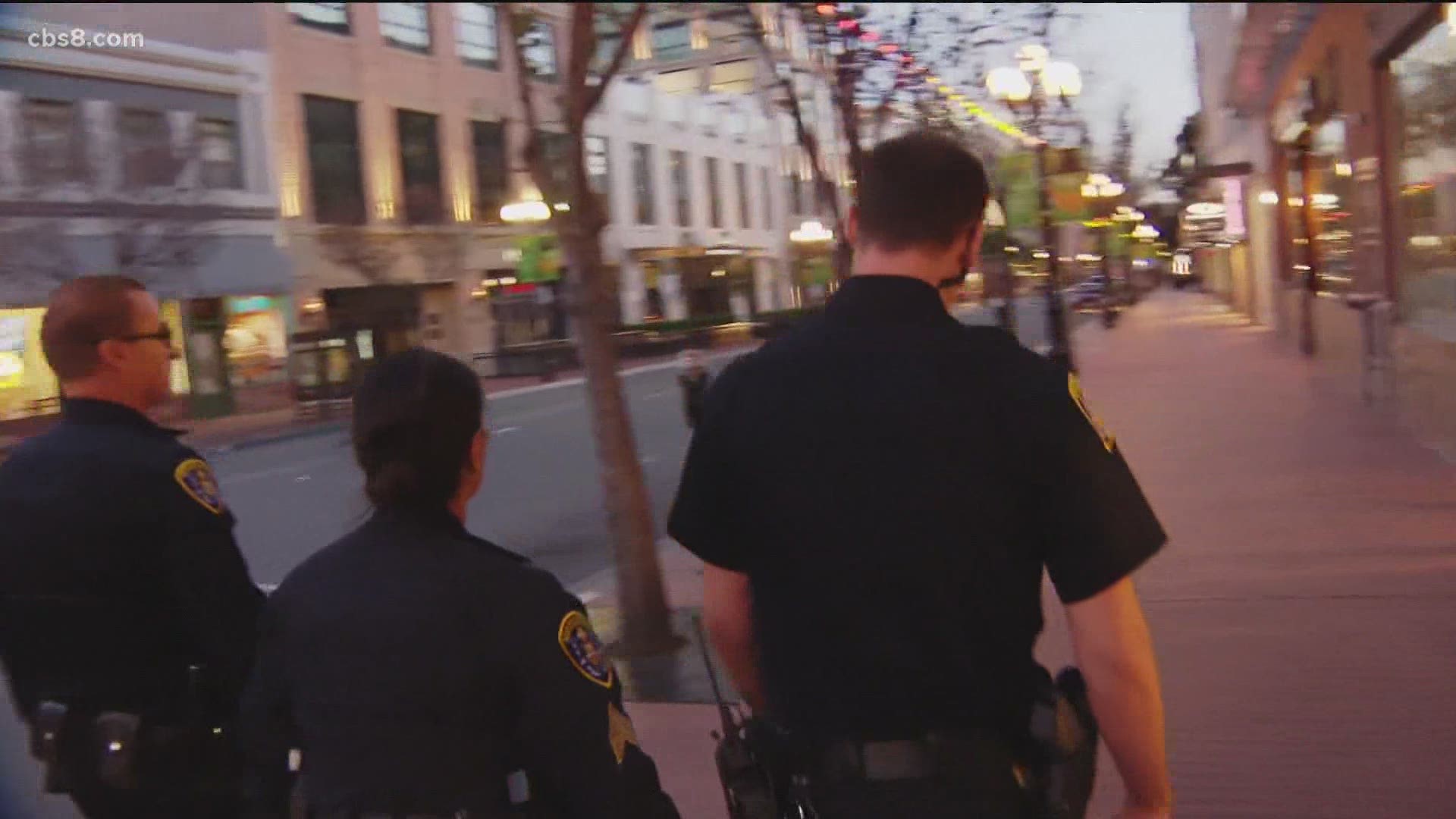 The region has an adjusted rate due to a significant effort to increase the volume of testing. The county officially entered the purple tier and its associated restrictions just after midnight Saturday.

San Diego County's rate of positive tests increased from 2.6% last week to 4.3% Tuesday. The health equity metric, which looks at the testing positivity for areas with the least healthy conditions, remained steady at 6.5%.

In response to rising cases statewide, Newsom on Monday pushed the vast majority of California counties into the purple tier.

With purple-tier restrictions in place, many nonessential businesses were required to move to outdoor-only operations. These include restaurants, family entertainment centers, wineries, places of worship, movie theaters, museums, gyms, zoos, aquariums and cardrooms.