The order has been lifted for all California regions, but most counties return to the state's most restrictive "purple" tier. 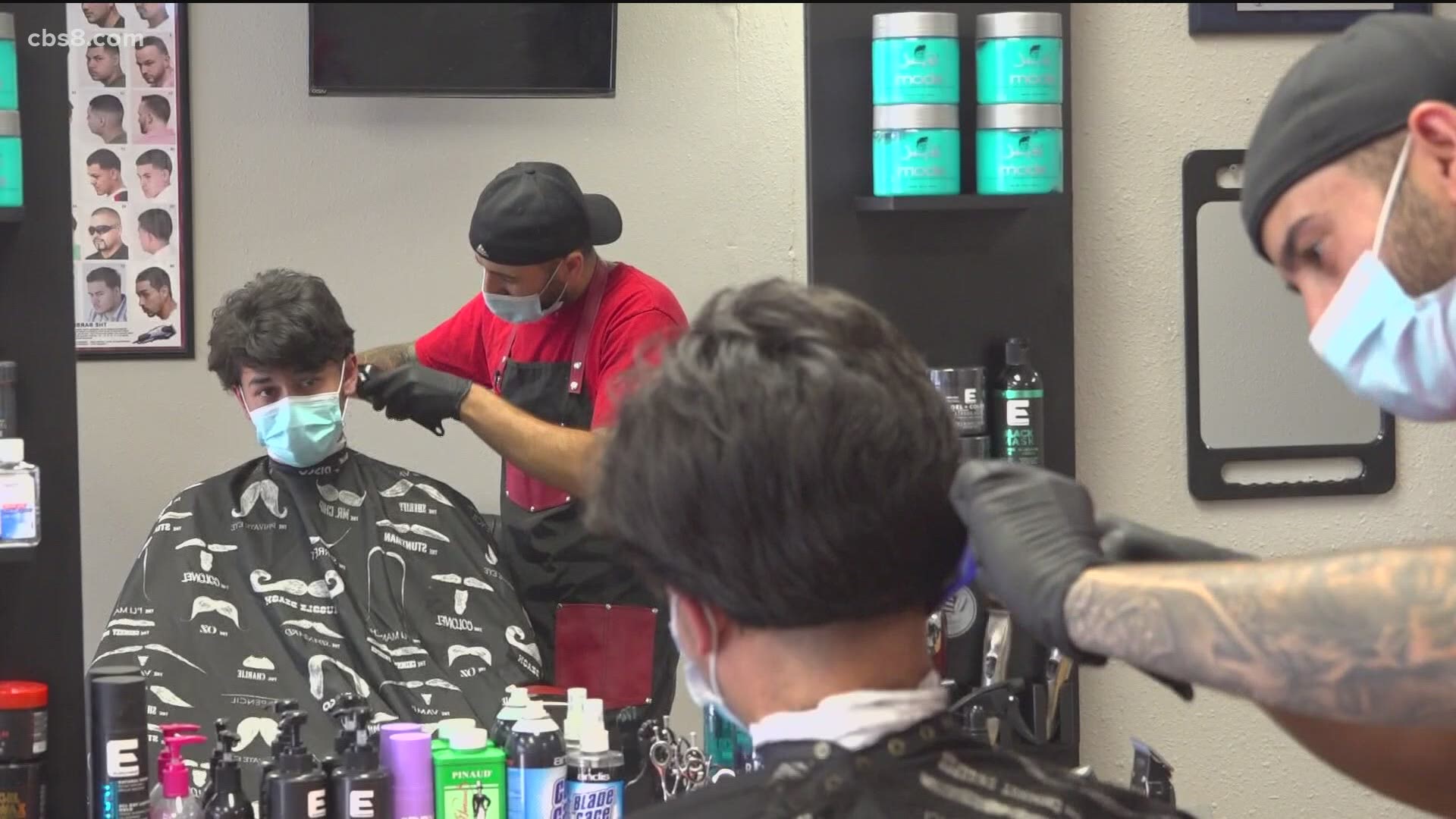 SAN DIEGO — Citing improving conditions in hospitals, state health officials Monday lifted all regional stay-at-home orders, including in the 11-county Southern California region, but counties will still be subject to the tight regulations of the restrictive "purple" tier of economic reopening guidelines.

"Californians heard the urgent message to stay home as much as possible and accepted that challenge to slow the surge and save lives," said Dr. Tomas Aragon, CDPH director and state public health officer. "Together, we changed our activities knowing our short-term sacrifices would lead to longer-term gains. COVID-19 is still here and still deadly, so our work is not over, but it's important to recognize our collective actions saved lives and we are turning a critical corner."

Although the state order has been lifted, individual counties are still able to impose stricter restrictions than the state.

"Obviously we need to see continued progress. We want to see our case numbers continue to decline," he said. "And again, our focus has to remain on administering vaccines and continuing the efforts to slow the spread to try to guide our way out of this."

Here's a look at the Purple Tier restrictions:

"The state's lifting of the Regional Stay at Home Order brings positive news of improving public-health conditions, but we must stay vigilant so that we can protect our healthcare system and defeat COVID-19," he said.

"This is how our economy will fully reopen for good. I want to thank every San Diegan -- residents and small business owners alike -- who made this possible by avoiding gatherings, wearing masks and staying home when possible. With vaccination efforts expanding, we're making real progress, but it's not time to let our guard down. San Diego will continue to enforce state and county public-health guidelines. Let's continue to keep ourselves and each other safe," Gloria said.

Not all scientific experts, though, are on board with this relaxation of restrictions here in California.

"This is just not the way to respond to an outbreak," Dr. Yaneer Bar-Yam, president of the New England Complex Systems Institute, told News 8.

"I was astounded, because we're just at the horrendous limit of what we were willing to tolerate, and now we're willing to go back there?" he added. "That doesn't make any sense. As soon as you relax the restrictions, the cases are just going to jump."

Most of the state remains in Purple, our most restrictive tier. We must continue to take health precautions: Wear a mask. Don't gather. Stop the spread. https://t.co/snYe5v55Rw pic.twitter.com/0i6Cx9Hm1A

The California Nurses Association agreed, urging everyone to continue following the stay-at-home orders, adding in a written statement that said, "anything less now would only increase suffering and death for people across California, including the nurses and other health care workers who are critical to getting COVID-19 under control."

Bar-Yam also raised concerns over the prevalence of  more contagious COVID-19 variants, including the "UK variant" and the so-called "California strain," which now make up 24 percent of the cases in Southern California.

"We are always looking for how this sneaky virus is going to throw us a curveball,  and decide what the right interventions are," Ghaly added.

Former Mayor Kevin Faulconer, who has formed an exploratory committee to run for governor and has attacked Newsom in recent weeks, described the move as "absurd."

"A new day, a new erratic COVID rule," Faulconer said. "Californians want to follow the science. Instead we are forced to follow a governor who decides on a whim the fate of millions of Californians while refusing to release the data behind his contradictory and arbitrary decisions."

"The most valuable resource in a crisis is trust, but that's in even shorter supply than vaccines under Gavin Newsom," he added. "How many lives have been ruined, jobs lost, students disenfranchised and businesses shuttered by his random and confusing decrees?"

In general, lifting the state order could mean a resumption of outdoor dining, as well as at least some services at gyms, barber shops and nail salons, among other businesses.

A possible resumption of outdoor dining could be the biggest economic boon of the announcement. On Sunday, the California Restaurant Association sent its members a letter announcing the pending state decision, saying, "We thought you'd like to know this good news."

The announcement came as San Diego County reported 1,437 new COVID-19 infections Monday, no new deaths and the fewest coronavirus-related hospitalizations in a month -- 1,485 -- though the number of patients in ICU units remains high at 424, just 14 below the record 438 reported Wednesday. There were 47 staffed ICU beds available in the county as of Monday.

It was the 56th consecutive day with more than 1,000 new cases, and brings the county's cumulative case total to 228,632, while the death toll remained unchanged at 2,375.

The county has now administered 235,078 total doses of COVID-19 vaccines, with 1.3% of the county's population above the age of 16 now inoculated.

Ten new community outbreaks were reported Monday, with 55 in the past week, tied to 234 cases.

A second "Vaccination Super Station" opened Thursday in Chula Vista. A smaller vaccine site opened Sunday in National City. These are intended to provide relief to the hard-hit South Bay region and its Latino population.

CA’s Regional Stay at Home Order has been lifted! We still have a lot of work left to do but we can all do our part to continue to flatten the curve. Wear a mask. Keep your distance. Don't mix.