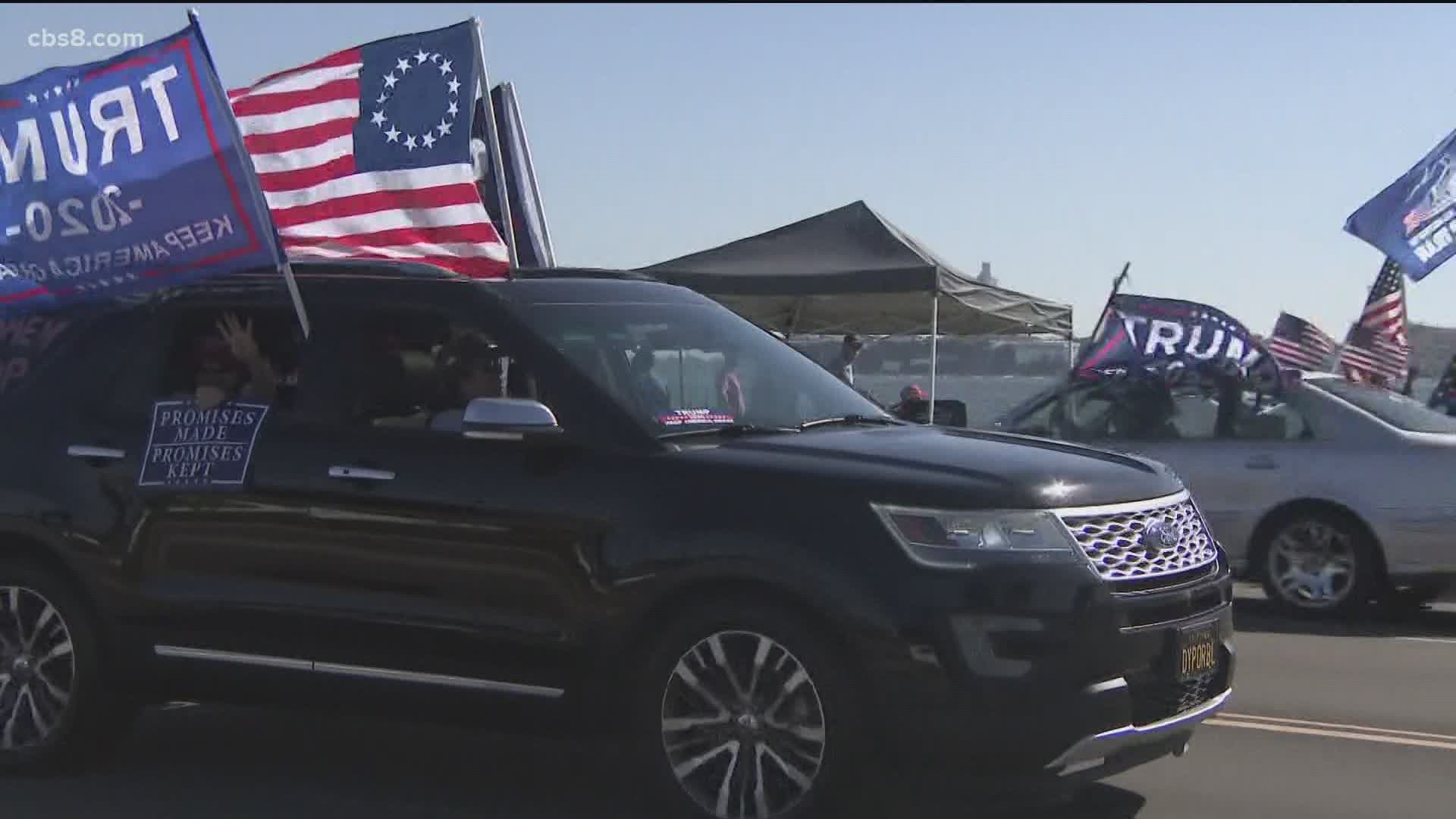 Of the 12,879 tests reported Saturday, 3% returned positive with 239 people hospitalized.

The county avoided the state's purple tier, the most restrictive, for yet another week on Tuesday, remaining in the less restrictive red tier of the state's four-tiered coronavirus monitoring system.

According to the California Department of Public Health, the county's unadjusted case rate is 7.4 per 100,000 -- enough to be in the purple tier, which has a floor of 7 per 100,000. However, the high volume of tests the county is able to perform daily allows for an adjustment from the state. This adjustment has kept the county in the red tier for several weeks, saving it from having to shut down nearly all nonessential indoor businesses.

The state data, updated every Tuesday, reflects the previous week's case data to determine where counties stand in the state's reopening system.

All students at San Diego State University are under a stay-at-home advisory until 6 a.m. Monday. University officials said the move was made to discourage students from participating in Halloween events in which physical distancing cannot be done. Students were advised to stay home unless they have an essential need.

District officials were notified of the positive tests on Tuesday, and said the cases were separate.

According to the district's COVID-19 safety dashboard, it has recorded 13 cases since Sept. 8, with nine of those coming after Oct. 20.

The VUSD Board voted Tuesday to shut down at least one campus for two weeks starting Thursday as a result of the rising cases. At least 400 students and nearly two dozen staff members have been ordered to quarantine.