There were 46,832 tests between Wednesday and Thursday. The county says it could be because of positive case spike, fear and holiday travel. 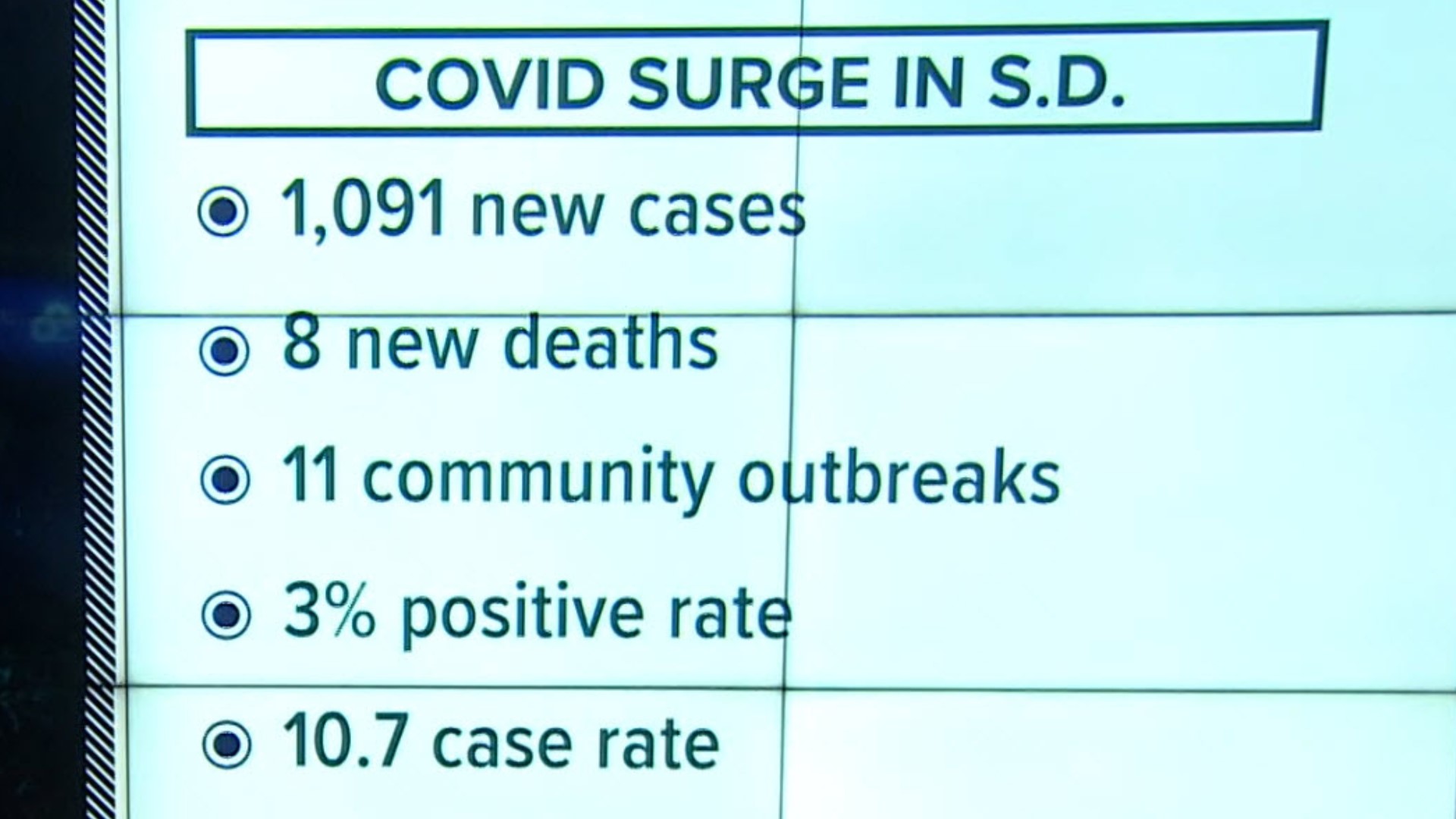 SAN DIEGO — A record number of tests were administered in San Diego this week. The county says between Wednesday and Thursday combined there were 46,832 tests countywide. To that put that in perspective, that is usually the total amount for an entire week.

“My youngest son and I kind of have the sniffles so thought we would go and get a test, just to be able to rule out if it COVID or a normal cold,” said Sarah Tiri.

She and her son waited for over an hour at the testing site at the former USD recycling center.

“It wasn't as bad as I thought, it only took an hour and 20 minutes,” said Tiri.

That wait time is not normal. San Diego County calls the record uncharted territory but assures it hasn't delayed results which are 3-5 days and sometimes sooner. The county has also added two more sites this week in Lemon Grove and Vista which brings the total up to 52 free testing locations.

“I don't really think we have COVID but I thought better safe than sorry since there is a surge,” said Tiri.

The staff does not ask people why they are getting a test so the reasoning for the surge in tests is unknown but some experts suspect it is related to the spike in positive cases, people who think they are sick, fear of the virus and holiday travel.

“We have my parents and my brother and sister in law in our bubble, so we are going to see them for Thanksgiving. But I would like to know this is before we see them,” said Tiri.

Health experts warn even a negative test shouldn’t give you a false sense of security.

“It's definitely a good thing to do and it will tell you in the moment whether you have COVID but it doesn't guarantee 100 percent that if you travel and interact with a bunch of people that you won't get it and transmit it,” said healthcare consultant, Dave Johnson, CEO 4Sighthealth.

Nationwide cases are swelling and so are the numbers of tests. Thousands waited at Dodger Stadium and there was a four-hour wait in New York City. This surge worries health experts that it’s putting a strain on the testing system. In San Diego County, it’s moving staff to assist with busier locations.

Click here for information on test locations. You can go to the county’s website where it has its 52 free sites listed. All but six are walk-ups or drive-throughs, others need an appointment.