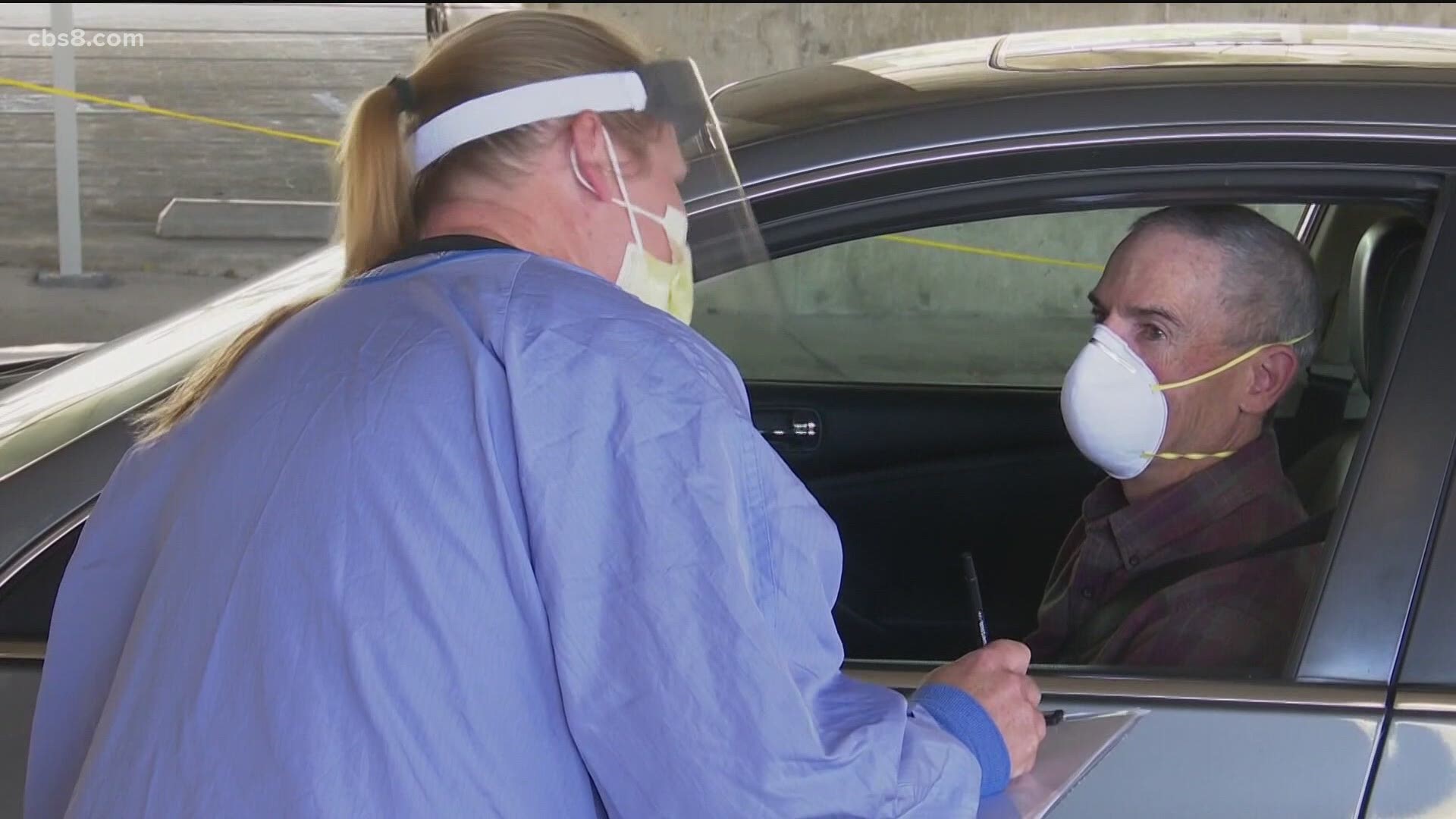 SAN DIEGO — San Diego’s case rate jumped well into Tier 1 status Tuesday, putting some county businesses at risk of being forced to close indoor operations. The county’s unadjusted case rate increased to 7.9, but after adjusting for doing below average testing, the state calculated the county’s rate at 8.1.

If the county’s case rate remains above 7.0 for 14 consecutive days, through Sept. 22, county Public Health Officer Dr. Wilma Wooten, M.D., M.P.H.  said we could be placed in Tier 1. However, this week, the county will remain in Tier 2.

“We want to be slow in the forward movement so we can have some certainty and make sure that any decision to move a county into a more restrictive tier is done thoughtfully with a lot of deliberation to ensure that we don't cause businesses or communities to feel sort of stuck in the middle, going back and forth,” said Dr. Mark Ghaly, M.D., M.P.H., Secretary of California Health and Human Services Agency.

Under Tier 1, retail and shopping centers would only be permitted to open at 25% capacity, instead of 50% under Tier 2. Hair salons and barbershops can remain open indoors, but other personal care services must operate outdoors. Museums, zoos, aquariums, places of worship, theaters, gyms, fitness centers and restaurants would also have to move outdoors.

A potential change in tiers would not affect schools unless a district has decided to tie its reopening plan to the tier system.

The state has, generally, expressed reluctance to move counties into a more restrictive tier. If San Diego County does end up back in Tier 1, it would be the first county to do so under the new case rate formula that it began using Sept. 1, when the county was placed into Tier 2.

CDPH and county health officials are expected to review potential causes for the increased cases and decide how to proceed.

“If, collectively, there's a real belief that slowing things down, putting things on pause, even moving to a more restrictive tier is going to help us get through the coming months. This state is certainly prepared to do that,” said Ghaly.

A portion of the increased case rate includes students at San Diego State University. Wooten told the Board of Supervisors Tuesday the county’s case rate would be within Tier 2 limits if the university’s 600 students who tested positive were not included. The county confirmed 294 new cases among San Diego County residents on Sept. 13., 23 of those are affiliated with SDSU. The region’s total is now 43,181.

Approximately 75% of the students with COVID-19 live off-campus. All students are counted in San Diego County's numbers under state rules because cases are counted based on a person’s current residence.

“It's easy to play Monday morning quarterback. There have been a lot of intelligent people who've been working arduously. The plan [for the fall semester] was approved in consultation with the county and through our chancellor’s office with the [California State University] System,” said Luke Wood, Vice President for Student Affairs at SDSU while announcing mandatory testing for students living on-campus. “The guidance has changed and thus our response has changed.”

Nine new COVID-19 deaths were reported in San Diego County on Sept. 14. A previously reported death thought to be a San Diego County resident was found to be a resident of another California county, so the region’s total is now 742.

CDPH has calculated our weekly unadjusted case rate at 7.9, adjusted at 8.1. The adjustment is due to testing below state average, but was disputed by the county last week because it believes some test sites aren't counted. This does not mean we are immediately going into purple. pic.twitter.com/7dFLVoINqc