Indoor movie theaters will be allowed to reopen Friday, along with bars, zoos, community swimming pools and hotels. 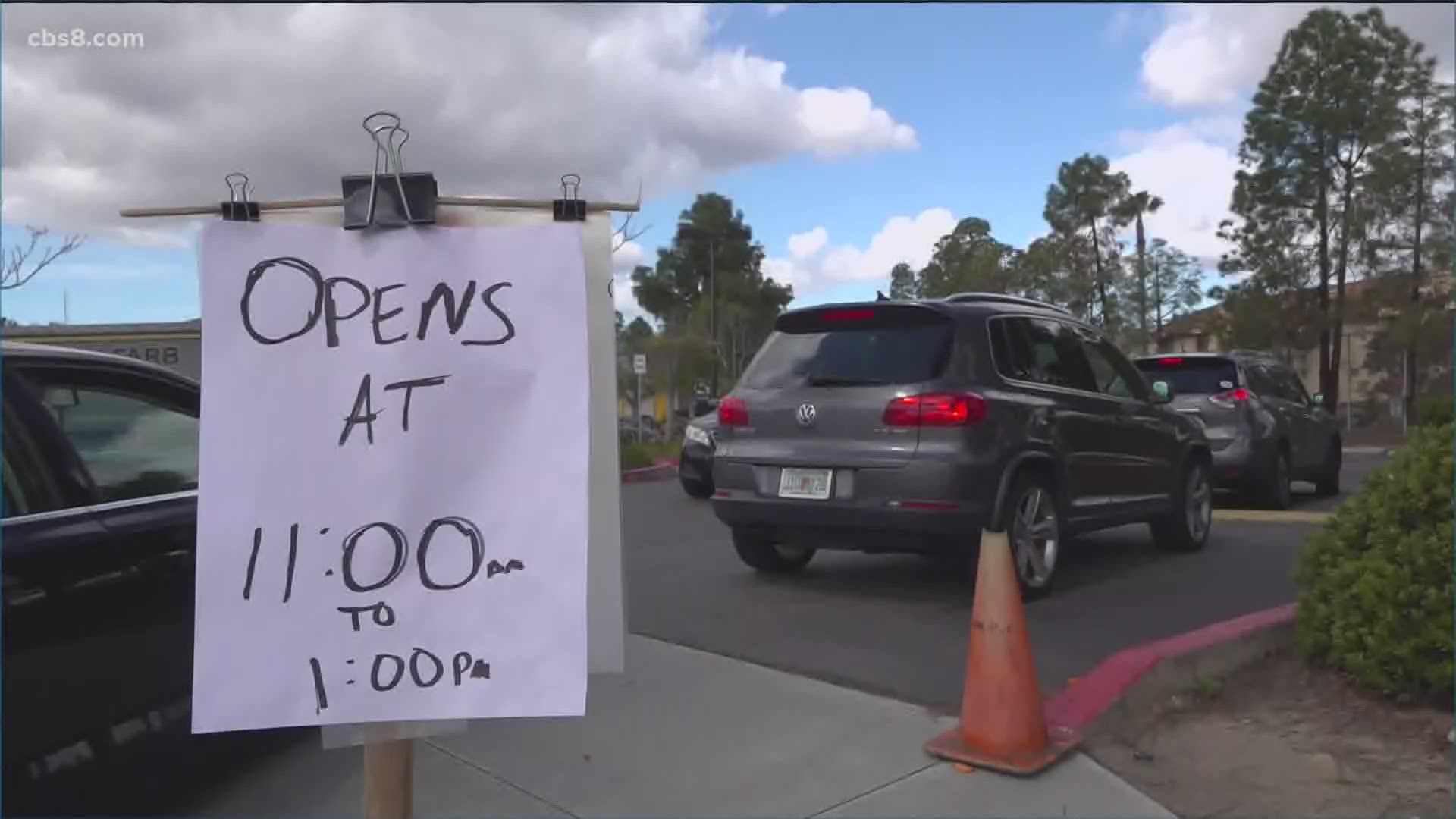 SAN DIEGO — The COVID-19 case tally is just under the 9,000 mark in San Diego County as many businesses throughout the region prepare to reopen Friday.

County health officials reported 161 new COVID-19 cases and three deaths due to the illness on Thursday, raising county totals to 8,998 cases and 308 deaths.

The three deaths were men ranging in age from their late 40s to mid- 80s and two had underlying medical conditions.

Dr. Wilma Wooten, the county's public health officer, said that 292 of 308 people who have died from COVID-19 had underlying medical conditions.

Since Wednesday, the county logged another 4,997 tests, raising the cumulative total to more than 208,000. The 161 positive tests recorded Thursday comprise 3% of the total, just below the 14-day rolling average for positive tests, which sits at 3.1%.

Indoor movie theaters will be allowed to reopen Friday, along with bars, zoos, community swimming pools and hotels. Faulconer encouraged everyone to follow the rules, including wearing face coverings and maintaining distance.

“This is a big step forward,” said Faulconer.

County Supervisor Greg Cox said movie theaters will follow similar occupancy rules to churches, with a maximum of 25% of the room's capacity or 100 customers and typical sanitizing and facial covering requirements in queues in effect.

However, not every business able to open Friday necessarily will, Cox said, referencing the San Diego Zoo's announced June 20 reopening date. The USS Midway Museum announced Thursday it would hold off on reopening until July 1.

"The dangers of COVID-19 are as real today as they were in March," county Supervisor Nathan Fletcher said Wednesday.

He cited ballooning hospitalization rates in Orange and Ventura counties and a continued crisis in Los Angeles County in saying that while San Diego County has avoided the worst of the pandemic so far, caution must be exercised to avoid a second wave.

The county is still "green" on 13 triggers it has identified as indicators of a resurgent virus, but numbers from Memorial Day, subsequent reopenings of restaurants and mass protests have not yet arrived and could show a significant uptick, officials said.

"This next phase of reopening is all about personal responsibility and accountability. Do not take unnecessary risks that could put others in harm's way," said Faulconer on Thursday evening.

Wooten said Monday that an expected spike in cases from restaurants reopening for dine-in service two weeks ago has not yet occurred, to the credit of business owners who followed sanitation and social-distancing protocols.

Hispanic or Latino residents represent 43.1% of all coronavirus deaths in the county, followed by white residents at 42.7%.

According to a 2017 demographics profile from the county's Health and Human Services Agency, the region's percentage of Hispanic or Latino residents was 33.4%, while white residents made up 46.2% of the county's population.

The Federal Emergency Management Agency-funded Great Plates program -- which partners with local restaurants to deliver food to seniors during the pandemic -- had been scheduled to end Wednesday, but was extended through July 10.

More than 1,400 people have received meals from 31 restaurants under the program.