The process began Thursday with 150 tests a day and will grow to 250 a day until all people are tested. 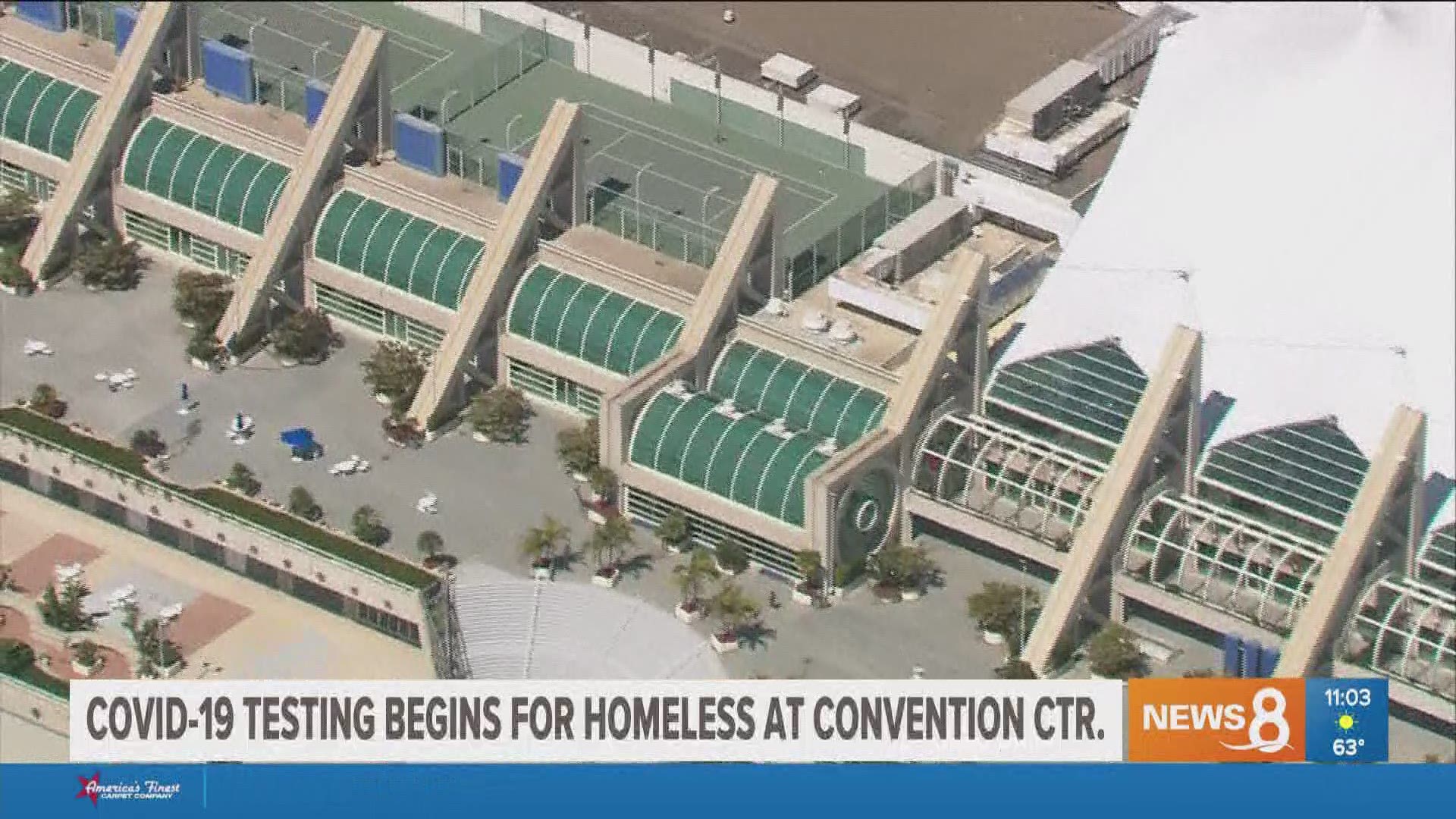 SAN DIEGO — Homeless people who are staying at the San Diego Convention Center began to receive testing for COVID-19 Thursday. Those tests will be given out daily to make sure no one inside the convention center has the coronavirus.

Health officials said everyone inside is showing no symptoms.The convention center’s population is now up to 800 people, it will grow to 1,500 as more people are brought in off the streets.

County Supervisor Nathan Fletcher has said so far 13 homeless individuals tested positive for coronavirus, but none of them were at the convention center. Those who do test positive or are showing symptoms will be staying at the 2000 hotel and motel rooms that have been made available.

Two local organizations are working together to test all homeless individuals housed at the San Diego Convention Center. The testing will be done by the Family Health Centers of San Diego and paid for by the Lucky Duck Foundation.

The process began Thursday with 150 tests a day and will grow to 250 a day until all people are tested.

"This is a great testament to our philanthropic community, to our partnership across multiple sectors. There's certainly been a focus on the homeless as far as stepping up with testing that was not previously available," said Fletcher.

San Diego has the fourth largest homeless population in the US with more than 8,100 people living on the streets.