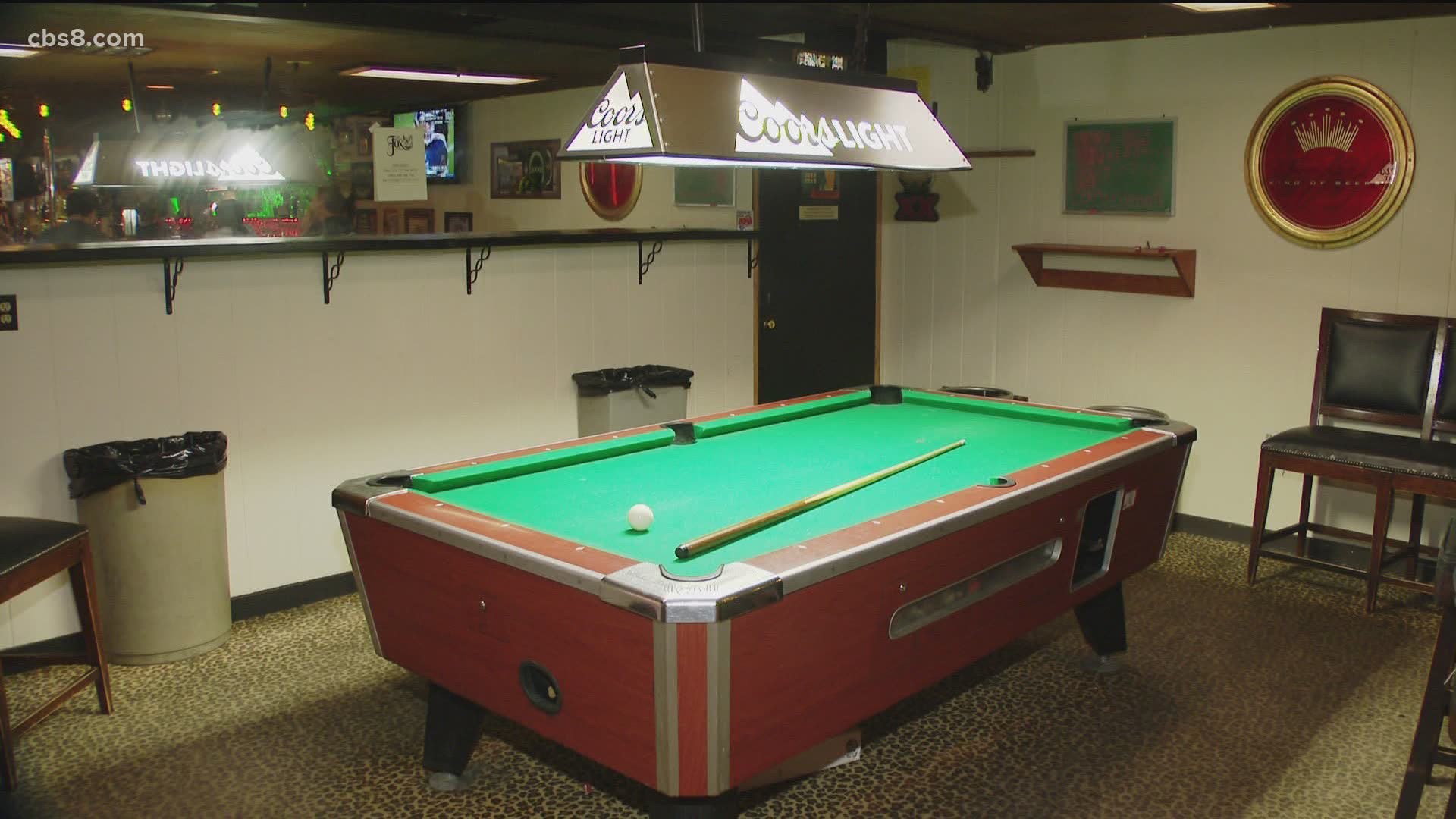 SAN DIEGO COUNTY, Calif. — A spike in COVID-19 cases and hospitalizations in San Diego County prompted officials Tuesday to pause any additional reopenings through at least Aug. 1 and issue a 10 p.m. curfew for all county restaurants.

Both restrictions go into effect at midnight.

Some bars that are being foced to close down for a second time are concerned that they won't be able to survive financially.

"I understand because people are sick, but it is hard, it's really hard," said Julie Kazmi, owner of The SIlver Fox in Pacific Beach.

Founded in 1975, it celebrated its 45th anniversary earlier this month, during the first shutdown.

Kazmi said it was expensive and labor-intensive to re-open. While she could have technically re-opened on June 12th, she took more than a week after that to make sure all guidelines were followed.

"We all scrubbed and cleaned," she added. "Everyone pitched in to make it happen!"

Now re-opened for just one week, she is now forced to close down once again. She said she is most concerned for her loyal staff of workers, whom she calls her family.

"I have 18 employees. They all have families. They have parents to take care of. It's not easy," she said

In regard to the new curfew for restaurants county-wide, County Public Health Officer Dr. Wilma Wooten said patrons already inside eateries by 10 p.m. may stay inside until 11 p.m., but those locations must be closed after then until 5 a.m. each day. Staff required to clean those facilities may remain inside after closing hours.

Officials said a recent trend of community outbreaks and increased case numbers was part of what spurred the new restrictions.

County Supervisor Greg Cox said, "We know that these measures are not welcomed by all. We recognize that this is a frustrating setback in our region's efforts to control the coronavirus and reopen."

Fletcher said that with the July 4 holiday weekend upcoming, closures were not anticipated for beaches, as he said all community outbreaks in the county have come from indoor settings such as bars, restaurants and gatherings at private residences.

Gov. Gavin Newsom on Sunday ordered all bars to close in seven counties, including Los Angeles County, and recommended that eight other counties close their bars as well to limit the rapid spread of the coronavirus.

Despite the recent increases in local cases, officials reported a decreased daily update locally, with 317 new cases on Tuesday and four additional deaths, bringing the county's total numbers to 14,149 cases and 365 deaths.

However, Tuesday also marked the highest number of patients in local hospitals on any given day due to COVID-19, with 493 hospitalized at present.