The state's Horse Racing Board will decide at its June 11 meeting whether to approve the Del Mar racetrack's plan. 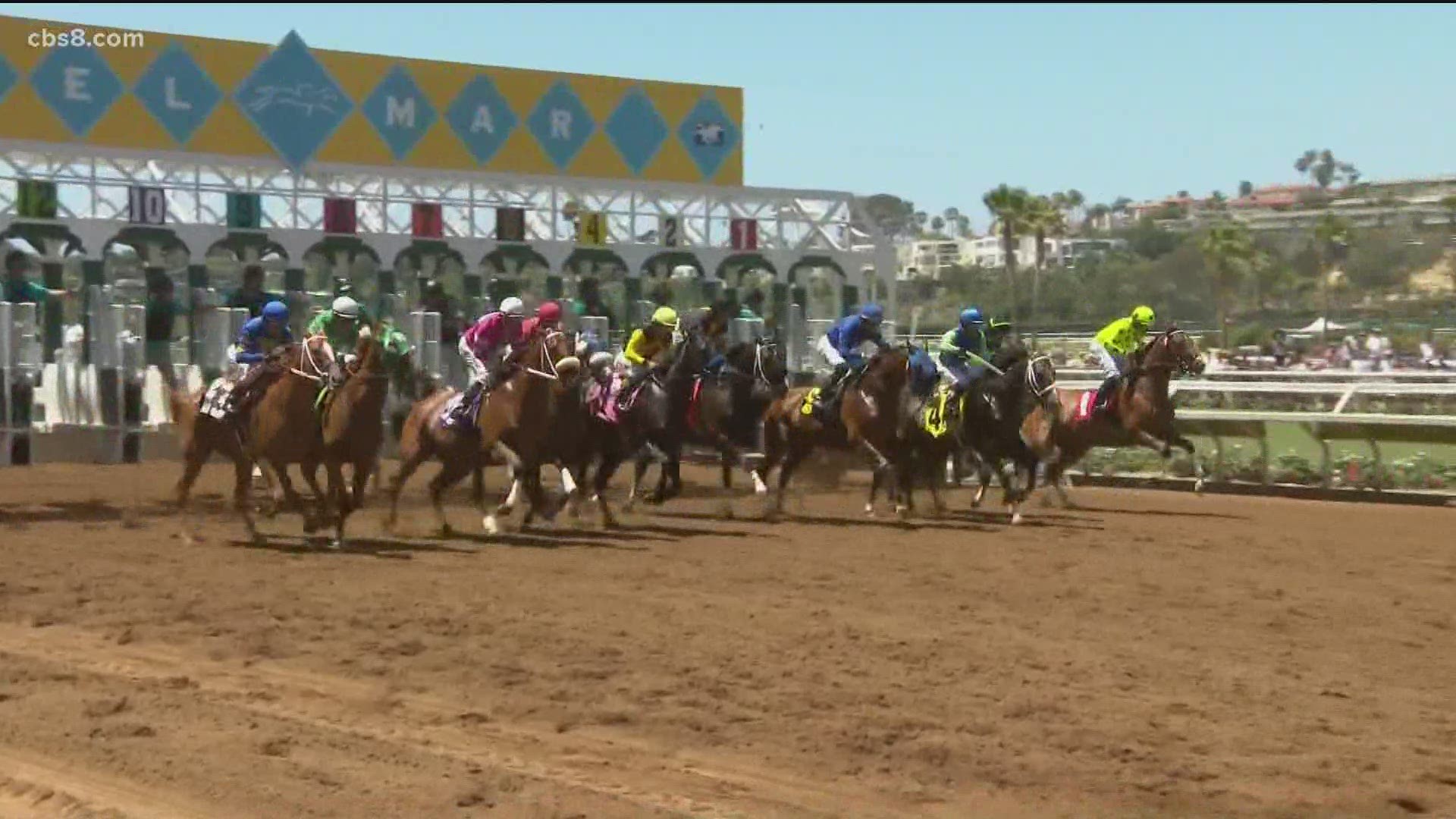 DEL MAR, Calif. — The Del Mar Thoroughbred Club announced it plans to start its racing season on July 10, pending the approval of the California Horse Racing Board. The board said they have no problem approving racing as long as San Diego County approves of the new safety measures.

The state's Horse Racing Board will decide at its June 11 meeting whether to approve the Del Mar racetrack's plan, which would employ a Friday through Sunday race schedule.

The track will operate without spectators for the foreseeable future, according to track officials.

Originally scheduled to open on July 18, the track's operators proposed moving up the start date to fit its usual amount of races in, despite an abbreviated schedule.

"We want to begin the meet earlier and offer horsemen the same number of opportunities to run as we have for the last several summer seasons," said Tom Robbins, executive vice president of racing for the Del Mar Thoroughbred Club. "And because the San Diego Fair was canceled this year, our track maintenance team will be preparing our racing surfaces earlier and we'll be able to have horses on-site sooner than in the past."

The proposed schedule calls for 291 races over nine weeks. The track ran 297 races over its eight-week summer program last year.

The track would offer 10-race cards on Friday and Sundays and 11-race cards on Saturdays, with the summer racing schedule set to close with a four- day week ending on September 7.

Wagering on Del Mar's races will continue remotely via online platforms like TVG and at off-track betting locations. The first daily post throughout the summer will be at 2 p.m.

RELATED: VERIFY: Can you get COVID-19 from swimming in the ocean?

RELATED: Beaches in Solana Beach, Del Mar and Carlsbad reopen for limited use