Pete Van Runkle, the Executive Director of the Ohio Health Care Association, says there are several reasons why workers are turning down the vaccine. 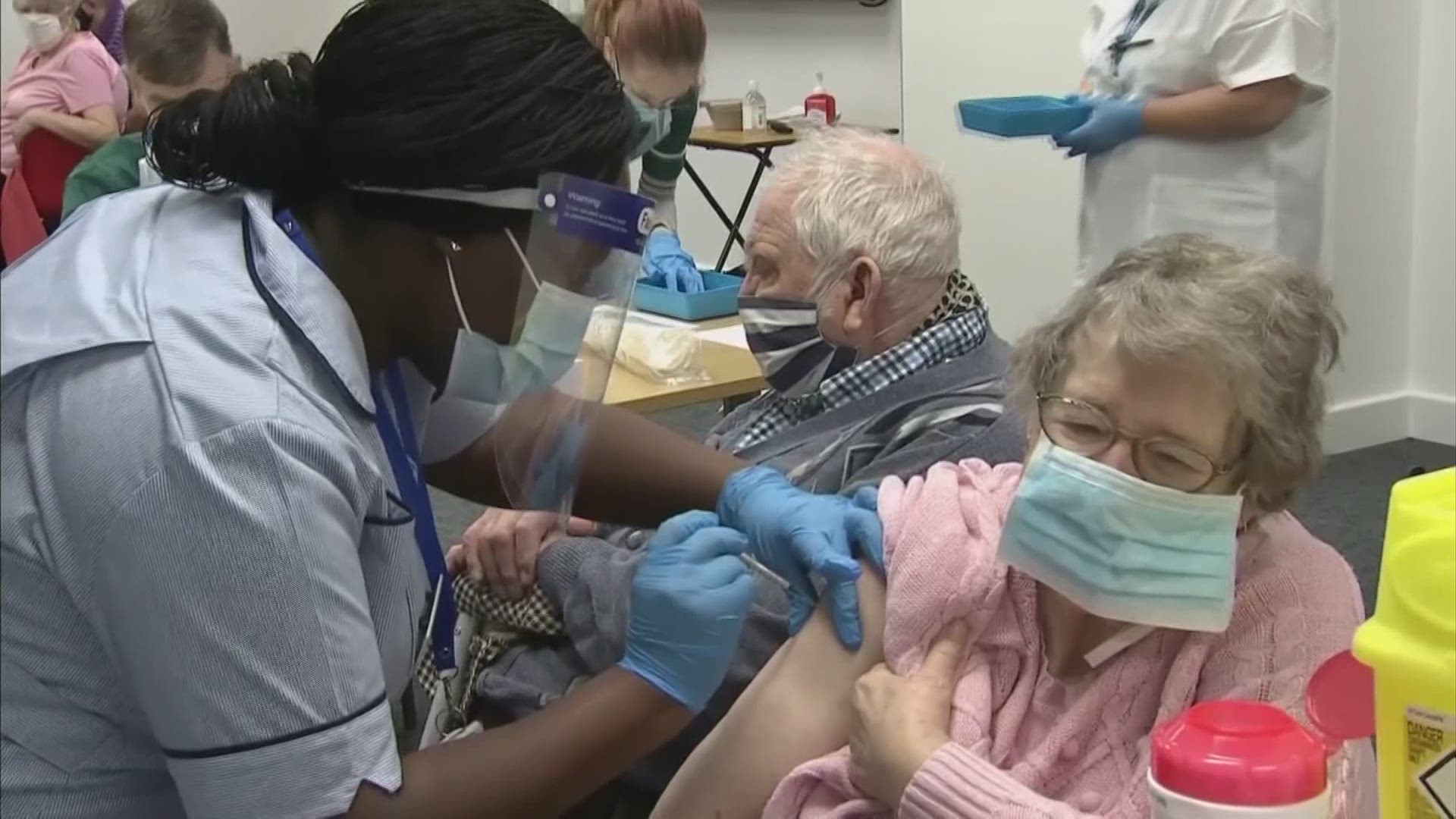 COLUMBUS, Ohio — Roughly 60% of those working in Ohio's nursing homes have opted not to get the COVID-19 vaccine, according to figures released last week by Gov. Mike DeWine.

So why aren’t some health care workers volunteering to get the COVID-19 vaccine?

The association represents more than a thousand nursing homes and skilled nursing facilities across the state.

Van Runkle said he's been told by some health care workers who aren't volunteering to get the vaccine that they aren't as concerned about the virus if their residents are being vaccinated.

According to Van Runkle, there is a correlation between low vaccinations of staff and facilities where outbreaks or deaths have been few.

He added that social media is making workers think twice about getting the vaccine.

Van Runkle says there is good news on the vaccine front. He says 90% of residents in nursing homes have opted to get the vaccine.

But Van Runkle also cautions there are bigger issues ahead for nursing homes across the state.

“We've still got new people coming in. We are going to need a structure to vaccinate them," Van Runkle said.

The OHCA says it's talking to the state about how to distribute vaccines when CVS and Walgreens stop providing them.