"I would hold him, he would fall asleep, and he would wake up every 30 minutes crying," said Joseph Dunn. His son was diagnosed with MIS-C. 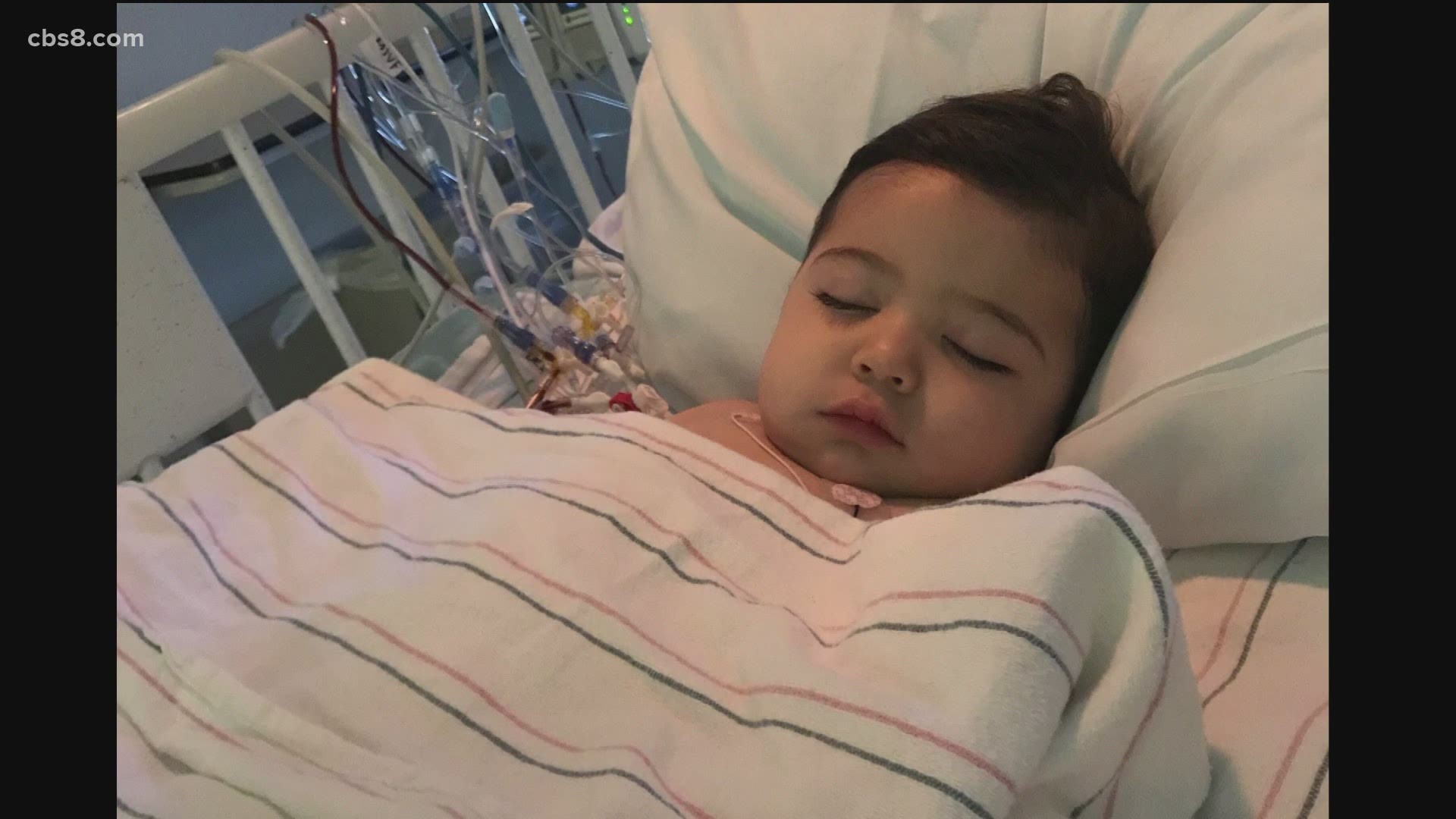 His son eventually ended up in the intensive care unit at Rady Children's Hospital.

"They were doing all these tests, and he's just crying and there's not much I could do," he said.

His son was diagnosed with MIS-C. According to experts, the illness only affects children who were exposed to COVID-19 four to five weeks earlier. Dunn tells News 8 he and his wife tested positive more than a month ago. Both had mild symptoms.

MIS-C is a serious condition where different organs can become inflamed, including the heart and brain. Though it's rare, it can be deadly.

According to the CDC, since May there have been more than 1200 cases of MIS-C nationwide, and 23 deaths.

"We're seeing a steady trickle of cases coming in," said Dr. Jane Burns of Rady Children's Hospital. "It's many more than what we saw in September and in August."

Dr. Burns is the Director of the Kawasaki Disease Clinic at Rady's. She's also a professor of pediatrics at the UC San Diego School of Medicine. She said the illness mostly affects school-age children.

Symptoms include a fever that won't go away for more than two days, abdominal pain, diarrhea or vomiting, a rash or changes in skin color, and trouble breathing.

News 8 asked Dr. Burns why do some children exposed to COVID-19 come down with it and others don't?

"We're very sure that this is going to turn out to be genetic susceptibility," she said. "So children will have been born with a genetic pattern that makes them susceptible to getting this. Because in a family, siblings only share half genetic information, we only see one child in a family at a time getting this problem."

She believes in another month we can expect to see another surge in cases from the holidays.

"It's very, very sad the adults can't behave better because it's the children who are really going to suffer," she said. "Even if the adults have mild disease we can't predict which child will have this reaction."

"It can be very severe and very frightening for the child and family and that exposure was probably preventable," she added.

"Super grateful to see him how he is now, acting a lot better, is amazing," said Dunn.

His message to parents is trust your instincts. If your child is experiencing MIS-C symptoms, don't hesitate to take him or her to the hospital.

"The earlier we get to these children, we start treatment for them, we can avoid some of the really serious complications. Staying away can be really really dangerous," said Dr. Burns.