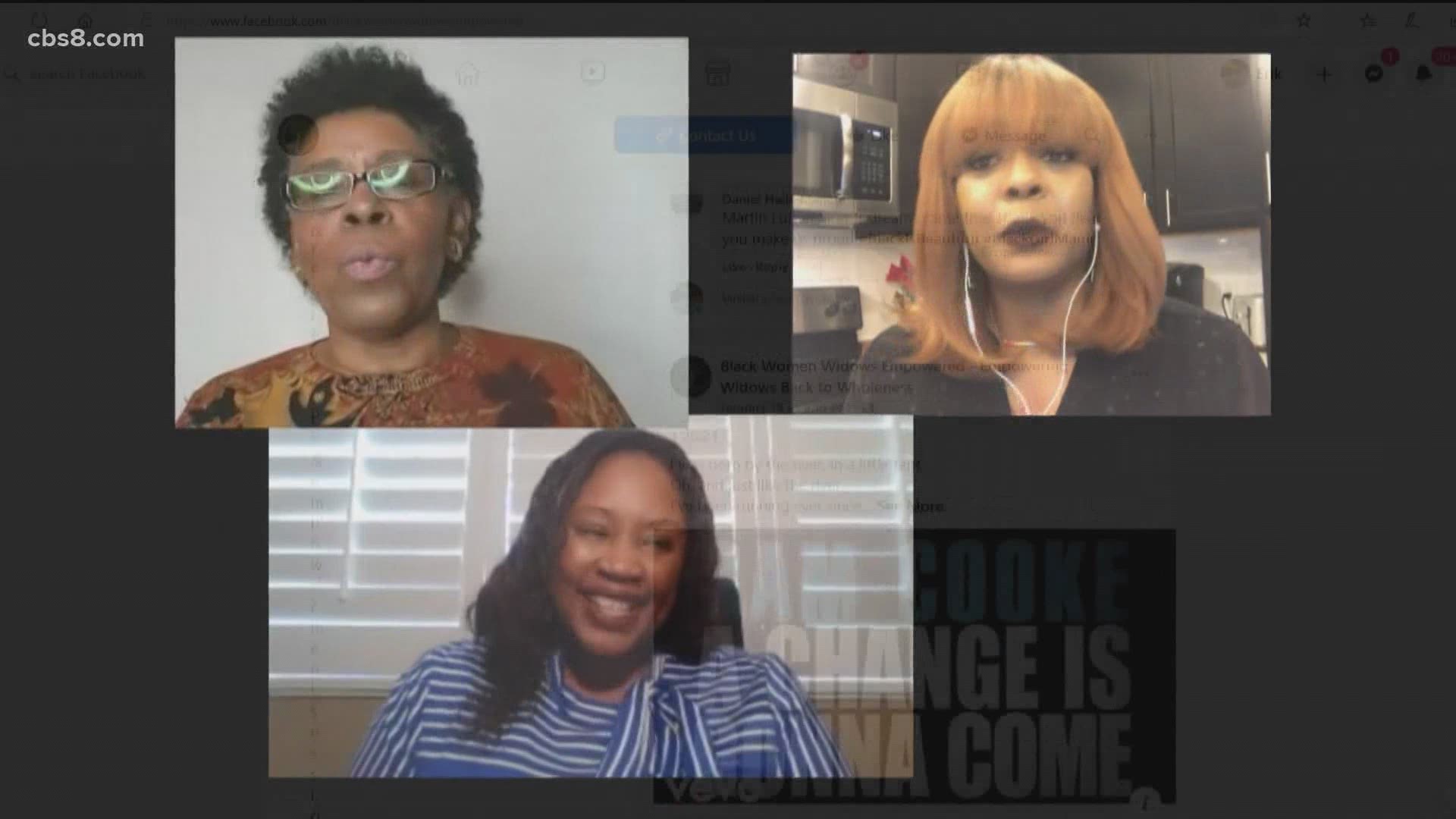 SAN DIEGO — Thousands of people have lost their spouses during the pandemic. They're now left alone to care for their children, left alone without their best friend. Some are turning to groups on social media to help them through their grief.

"He always opened doors for me, he treated me like a queen," said Dorez Douglas of Los Angeles.

"When the [corona]virus hit, he was in a nursing home. I started hearing terrible things about the nursing homes and what they were going through," said Douglas.

Doctors told Douglas he died from a heart attack, however, she suspects he had coronavirus. She never got to say goodbye to him.

"Both of them walk in and they go, 'I'm sorry to tell you we did everything we could for Lee, but he didn't make it," she said. "I just was horrified. My daughter and I didn't know what to say. We just sat there dumbfounded."

"That made it hard to really have closure," she added.

Erika Taylor-Ruffin of Apple Valley, California understands the pain of losing a spouse. Her husband Deandre Ruffin, died in November of 2018.

"He loves children, we were both in education and he was just a great man," she said.

"He just got really sick, his lungs dropped and they just couldn’t figure out what it was past pneumonia," she added.

The couple was married 20 years and had 4 kids. Moments after leaving his hospital room, doctors put him on a ventilator.

She says her husband's death shook their entire family.

Sabra Robinson of Charlotte, North Carolina, is the founder of the page.

"I felt there was a need. I had to search for online Facebook groups that cater to me as a black widow woman, I could not really find any," said Robinson.

"I feel for all of these ladies black or white," she said. "There's so many COVID widows now and they didn't have to be COVID widows."

Robinson lost her husband, Herb, to cancer back in 2012.

"The cancer got into his back, after that it moved to his skull, his brain," she said.

She says as his health continued to decline, they shared a moment she won't forget.

"He was like, 'You know you're a great woman,' just encouraging me when I should have been encouraging him," she said tearfully.

The women said the bond they've formed with other widows on the page is unique.

"When you’re an African-American widow, it’s like you still have to be strong," said Taylor-Ruffin. "We can't show weakness. This group allows us to be vulnerable and to show our pain without being judged. It is something about being around women who understand your pain."

Taylor-Ruffin said without the group, she doesn't know what would've happened to her.