Two military wives spoke to News 8 about how the sailors coped with the outbreak, the firing of Captain Brett Crozier and when the ship might be able to return home. 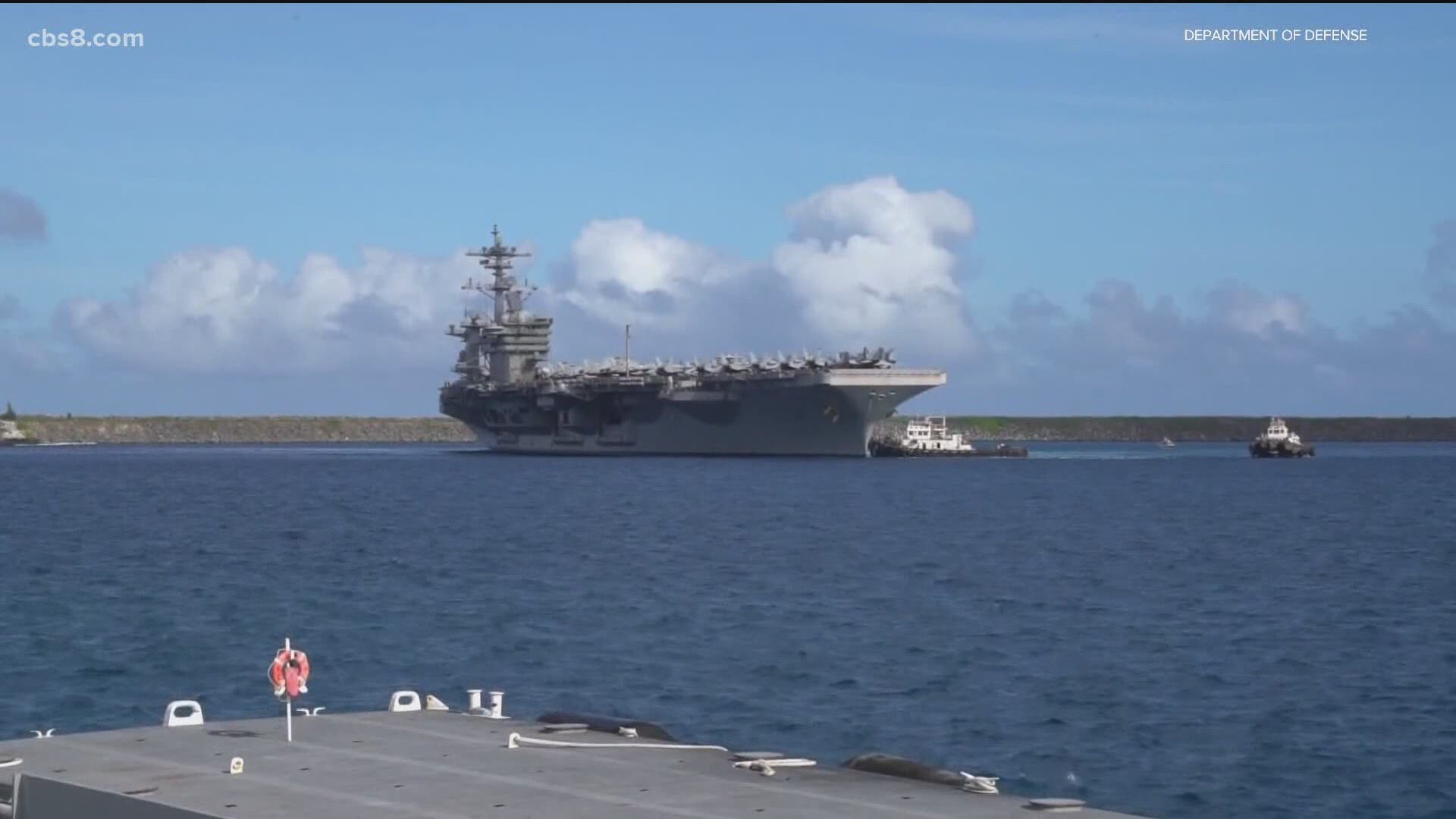 One of the biggest military leadership crises in recent years involved the coronavirus outbreak aboard the USS Roosevelt.

As the Navy decided not to reinstate Captain Brett Crozier of the USS Theodore Roosevelt, which was announced Friday, loved ones in San Diego wait. Families wait to hear when the ship will return to San Diego.

"It was very mentally and emotionally exhausting,” said Joanna Garner, whose husband is on the aircraft carrier. “I felt hopeless”

Garner said she was overcome with fear when COVID-19 made its way onto her husband's ship.

"It was hard because I wasn't hearing back from him, so I didn't know if he was with the part that tested positive or was he negative?” she said.

It wasn't until a month later she got word her husband Josh was OK - he had tested negative for COVID-19.

"Every little time I had to talk to him I was saying, ‘wash your hands, do this, clean this, don't get close to people,’” Garner said. “I went crazy with the whole packages I sent.”

The outbreak aboard the ship sidelined the Roosevelt in Guam for more than two months and left a quarter of the 5,000 sailors aboard infected, including one who died.

As for the outcome of the leadership of the Roosevelt? Garner feels the captain did everything right.

"Captain Crozier only did what he thought was right,” she said. “I do appreciate what he did. He was looking out for everyone [including] my husband. Who knows what could have happened if he didn't do what he did?”

When the coronavirus outbreak was discovered on the Roosevelt, Crozier sent an email to several commanders pleading for more urgent Navy action, including the removal of nearly all sailors from the ship to protect their health. That email was leaked to media, and the acting Navy secretary at the time, Thomas Modly, accused Crozier of bad judgment and directed that he be relieved of command April 2.

The decision by Adm. Mike Gilday, the chief of naval operations, to hold both Capt. Crozier and his boss, Rear Adm. Stuart Baker, accountable is a confirmation of concerns expressed by top Pentagon officials who demanded a deeper investigation last month when the initial probe recommended Crozier's reinstatement as the ship's captain.

Arielle Taramasco and her husband Marquis Paschal have only been married for a year.  She had no idea life overseas and at home would be so challenging.

"It was really hard to navigate because I didn't know how to take some news,” Taramasco said of working in the television news industry during the outbeak.

The Hawaii native said it was her husband’s strength that got her through.

"That's also why it's been a growing and learning experience because you have to,” Taramasco said. “There's just no way you can soundly, in good faith make it out of the pandemic in the same mindset that you went into it.”

Meanwhile, Garner said she stayed up til 3 a.m. Sunday morning to able to wish her husband – who is a new dad - a happy Father's Day through Facebook. She said their son Julian has gotten so big, her husband Josh will be surprised when he sees their first born.

Despite what happened to Captain Crozier both women said they believe he was doing what was right and are looking forward to having their loved ones back. Garner said she has no idea when that will be but she is waiting for the 48 - 72-hour notice they will get when a plan is known.