Many Californians remain baffled over when and where they will be required to wear masks after June 15, especially when it comes to work. 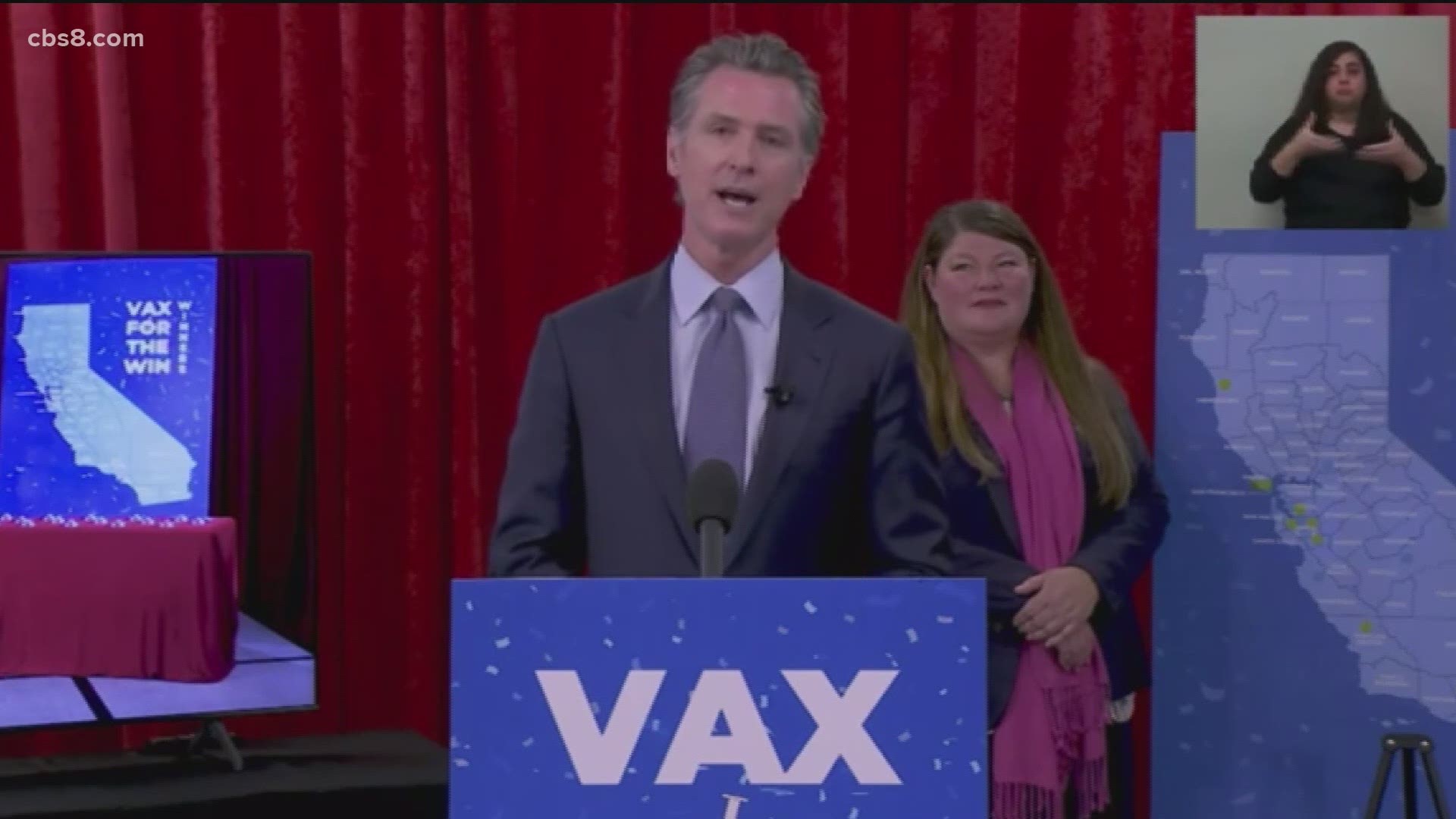 SAN DIEGO COUNTY, Calif. — With California's highly-anticipated re-opening less than a week away, there is a high level of confusion over whether, and where, masks will still be required.

Wednesday night's vote by CAL OSHA, the state's workplace safety board, to overturn their previous decision on workplace mask rules has created even more questions.

Governor Gavin Newsom on Thursday said CAL OSHA's decision to rescind its previous vote on workplace mask rules "encouraging" and said he planned to be in Southern California on Friday where he said he would "clarify" that decision.

In his talk of Friday, Newsom didn't do much clarifying. Instead, he said that he expects Cal OSHA will clarify in a press release that is expected to be released on Friday. Newsom said that it was "suggestive that Cal OSHA rescinded their original ruling and it was suggestive that he was highlighting it," which seems to point to the new mandates being in line with the CDC.

In the meantime, though, a lot of Californians remain confused and combative.

"We are done!! We will not comply anymore!!" one protester said at a rally outside the CAL OSHA offices in Orange County, as dozens of business owners demanded that the state drop all mask requirements in the workplace.

This protest came after the state's workplace safety board overturned its June 3 vote that would have required every employee in a workplace to mask up if even one worker were unvaccinated.

For the time being, when it comes to the workplace, the state is defaulting to the more stringent masking rules adopted last November.

"It is a 'Back to the Future' situation because we are reverting to the old rules when we were in a very different place with respect to the pandemic," legal analyst Dan Eaton told News 8.

Eaton said that he expects that, at that meeting, the CAL OSHA board members will enact workplace mask regulations that are in line with state and federal guidelines: namely, that fully vaccinated individuals will not have to wear a mask.

But Californians shouldn't expect those workplace rules to kick in immediately: they would still require review by a separate administrative agency.

New this morning : another update in the back and forth battle over mask guidelines in the work place. Here’s what’s happening https://t.co/pqCttGInS9 @EricNews8 @EvanNews8 pic.twitter.com/MZqblO5Iq5

"The fastest it is going to happen is the end of June," Eaton added. "And maybe the very end of June."

Outside of the workplace, though, more relaxed masking rules are set to take effect on June 15, letting vaccinated people go maskless in most situations if they wish.

"Understand that unvaccinated individuals will have to continue to wear masks indefinitely," Eaton cautioned.

Even beyond June 15, there are certain places that will still require masks for everyone regardless of vaccination status such as public transit, health care settings, K-12 schools and childcare settings, senior living facilities, and emergency & homeless shelters.

WATCH: Some frustration from the public over Cal OSHA and masks in the workplace: