The decision would end the tier system, but is dependent on a large increase of vaccine shipments that is expected under the Defense Production Act. 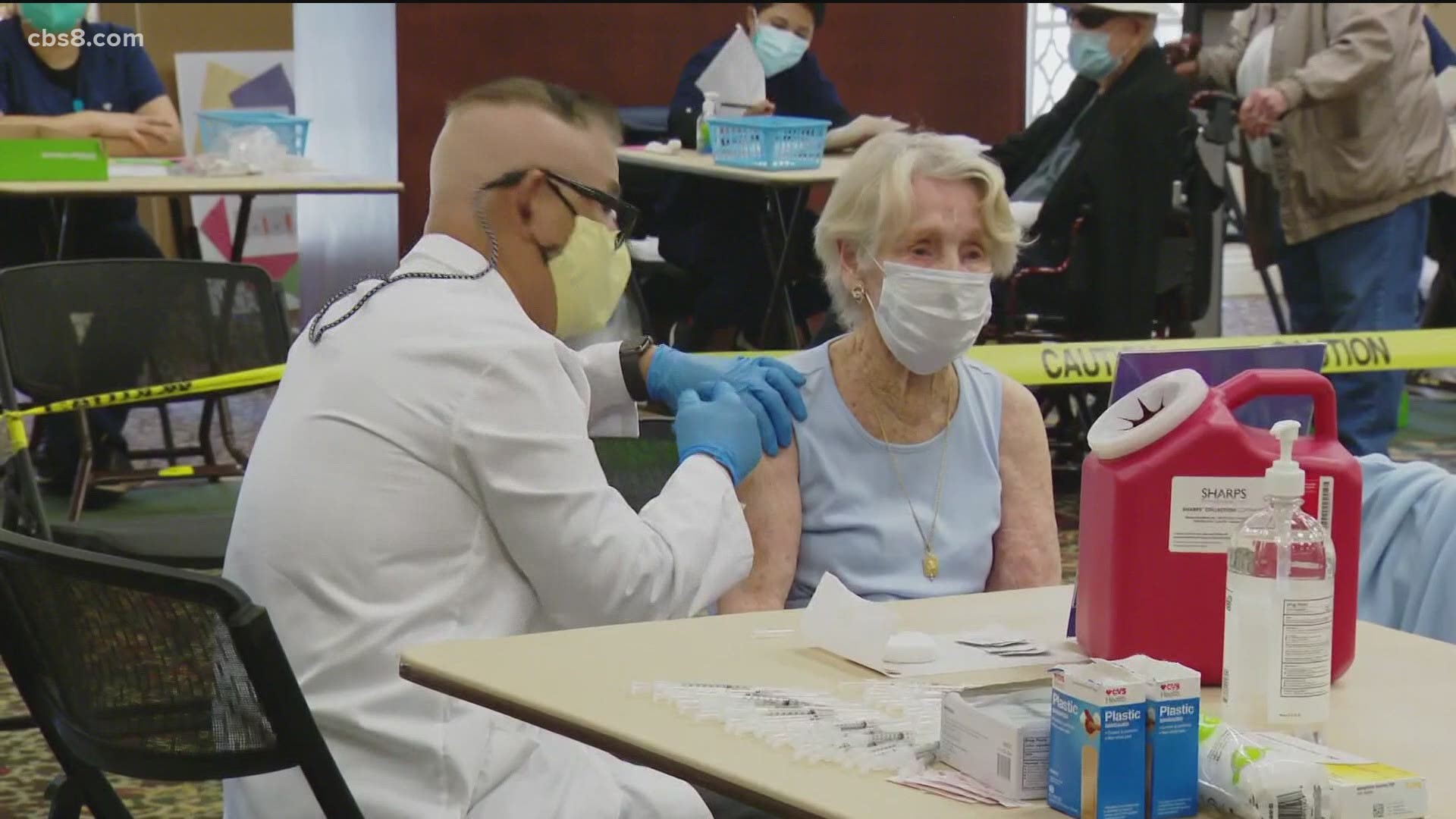 SAN DIEGO — Gov. Gavin Newsom announced all Californians could be eligible to receive a coronavirus vaccine by the end of April if we receive an expected sharp increase in supply. The decision means the vaccine tier system will end in less than six weeks.

"Supply will exponentially increase, so within a few weeks these issues will substantively be addressed,” said Newsom. "Everywhere in this state, people are demanding more vaccines and our only constraint is manufactured supply."

The state is banking on increased shipments of Johnson & Johnson’s one-shot vaccine after President Joe Biden used the Defense Production Act to increase manufacturing. The president has previously said he would direct states to make all Americans 16 years and older eligible for the vaccine by May 1, although teens aged 16-18 are only eligible to receive the Pfizer vaccine.

The exact timing of the increase is still unknown.

San Diego County expects it will receive 10% more vaccines this week over last week, or about 185,000 doses. However, most of the superstation appointments are for the two-dose Moderna vaccine.

“The pace at which we're going is not the pace that can be sustained if the goal is to make it available to everyone in May, which means it has to increase,” said Supervisor Nathan Fletcher. “We don't know when that will be and it would really be irresponsible to just speculate. It just has got to happen soon, and I think when it does, we're well-positioned to be able to really open the spigot and go fast.”

Many of the county’s vaccine sites are operating at less-than-capacity because of supply shortages. Several were intended to operate seven days a week but now close for a few days.

It also allowed the county to accelerate the closure of its Petco Park superstation, which was the first to open in January. The site, run by U.C. San Diego Health, vaccinated its last patient on Saturday to make way for the Padres’ Opening Day.

Another large vaccine site may open at the San Diego Convention Center, if needed, once supply increases. The facility is being used for Operation Shelter to Home, which helped people experiencing homelessness during the pandemic find permanent housing, through the end of March.

“We have the capacity right now to do significantly more per day than we're doing, but we may have to even increase beyond what we have now and so we're preparing for that as well,” said Fletcher. “There is going to be a shortage of first appointments in particular until the supply increases significantly. So, we ask for everyone's patience. We can only make appointments available for vaccines we receive, and we have no control over the supply of vaccines.”