Students were welcomed onto campus for a modified version of in-person instruction Tuesday. 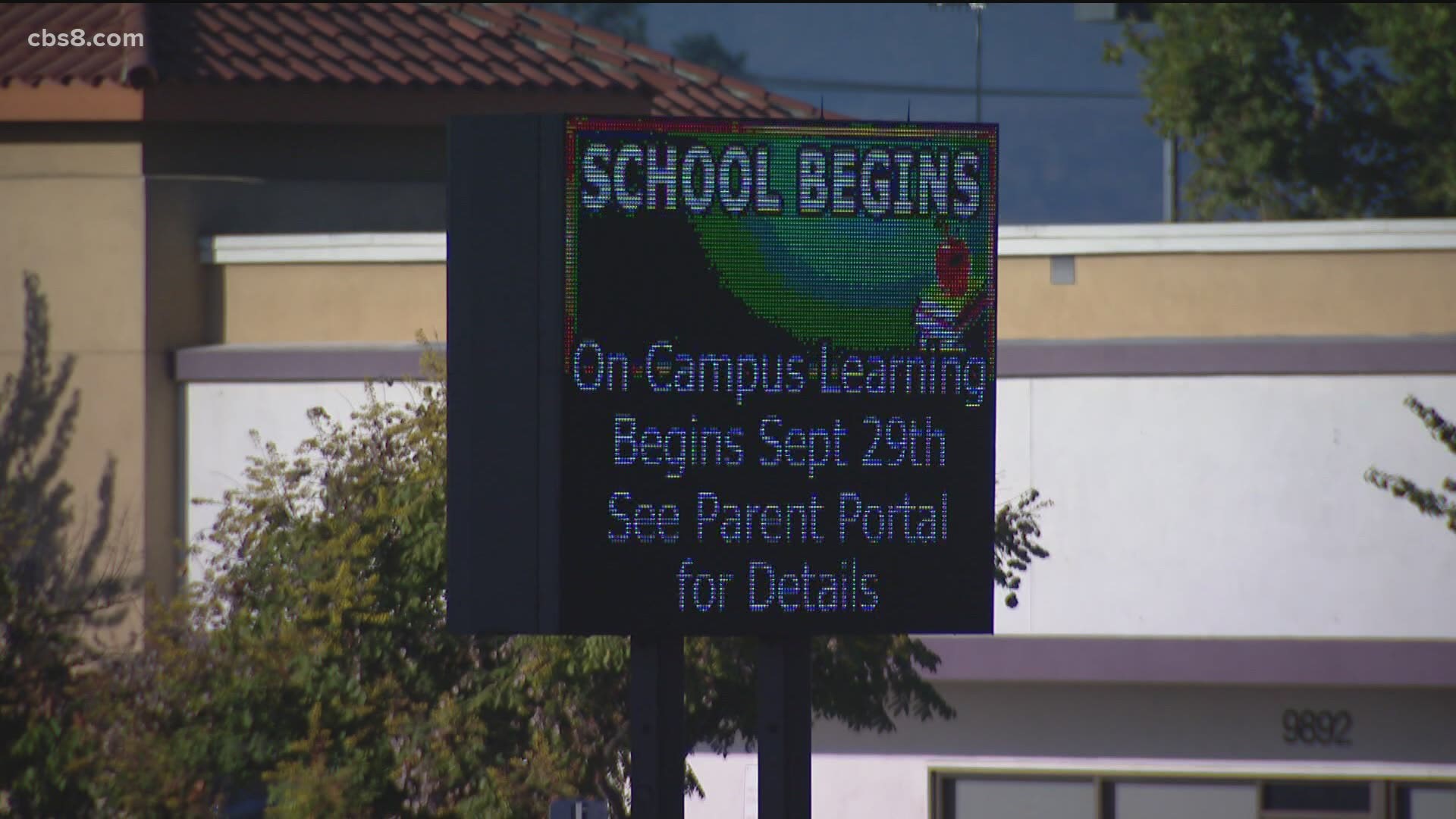 SAN DIEGO — With masks on, temperature checks, and social distancing in check, students at Grossmont Union High School District (GUHSD), were back for day one of in-person instruction on Tuesday

Students were welcomed onto campus for a modified version of in-person instruction. CBS 8 spoke with the Superintendent Theresa Kemper and a few students as they walked in for the first time.

"It took a lot of work to figure out how to break them into groups so we could do the hybrid model, so kudos to anyone who can figure out ways -- especially secondary students on campus because it is not easy at all," Kemper said.

The strategy in Santee is to bring 20% or one-fifth of the student body to school one day each week, with the remaining days staying virtual.

"My day is Tuesday and then the other four days are online," one student said.

Superintendent Theresa Kemper said when parents were asked about if they wanted their students to return in-person, 68% said yes.

With only 20% of the student body on campus, the question still remains as to how long it will take for a larger percentage of students to be back on campus. Kemper said there are no markings on their calendars quite yet, but they’re keeping an eye on the county coronavirus numbers in the meantime.

"It's the beginning of getting back to normalcy, which is very important for all of our high schoolers -- all students in general," Kemper said.

Kemper said in the event a student tests positive, the entire class will be asked to quarantine and get tested as well. Kemper added that parts of the campus have even been renovated recently, allowing students to see those renovations for the first time.

According to GUHSD officials, as they see the county case rate decline, the number of students that are allowed to return will slowly increase from the baseline of 20% on campus each day. School officials said if a parent doesn’t feel comfortable with their student being on campus, they’ll remain virtual for the time being.